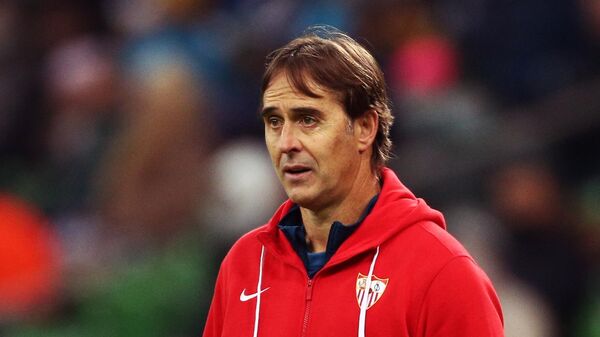 MOSCOW, 6 Oct – Spanish specialist Julen Lopetegui said he was sad to leave the post of head coach of the Sevilla football club.
Sevilla announced the termination of the agreement with Lopetegui after the team’s defeat in the third round match of the Champions League group stage against Borussia Dortmund with a score of 1:4.
Lopetegui took charge of Sevilla in the summer of 2019. The coach helped the team win the Europa League in the 2019/20 season. After seven rounds in the championship of Spain, Sevilla are in 17th place in the standings with five points. In three matches of the Champions League group stage, Sevilla have scored one point and are in third place in the Group G table.