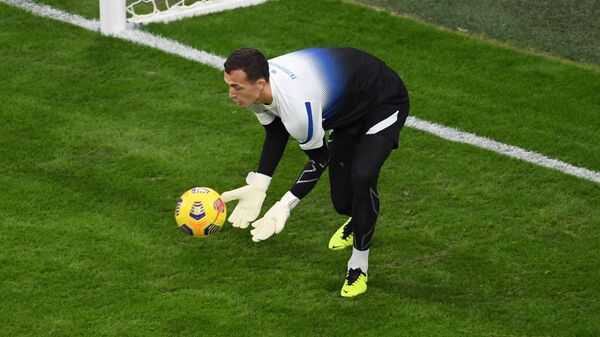 MOSCOW, May 14 – Russian goalkeeper Andrey Lunev will make his debut for Bayer Leverkusen in the Bundesliga round 34 match against Freiburg on Saturday, the German team reports on Twitter.
Lunev, who joined the club from Leverkusen in July 2021, will play his second match for Bayer Leverkusen. He played his first game for the club in the Europa League on December 9, 2021 against Ferencváros (0:1).
Bayer is third in the standings with 61 points. Freiburg are fifth with 55 points.