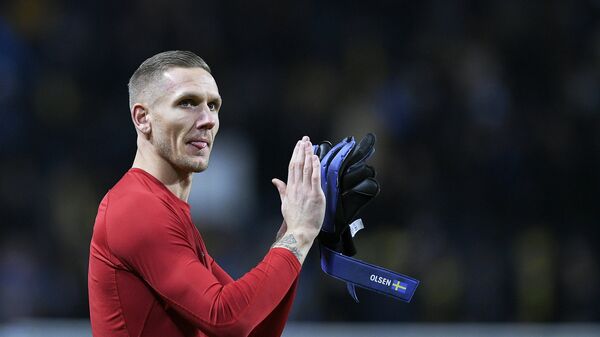 MOSCOW, May 22 – Manchester City have issued a statement on their official website saying they have immediately opened an investigation into the incident that happened to Aston Villa goalkeeper Robin Olsen during the celebration of the city’s victory in the Premier League at the Etihad Stadium.
On Sunday, in the match of the final, 38th round, Manchester City won a strong-willed victory over Aston Villa with a score of 3:2 at home and became the winner of the national championship for the second time in a row and for the eighth time in history. After the match, the head coach of the Birmingham club, Steven Gerrard, said that Ohlsen was injured by Manchester City fans.
Manchester City would like to offer a sincere apology to Aston Villa goalkeeper Robin Olsen, who was attacked when fans ran onto the pitch after tonight’s final whistle. The club immediately launched an investigation,” Manchester City said in a statement.
It is noted that after the perpetrator is identified, he will be banned from visiting the home arena of the “citizens”.