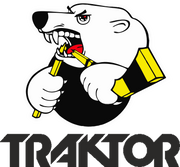 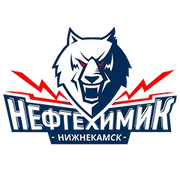 petrochemistRussia
The meeting in Nizhnekamsk ended with a score of 4:0 (2:0, 2:0, 0:0) in favor of the guests, whose brace was scored by Vladimir Tkachev (11th minute and 37th minute), Sergey Kalinin also scored (6 ) and Alexey Byvaltsev (34).
“Tractor” won the third victory in the regular championship of the KHL and is seventh in the table of the Eastern Conference. “Neftekhimik” suffered the sixth defeat in a row and is on the last, 11th line. Nizhnekamsk is the only team in the league that hasn’t won since the beginning of the season.
In another match of the KHL regular season Avtomobilist Ekaterinburg beat Sibir Novosibirsk at home – 5:2 (1:1, 2:0, 2:1). At Avtomobilist, goals were scored by Macek Brooks (1), Stefan Da Costa (25), Oleg Lee (35), Curtis Volk (52) and Danil Romantsev (59). Vyacheslav Litovchenko (7) and Vyacheslav Osnovin (50) scored in Sibir.