The project, which the Russian Hockey Federation sent to the KHL, assumes that 22 championship clubs will be divided into two conferences.

The main goal of this division is to increase the number of matches between rivals of equal strength. In accordance with the FHR project, all participants in the championship will have time to play with everyone during the season. But the number of meetings will be different. So, teams from different conferences will play each other twice – once at home and away. The remaining 50 matches out of 70 (that is, 70% of the regular season) will be in conference games.

In this way, the top clubs will neither become isolated in their own circle, nor isolate themselves from teams with more modest capabilities. But the emphasis will shift towards increasing the intensity and competitiveness of the championship. After all, it is obvious that in the meetings of rivals who are comparable in strength, the level of entertainment and wrestling is much higher. 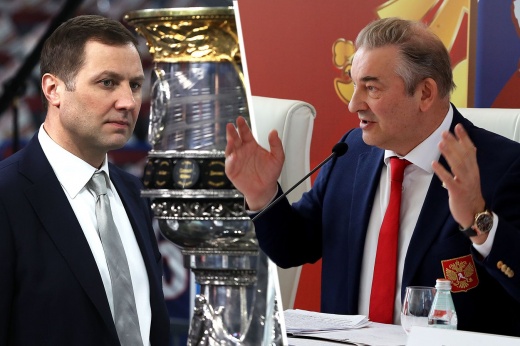 FHR is preparing a revolution in Russian hockey. What is behind her plans to split the KHL?

The second option implies that the top eight from the Yurzinov Conference and the top four from the Yakushev Conference will directly go to the playoffs, and four more teams from each conference will play for the remaining tickets in the same play-offs.

The KHL has already split into two leagues

The project proposed by the federation has not yet been approved. But putting this reform into practice is a step that is long overdue. Without changes in the structure of club competitions, it is impossible to give impetus to the development of domestic hockey. Moreover, the existence of many problems in the current hockey industry is due precisely to the stagnation of the KHL championship. 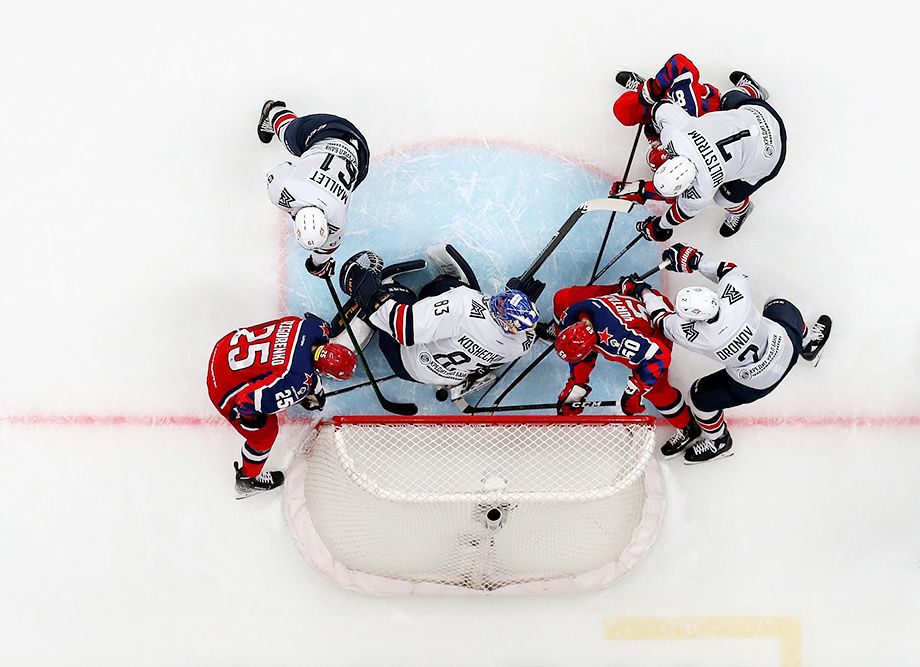 First. The structure of the championship simply does not correspond to modern realities. The scheme, where there are more than 20 clubs and the desire for the maximum number of games of all with all, was relevant for 2008-2010. Then the Russian Enkhaelites returned to the league en masse, the best legionnaires from the most powerful countries of hockey Europe came in the same mass, the youth did not leave overseas at the same pace as today. Now there are simply not enough strong hockey players for more than 20 teams. The ill-conceived realities of the salary cap have pushed to North America not only most of the stars, but also many gifted young masters. 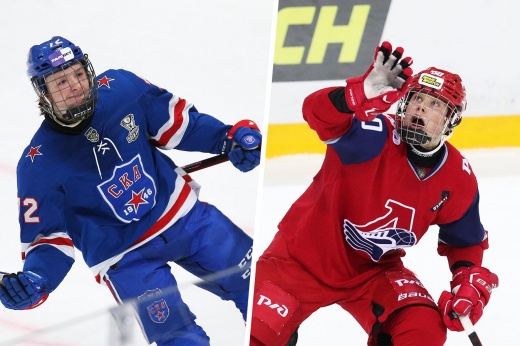 And those who remained in the KHL are progressing more slowly than they could. And this second evidence of the inefficiency of the current championship formula. Top clubs and all the others were divided approximately in the proportion of “50 to 50”. De facto, two leagues have existed within the KHL for a long time. And the difference in class between them is so great that a good half of the championship matches take place without real wrestling at all. Some people know that you can play at full speed, but still win by three or four goals. Others understand that even 150% dedication will not allow them to win and will only result in fatigue in the next matches. As a result, in conditions of a shortage of real competition, hockey players simply do not progress.

Without reform, the national team suffers and ratings fall

Third. In addition, the Russian team suffers. When forming a national team, coaches have, in fact, to rely on personnel from two or three clubs. Plus, individual candidates from two or three more teams, which, however, are also among the traditional favorites of the championship. The choice of the national team is limited precisely because within the championship there are no conditions to constantly improve in skills. Before our eyes is an example from recent history – the Super League of the 2000s. It had fewer teams (16 participants) and a lot more intense, competitive matches. Each regular championship was a real battle, since only 8 clubs went to the playoffs. As a result, in a few years, a whole generation of star players has grown up inside healthy club hockey, thanks to which Russia was able to win four world championships and is still in first place in the world in terms of the number of world championship medals over the past 10-15 years. Both at the adult level and at the youth level. 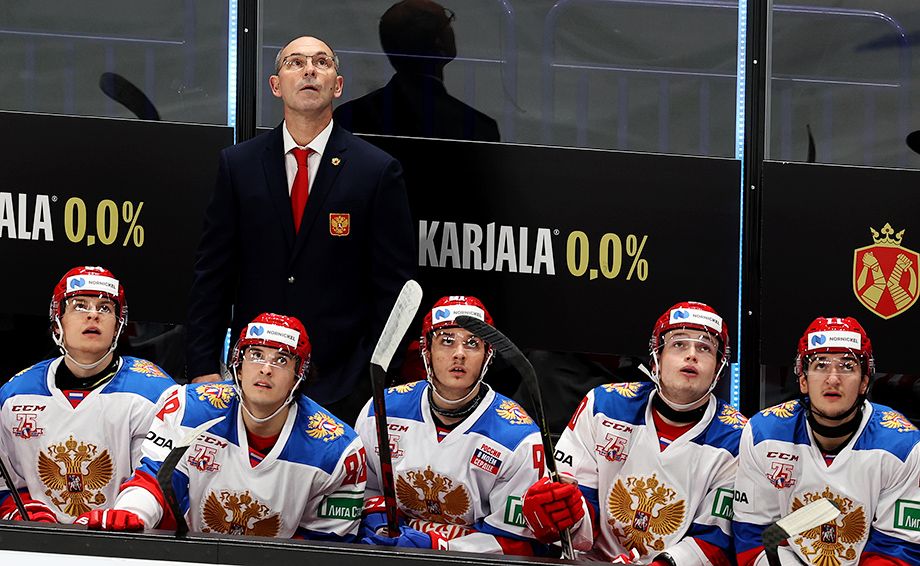 Fourth. The KHL ratings, which are quite appropriately called catastrophic, also speak of the troubles of club hockey. According to Match TV, in the 2020/21 season, the league ratings were one and a half times inferior to the Euro Tour and the World Cup. At the same time, it should be understood that Match TV showed only those World Cup matches in which our team did not play. It turns out that hockey with the participation of the national teams of Finland, Latvia or Britain was more interesting for the domestic audience than the games of Russian clubs. The state of affairs, of course, is unacceptable – especially considering that the KHL ratings were taken into account by the highest indicators of the semi-finals and the final of the playoffs (and the interest in the regular season is even lower).

Fifth. Life itself shows that the most meaningful and high-quality club hockey is demonstrated precisely when the best teams of the country take to the ice against each other. Here is an example from the recent Gagarin Cup. In the first round of the playoffs, the second-tier clubs lost to the favorites without a chance (gained 7 victories in 7 series, while their rivals won 28 matches). In the second round, the picture began to level off (one series even dragged on to 7 meetings). And from the third, in the semi-finals of the West and East, a really high-quality fight began. And so from year to year. Almost all industry professionals say that our hockey needs such “knife games” not only in the playoffs, but also in the regular season. A recent example is the recent statement by the coach of the reigning champions, the legendary army man Sergei Fedorov. 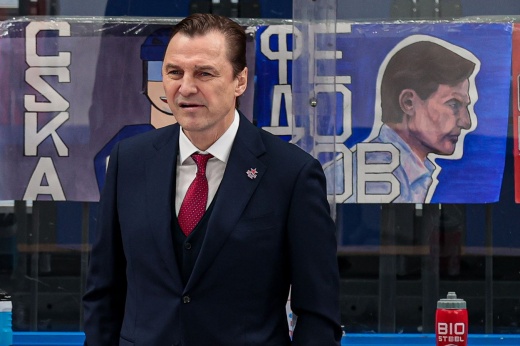 “My vision of hockey pleases any player.” Frank conversation with the legendary Fedorov

The reform from the FHR will solve many problems

If the draft calendar from the FHR is implemented, then the Russian club hockey will have new growth drivers. There are a lot more hard and intense matches – in fact, there will be not even 70, but 90% of them. After all, the top clubs will have to resist not only against rivals from the Yurzinov conference, but also against the rest. The scoring is going on inside the conference, and you will have to defend your place in the playoffs, as well as high cup seeding, in an eternal struggle with your own kind. A marathon in which you can not give up slack.

Club hockey will be more efficient in training personnel for the national team. The more games “from the knife” – the more hockey players progress. An example is not only the Super League of the 2000s, which we talked about, but also the modern NHL. From there, any team, whether Russian or Canadian, is always attended by great masters who are ready to be leaders in tournaments at the level of the World Cup and the Olympics. When the KHL begins to offer the same powerful game practice, this will solve not only the problem of a shortage of candidates for the national team. But it will also keep young people from leaving. 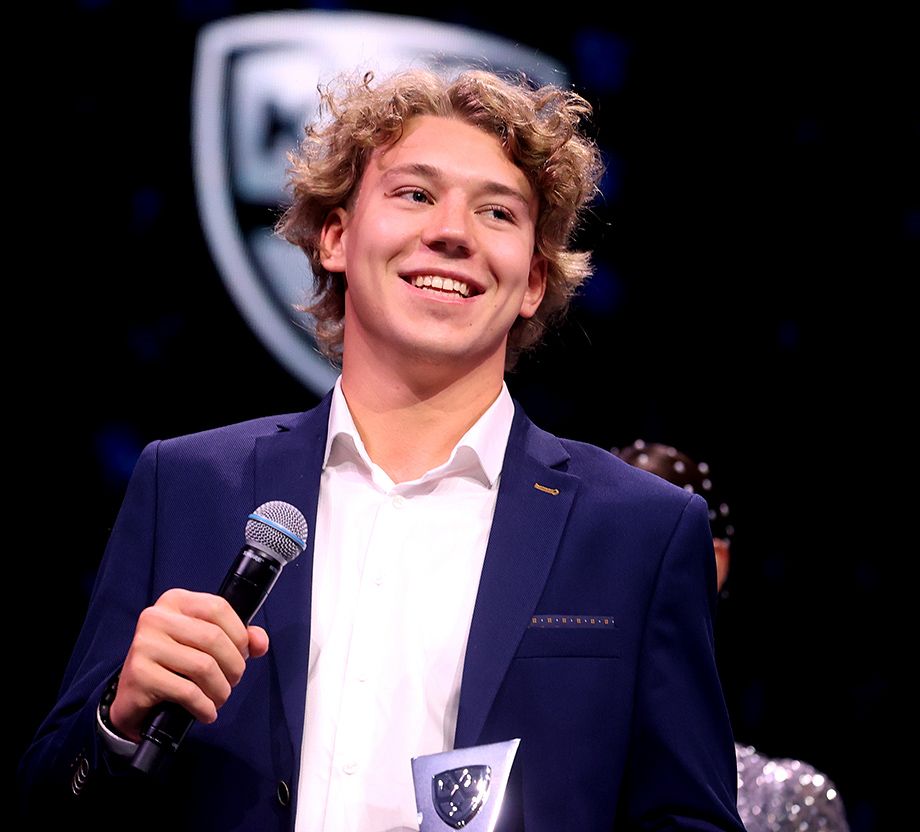 Interest in the championship from the audience and television will increase. Matches between top clubs objectively have more fans in arenas, higher broadcast ratings. But after all, the “swamp” will also disappear (a dozen teams that lost their chances for the playoffs even before the New Year and play carelessly). After all, in the proposed format, almost any participant in the “Yakushev Conference” to the last will count on the fulfillment of the task.

Finally, the playoffs themselves will be more fair and intriguing. Now the strongest clubs of the West and the East have not met each other for years, and this is wrong. Artificially created isolation, which must be overcome as soon as possible! The very principle of determining the champion will become more fair – not to mention the new depths of game practice and additional “pumping” ratings.

All previous years, the KHL, when compiling its calendar, copied the NHL. But in order to play according to North American recipes, we do not have the human resources (that is, about a thousand of the best players in the world) or positive trends to justify such copying. The FHR project is a full-fledged roadmap for import substitution in the hockey industry. And to accept it for execution is an urgent, urgent need for all Russian hockey.