You may be familiar with the board gameCarcassonne“. If not, a brief summary: you have square cells with roads, castles and churches. They must be placed on the table so that they fit together according to the rules. Whoever has the most beautiful and well-built possessions, he won.

Dorfromantik, essentially a video game adaptation of the concept. Only instead of square cells – hexagons-hexes, and instead of castles – a European village. The concept is quite simple, but at the same time ingenious.

This is the perfect example of a game that can be a time killer alongside classics like Tetris and 2048.

At the beginning of the game, you are given a set of hexes with a variety of content: ordinary land, forest, houses, rivers, railways. You lay them out on the table, docking with each other. You can put it anyhow, or you can try to place them according to their meaning: forest to forest, field to field, and so on. For this you get more points. You can go even further and try to build beautifully: divide the territory into zones, delimit the development of forests and houses in different parts of the map.

Sounds very simple, if not primitive. But still, the construction of low-poly houses and forests is seriously addictive – and there are reasons for this.

First, the aesthetics: Dorfromantik looks cute and pretty. It’s just really nice to watch her as your planning grows a small suburb out of nothing. With groves, fields with mills, rivers with ships and, of course, mighty railways with engines that go back and forth on their little engine business. The meditative soundtrack maintains a warm and kind atmosphere – as if you are a child with a huge box of parts from a designer who is building his fictional country on the living room floor. 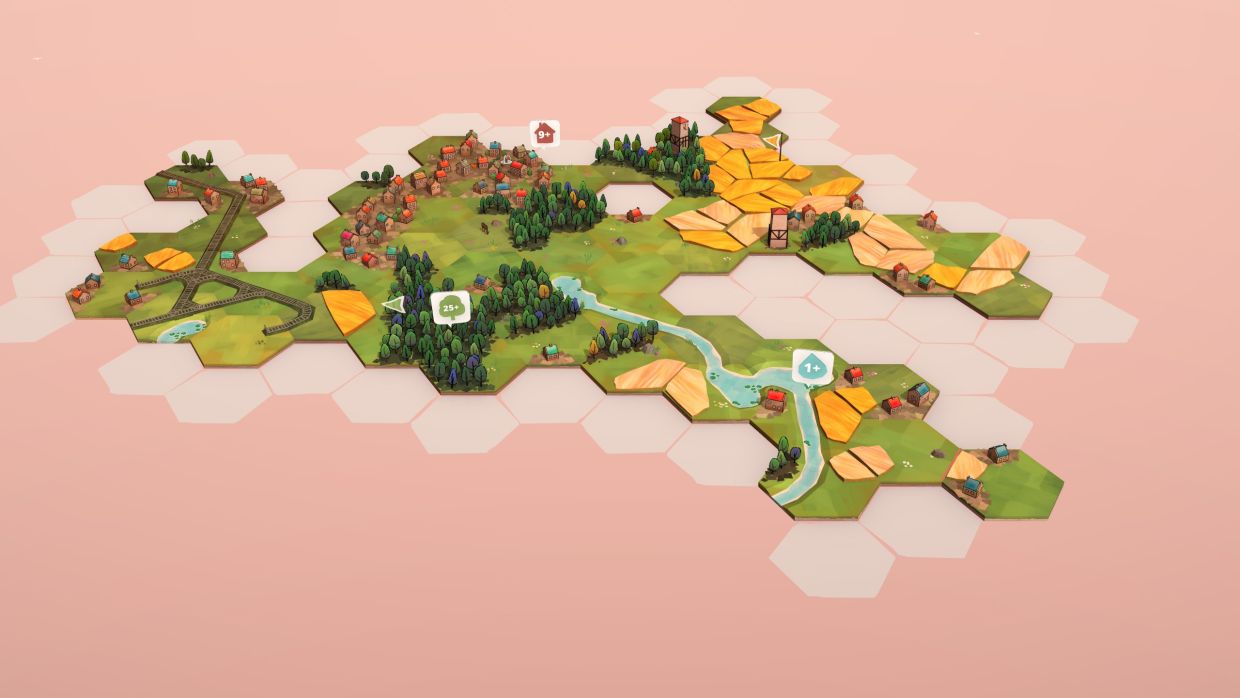 Secondly, short-term and long-term goals are the secret to the success of any 4X strategy, which has perfectly taken root in a small puzzle. Your main task is to score as many points as possible before the hexes are over. New ones can be obtained for mini-tasks – successful combinations of the necessary hexes. There are also separate modes where there are other conditions (for example, to achieve the highest score in just 150 hexes instead of infinity), but the main goal is the same: score as many points as possible until the details of your constructor run out.

Very similar to the main rule of “Tetris”: earn as many points as possible by destroying geometric shapes until they reach the top of the screen. 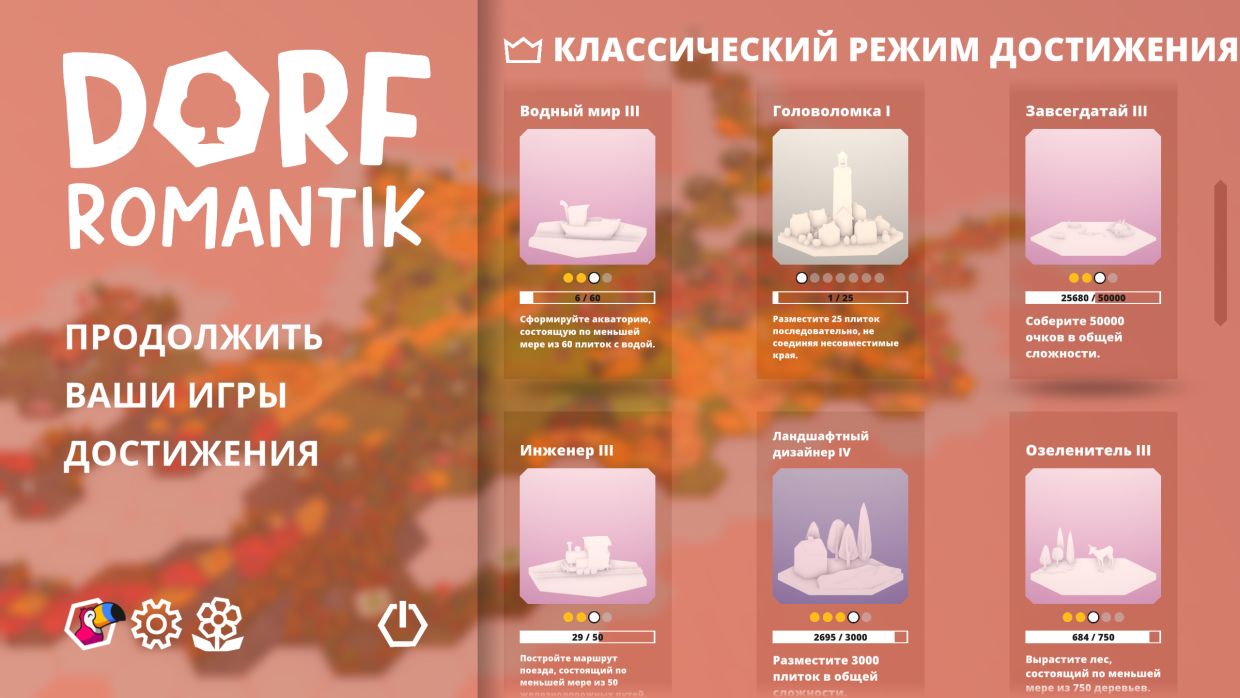 But in Dorfromantik there are also intermediate goals – hexes with tasks. Some of the lands you place on the table have an indication in the form of a number. It indicates how many more similar elements must be docked to get bonus points. Thus, the game encourages you to build meaningfully: what if a task for 30 wheat fields arrives? And you already have a whole farm in advance, because you have placed all the wheat hexagons in one convenient place in advance. 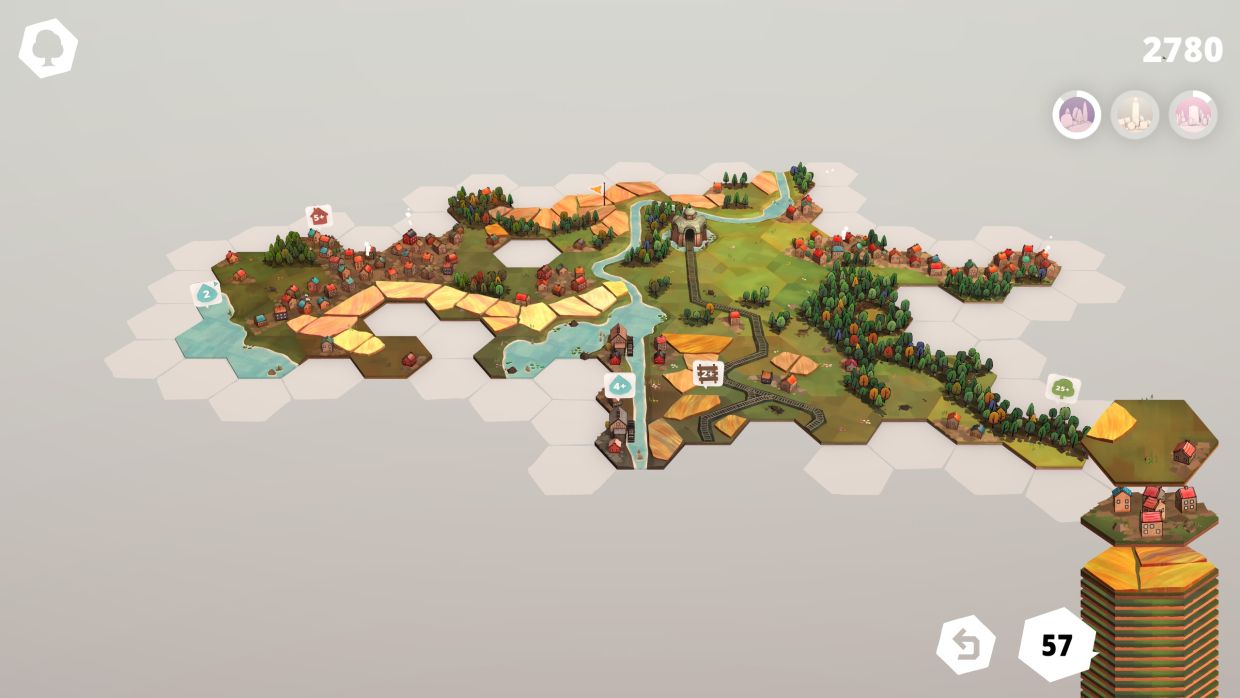 In addition, there are especially difficult tasks on the borders of the map, reaching which is a separate task. For their implementation, as well as for achievements in the main menu, new decorative objects are opened. For example, not an ordinary forest, but with little animals. Not an empty railway, but with a train. Not a boring field, but with a farm. Since the game does not have any donation or other mechanics other than creation, decorations for your suburb are the best and only incentive to achieve something. 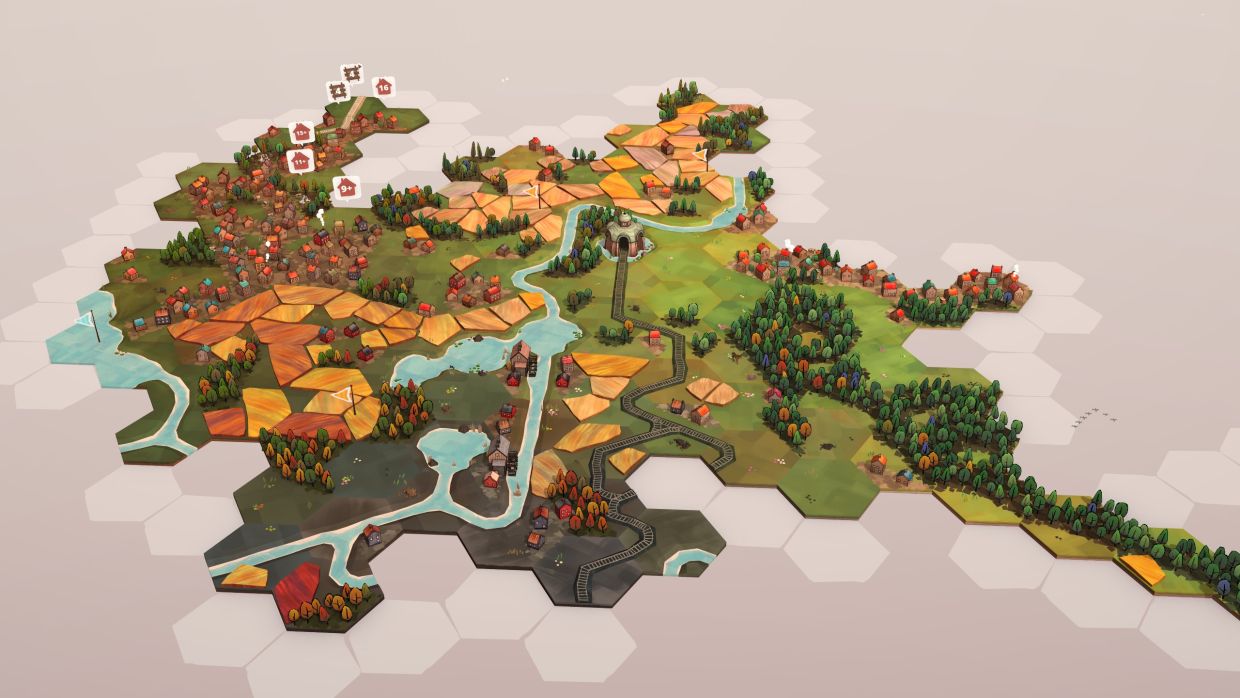 Dorfromantik is actually a very small game, and you can’t say much about it. It is interesting because a fairly simple idea can captivate for a long time. In our world, you can still come up with something exciting without a lot of mechanics and complex systems – and at the same time, it is extremely understandable for players of any skill level.

This is not a loud blockbuster, but still a landmark game for the genre. It’s interesting as a unique concept that big AAA games can’t afford. Dorfromantik has no role-playing elements, leveling, multiplayer, battles, some kind of plot, dozens of unnecessary mechanics and important moral choices. This is literally a game about how you build houses and grow forests in such a way that it is beautiful. Everything. Other than that, there is nothing else. And it’s fun. This is the strength of this video game – to be fun, interesting and competitive with a minimum of mechanics, focusing only on its main idea. 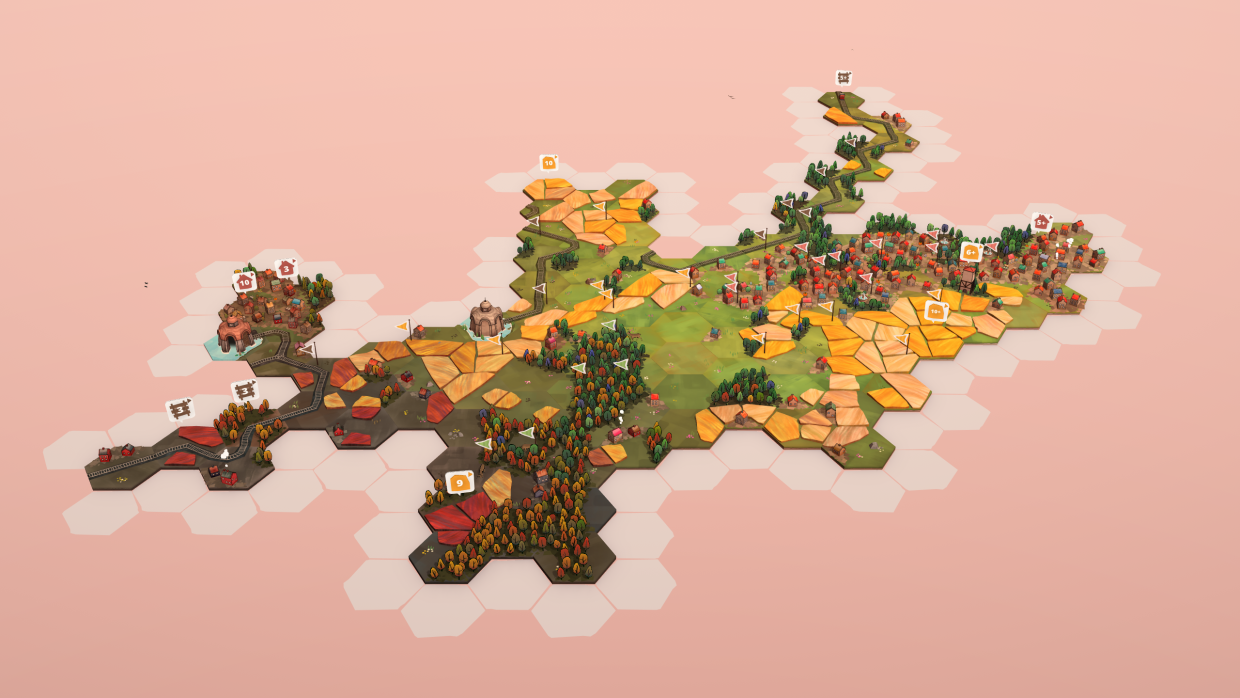 If you are tired of endless shooters, “adult” games and competitive shooters, then Dorfromantik has a chance to become a favorite. An ordinary, sweet and very kind game that can help you kill time, take a break from everything or just relax with a video or movie on the second monitor. A rare example that a video game can be fun without killing, overpowering, conflict, competition, and grinding.