Home News Ozdoev: victory over "Krasnodar" will give "Zenith" momentum for the championship 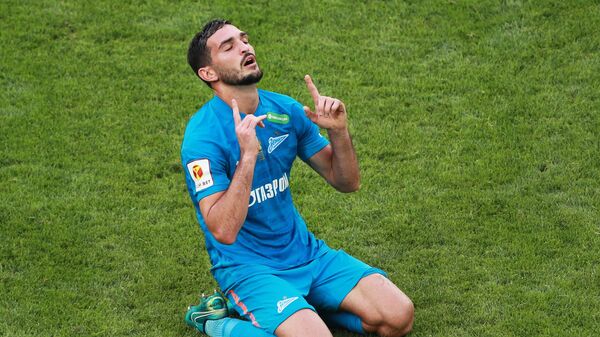 Ozdoev: victory over Krasnodar will give Zenit a huge boost to the championship

MOSCOW, April 25 – Midfielder of the St. Petersburg “Zenith” and the Russian national football team Magomed Ozdoev believes that the victory over “Krasnodar” in the match of the 26th round of the Russian Premier League will give the “blue-white-blue” a serious impetus in their quest for another championship gold medal countries.
“Zenith” on Monday beat “Krasnodar” on the road with a score of 3:1. Ozdoev came on as a substitute and scored the third goal of his team.
“The most important thing is that we won and we are moving on to the championship. Every year it turns out that we play here (in Krasnodar) the game that determines the champion. I think today’s victory will give the team a huge impetus so that we finish another year with gold medals,” – Ozdoeva quotes the official website of “Zenith”.
The Petersburgers have extended their unbeaten streak in the championship to 15 matches and four rounds before the end of the championship they are six points ahead of Dynamo Moscow, which is in second place. “Zenith” can become the champion of Russia for the fourth time in a row.
“On the one hand, six points ahead of Dynamo is a lot, on the other, it’s not enough. Every match is very important, and just like we won today, we need to win the next one. And move forward,” said the midfielder .
In the next round, on April 30, the Petersburgers will take on Lokomotiv Moscow.