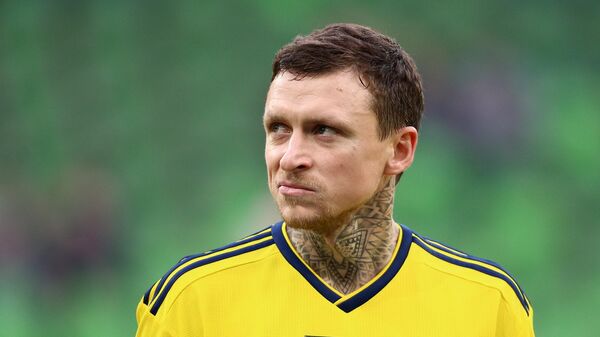 Pavel Mamaev became a father for the second time

MOSCOW, June 21 – Russian footballer Pavel Mamaev became a father for the second time, according to the telegram channel of his second wife.
Mamaev and Nadezhda Sanko got married in January of this year. The newborn son was named Timothy.
“Happiness,” the second wife of the football player signed a post on the social network.
The last club of the 33-year-old Mamaev was Khimki, for which the midfielder played one game. From 2013 to 2021, the footballer was married to Alana Mamaeva. In marriage, they had a daughter, Alice.