Interesting things are happening at the World Championships in Finland. For the past week, local media have been hyping the story of how treacherous Russia, pissed off at being banned from the tournament, will attempt to disrupt the world championship by dumping compromising information on players and coaches, staging cyberattacks, or just provocations on the Internet. In fact, the Finns themselves, without anyone’s help, got into a huge scandal on the first day of the World Cup! 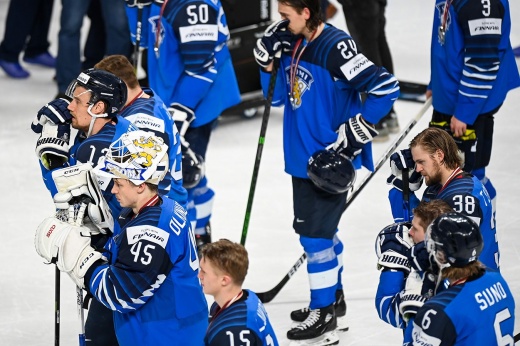 “Russia can blackmail with compromising materials.” Finns fear for their World Cup

Two days before the start of the World Cup, a video tour of the team’s dressing room at the Nokia Arena in Tampere was published on the official account of the Finnish national team on YouTube. The staff and players told and showed how the life of the team works – a kitchen, a room for rest, for sharpening skates, a sauna, and so on.

A viewer from another country did not find anything seditious in this video, and the Finns noticed an unusual flag on the ceiling of the locker room. Seemingly familiar symbols – a blue cross, a yellow Finnish lion. But it turns out it’s not that simple! 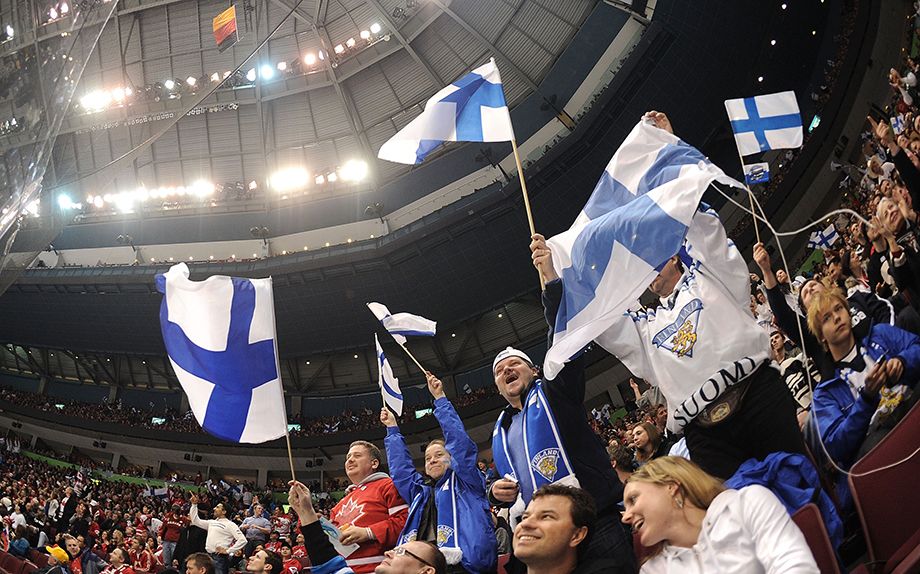 Fans of the Finnish national team

Finland has several official flags. There is a civilian one with a blue cross on a white background, it can be used by everyone, and this is the flag used by fans in the stands or raised in honor of the victory of the Finnish team at the same world championships. 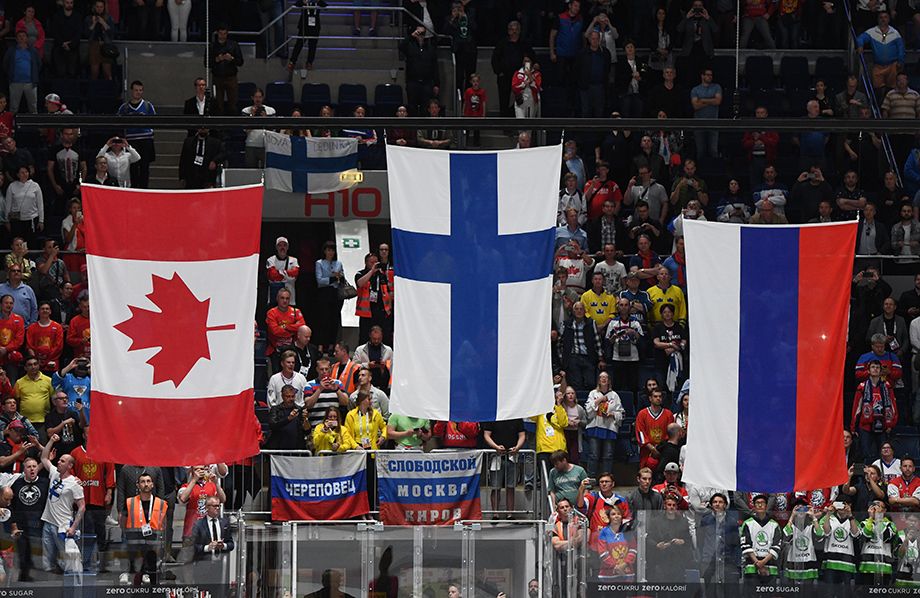 Flags of Canada, Finland and Russia

The same flag, but with the coat of arms of Finland on the cross, is used by various government departments and authorities – parliament, ministries, police, courts, and so on.

And there is a flag in which the horizontal strip of the cross on the right side ends with a sharp “tongue”. It was he who was hung out in the locker room of the Finnish national team. 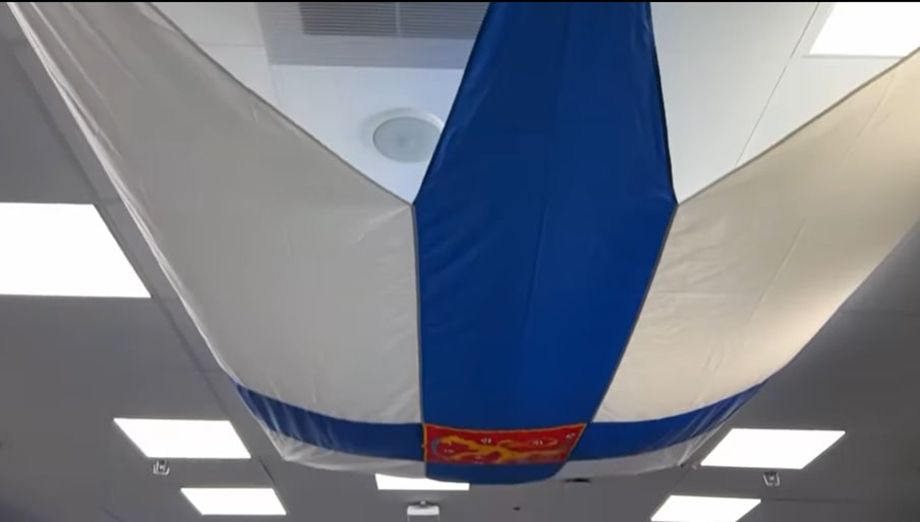 According to Finnish law, “the flag with the tongue is used by personnel, troops, departments and ships of the Ministry of Defense.” The English-language Wikipedia reports that this flag is also called the “flag of war.”

Ilta Sanomat cites the following excerpt from the law: “Anyone who illegally uses the flag of the President of the Republic or any other state flag must be fined for violating the Finnish Flag Law.” That is, a hockey team, even the national team, does not have the right to use it – it has a completely different, exclusively military purpose.

This strange find has already been commented on by an employee of the Finnish Ministry of the Interior, Janne Üyyjärvi, who called the use of the military flag a hockey team accident.

“This flag can only be used by the armed forces. It will be correct to change the flag. A case can be opened if someone reports an illegal flag to the police. I guess they hung this flag because they just didn’t know which flag to hang. Rules for displaying flags indoors [не в общественном месте] the same as on the street,” Yuyjärvi told Ilta Sanomat. 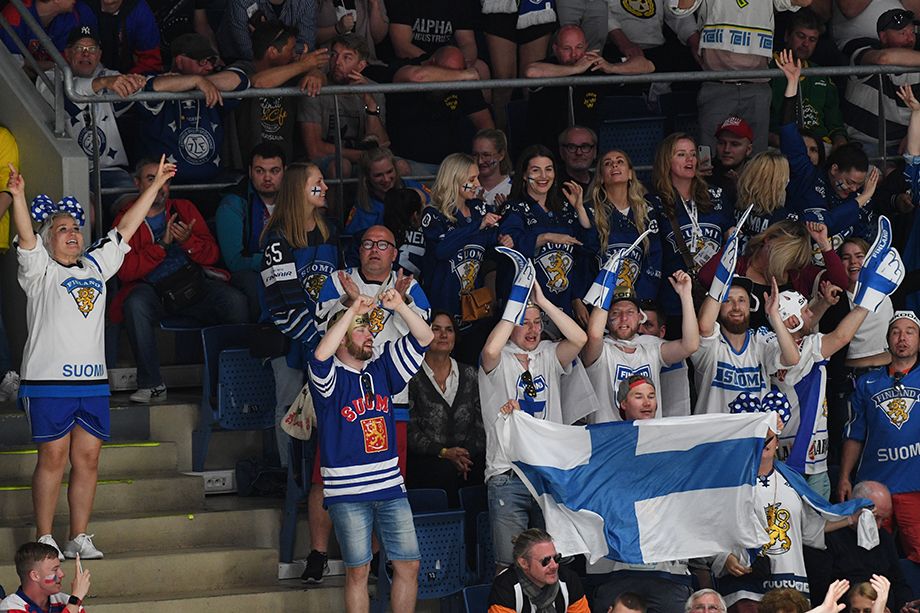 Fans of the Finnish national team

The media also interviewed the administrator of the Finnish national team Mika Kortelainen, who said that the team has been using this flag for several years, but no one noticed it before: “This flag has been hanging in the locker room for six years. We treat it the way a valuable flag should be treated and keep it with dignity.

During the celebrations in the locker room, we take it off so that it does not get dirty. Certain stories remain within the team. The flag has been here for six years and has been photographed before. We appreciate our flag, I can say that the government is aware of this. So far, we have not received any instructions that the flag should be changed. Of course, we will do it if the situation requires it.” 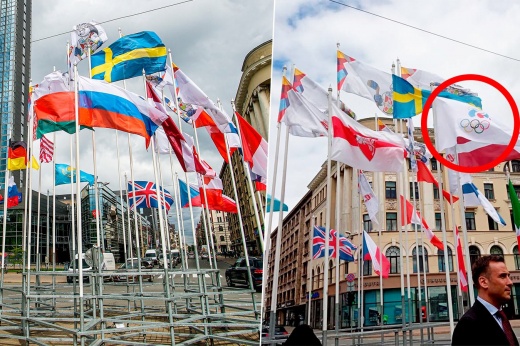 At the World Cup in Latvia, the Russian flag was quietly replaced! This came to light after the scandal with Belarus

That’s it – they were waiting for provocations from our country, they did not wait and began to provoke themselves. And this is not the first scandal with flags during the world championships. Last year, the flags of all participating countries were hung on the streets of Riga, and then, when this fact began to be actively discussed in the press, the flags of Russia and Belarus were quietly replaced with the flags of the ROC and BCHB.

The IIHF then did not do anything, confining itself to a statement criticizing the actions of the mayor of Riga, who was the initiator of the replacement. But when, almost a year later, a reason to deal with Russia and Belarus turned up, the federation did it immediately.

And what will the IIHF do now – will it show toughness or turn a blind eye to the “war flag”, because only the Russian team can be punished, but not participants from Europe? I think everyone already knows the answer. 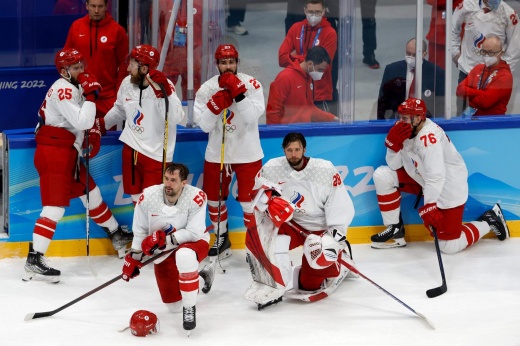 Russia was cut off from world hockey. And they took away the MFM, which was so expected in Siberia