Home News Review of the film “Doctor Strange: In the Multiverse of Madness” –...

The hype around the sequel to Doctor Strange arose immediately after the announcement of the subtitle: “In the multiverse of madness.” Then still unexplored territory for Marvel immediately attracted the attention of everyone. The concept was that everything impossible becomes possible.

However, the film went through several stages of rework – at first it was planned to be released before Spider-Man: No Way Home, and the director of the first part, Scott Derrickson, was supposed to shoot it.

As a result, the sequel to “Strange” comes out after the appearance of the multiverse in the Marvel films – the series “Loki” and the movie “No Way Home”. And the director was replaced by Sam Raimi himself – the father of the film adaptation of the comics about Spider-Man with Tobey Maguire.

We decided to tell about the film from two sides – without spoilers and with spoilers. 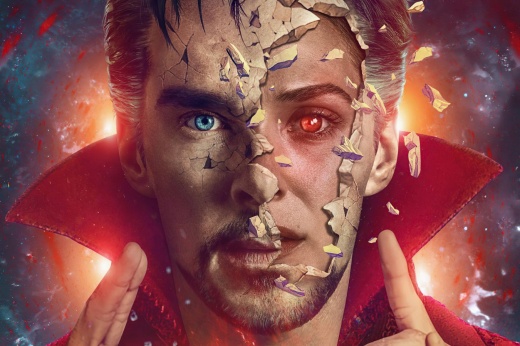 All spoilers and plot description of Doctor Strange 2

Unfortunately, all the turbulence in the production of Doctor Strange: In the Multiverse of Madness took its toll on the final product. First of all, it concerns the script. The duration of the film is only two hours, but there are not so many important events in it – most of the time the characters are just doing “something”.

Yes, this happens in other films, but such episodes still somehow expand knowledge about the characters or the world. Here, even seemingly important scenes often just turn out to be a screen that leads to nothing at all. We will talk about such scenes later with spoilers.

However, the most offensive in relation to the film with the subtitle “In the multiverse of madness” turned out to be the multiverses themselves and the madness that is absent from them. Surprisingly, only a few worlds are shown here, one of which almost completely mirrors the Earth known to us.

At the beginning of the film, there is an episode where the characters fly through several worlds. And there are really a lot of interesting ones, but this is the most multiverse and crazy thing in the film – a 20-second episode. Something similar, by the way, we have already seen in the second Guardians of the Galaxy.

The main problem of the film is that the hero has nothing to do in it, and not much attention is paid to the villain. It is understandable, although for the antagonist you still want to see more scenes. According to rumors, the original version of the film was 40 minutes longer – there is a desire to see everything cut out.

Yes, I kind of complained about the lack of important scenes, but in general, the picture looks in one breath – before you have time to turn around, the credits begin. With the dynamics of the narrative, everything is fine, so you feel something strange after the finale – as if you watched the picture on rewind, hence the feeling that many episodes do not carry any essence. 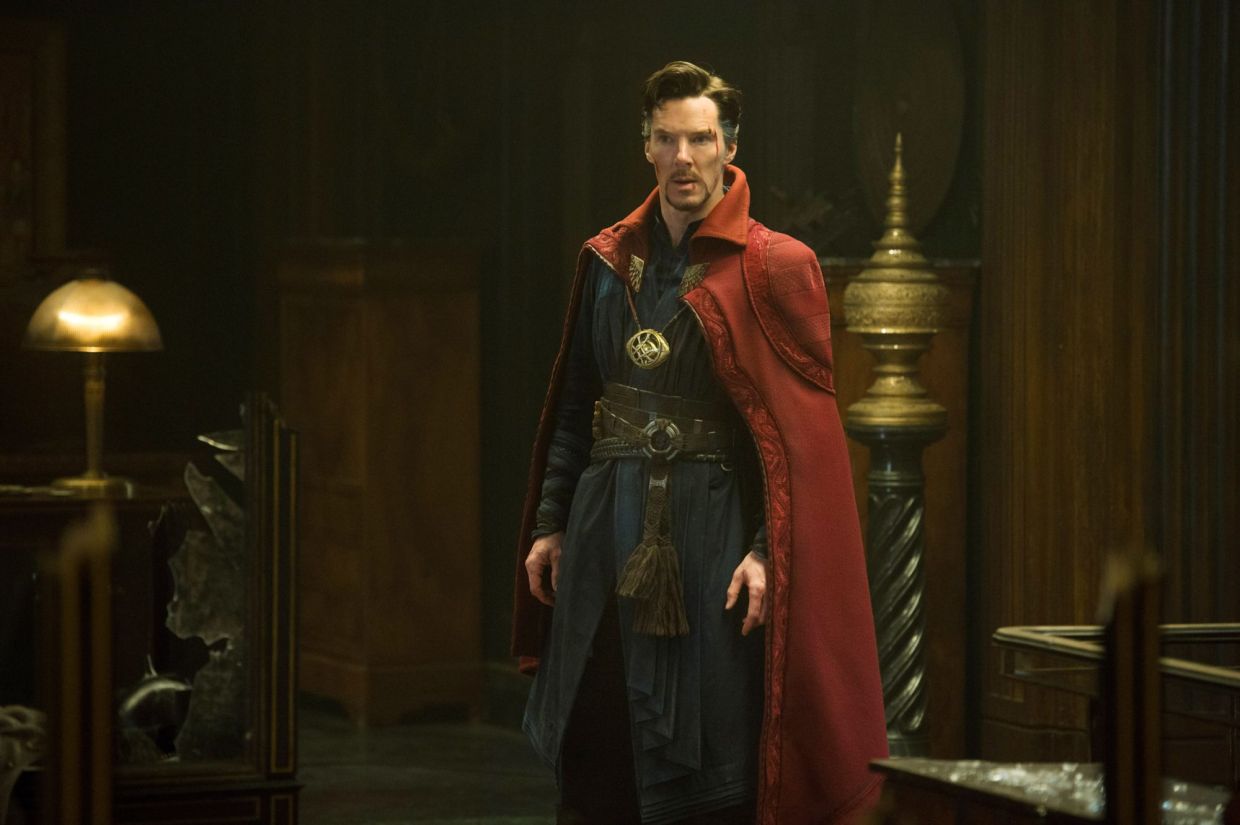 In general, the Strange sequel has really offensive problems with the script. The concept itself and all the preparation turned out to be excellent, but the film does not leave any long-term effect. The hero defeated the villain. The curtain.

Speaking of “In the Multiverse of Madness”, one cannot but mention Sam Raimi. This is indeed his film. Shooting methods, camera angles, horror scenes – excellent. Raimi manages to perfectly combine action scenes with horror like no other. Doctor Strange 2 miraculously manages to find the perfect balance between blockbuster and bad-horror.

So it turns out some kind of strange combination: on the one hand, you can’t tear yourself away from the film, every scene in the moment looks amazing and captures, however, when you start to think about what happened, you encounter problems. Raimi certainly did his best to cover up the flaws in the script, but even his talent is lacking. This is not the worst storyline for Marvel, but the ratio of “expectation and reality” plays a cruel joke with the tape. Most likely, this is not the movie you expected to see.

The main villain of the film is Wanda. It is unlikely that this will be a revelation for someone, and here Marvel only wants to be praised. After the events of WandaVision, I was worried that her atrocities (and there is no other way to call it) would simply be forgotten. Yes, she had a sadness in her soul, so she enslaved the whole city for a few days. Think about who doesn’t. This is what the series finale looked like.

But no, In the Multiverse of Madness is literally the second season of WandaVision. This is not a solo album about Doctor Strange, because this story is about the Scarlet Witch – the archmage here is rather a nice accessory that just periodically appears on Wanda’s path. And it is the sorceress that drives the plot. 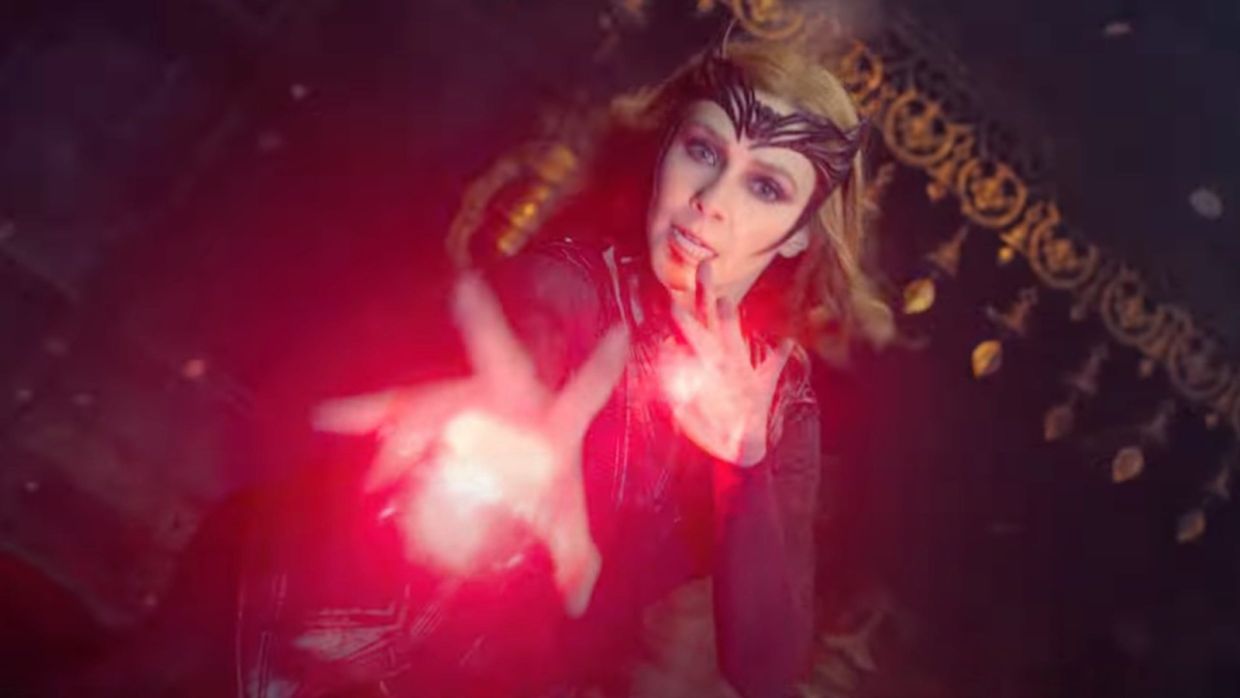 There may be associations with the film “Avengers: Infinity War”, which someone half-jokingly called “Thanos: Infinity War”. This would even be partly true, but the heroes there were preparing for battle in one way or another – everyone had their own motivation and story, they found something to do.

In the Multiverse of Madness feels the opposite. Wanda has a clear motivation for action – she mourns after the death of the Vision and the loss of her children, and then an alluring book of dark magic comes to her rescue, which puts pressure on the sick and makes it possible to return the lost. An emotionally broken Wanda easily succumbs. But Strange himself in this story just goes with the flow. Only towards the end does he somehow come to his senses and begin to act. Moreover, it cannot even be said that Strange defeated Wanda – he was able to convince her or found a way to calm her down. No, Wanda wakes up by a series of accidents.

In the finale, Wanda finds children who live with Wanda from another universe. However, the sons do not accept the sorceress – they see an evil sorceress. It is then that Wanda realizes that the book seduced her, and she really crossed the line. 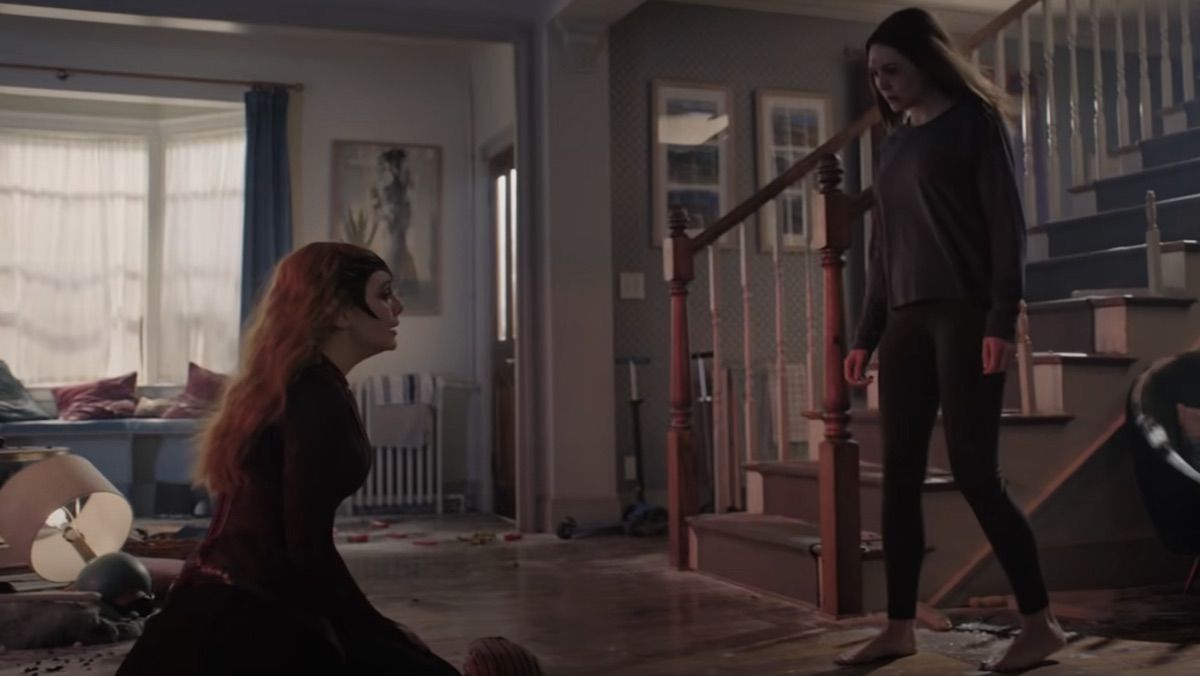 In fact, the ending is somewhat reminiscent of Strange’s victory over Dormammu in the first film. Only there he was able to outwit the villain, while here Wanda herself came to this idea. It wasn’t Strange who suggested sending her to the children. All in all, the film lacks some larger purpose and connection between the wizard and the witch within the framework of the film’s events.

With the Illuminati, a similar story – the appearance of Mister Fantastic and Professor X performed by Patrick Stewart was more pleasant than ever, but why does the film itself need this? Yes, not for anything. Everyone dies in five minutes, and the leader of the Fantastic Four just showed himself to be a real idiot.

Many criticized Spider-Man: No Way Home for excessive fan service – when characters or scenes appear to please the fans. However, the most important cameos serve the story. Spiders Garfield and Maguire help Holland through the most difficult moment of his life. The story needs them. 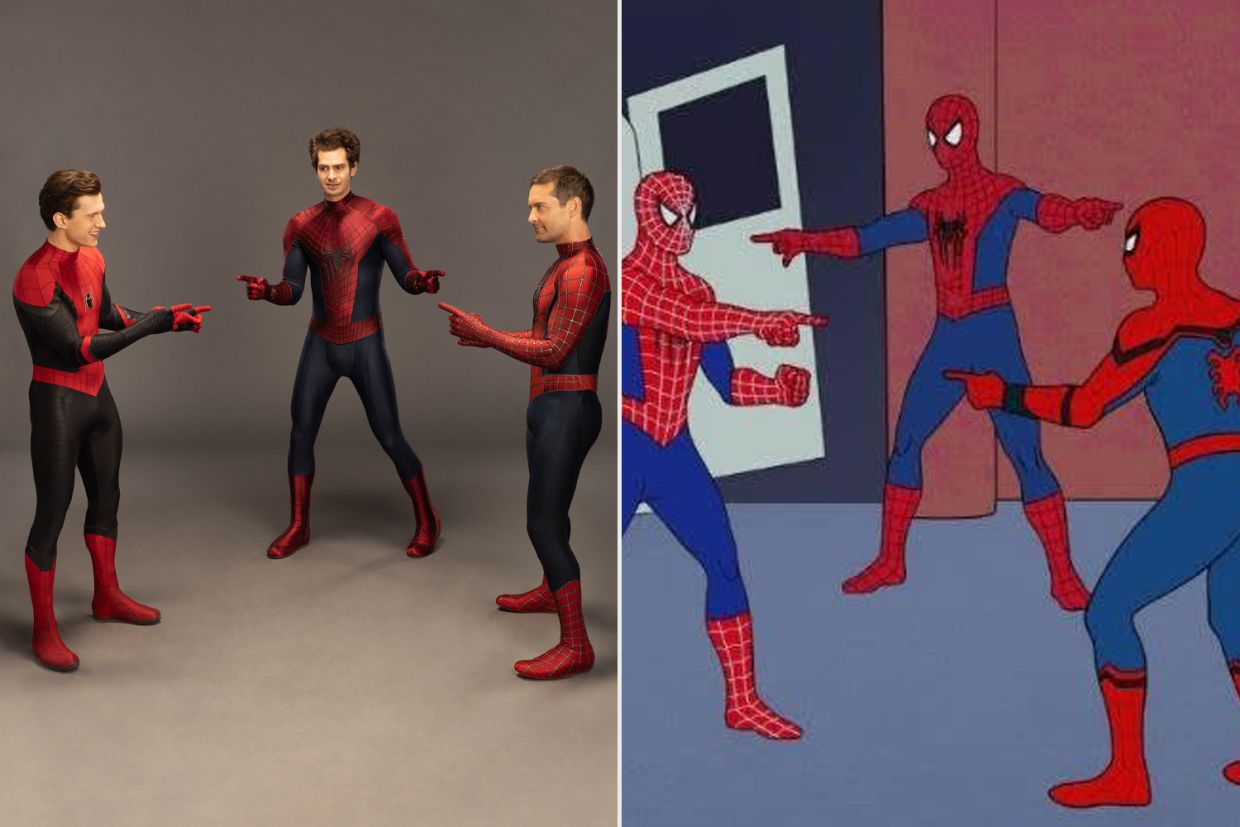 And why does Doctor Strange 2 need the Illuminati? Unless to show that this universe is different from the other. There’s the Fantastic Four, there’s the X-Men, and the roles of Captain America and Captain Marvel have gone to other people. But this is just completely empty fanservice. The film doesn’t need it.

And here, by the way, another plus of Raimi – yes, the Illuminati are killed in a matter of minutes, but how good the battle scenes themselves are. The action with Wanda turned out to be incredibly stylish, cruel and down to earth.

And what about Baron Mordo, who in the scene after the credits of the first “Doctor Strange” promised to destroy sorcerers? No, he’s not in the movie at all. There is a Mordo from another universe who also has no love for Steven. From the dialogue, one gets the feeling that Strange has already dealt with Mordo after his oath to end the magicians. The love line was given a little more attention, but not much. 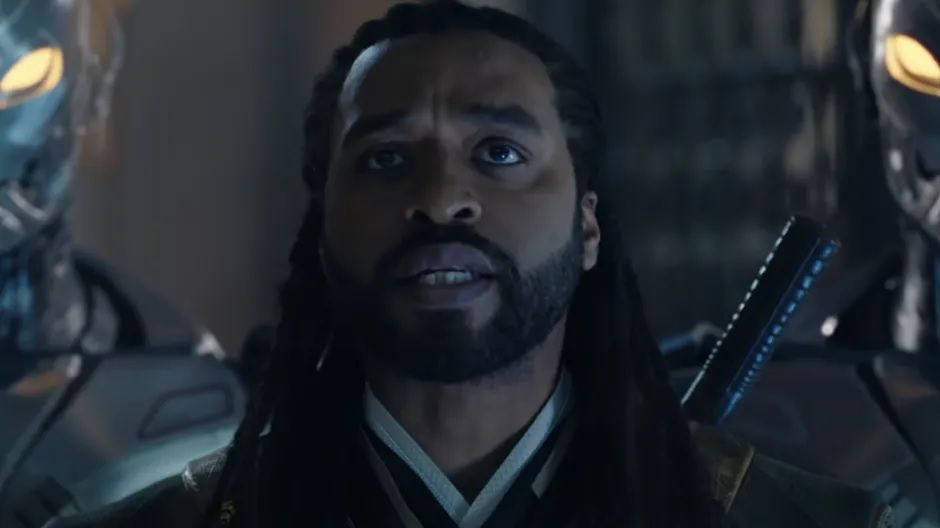 And here is the whole multiverse: here are 2-4 variations of the main characters from different universes, a rotten cameo of the Illuminati, and that’s it. The tape does not justify the name at all. No truly crazy worlds for you, no incredible cameos for you. Only superb footage from Raimi and the skeleton of a story without meat.

In general, I just now realized what reminds me most of all of Doctor Strange 2 – Aquaman. There, too, the film works with difficulty, but it is clearly pulled by the skill of the director (James Wang). However, there is almost a standard action movie, while the requirements for Doctor Strange 2 are still higher. Therefore, even all the efforts of Sam Raimi cannot save the terrible script that literally drowns the film. He did everything, but even that was not enough.

All spoilers and plot description of Doctor Strange 2