Vegas is one of the busiest teams in the NHL offseason. After 2018, the club, which qualified for the finals with a line-up called the Golden Dregs, began to buy on the market on a large scale by all the stars that were within their reach – Pacioretti, Stone, Aichel, Pietrangelo. However, last year the Knights did not even make it to the playoffs: the injuries that decimated most of the leaders were largely to blame.

With all these adventurous transfers of stars, Vegas seems to have forgotten about the existence of a salary cap, which is why they are giving away players with a name for free for two years in a row – first it was the current Vezina owner Marc-Andre Fleury, and now Max Pacioretti. Both breakups didn’t go well, and local fans consider Vegas a club that doesn’t respect its own players.

Fleury was thrown off due to the fact that the club preferred Robin Lehner to him. The Swede restarted his career at the Islanders a few years ago, was the first number of Vegas during the 2020 cup campaign, but the year before last he clearly lost the competition to the MAF. The Swede had an absolutely mediocre season last season (though Fleury was no better in Chicago), and many concluded that Vegas bet on the wrong horse. 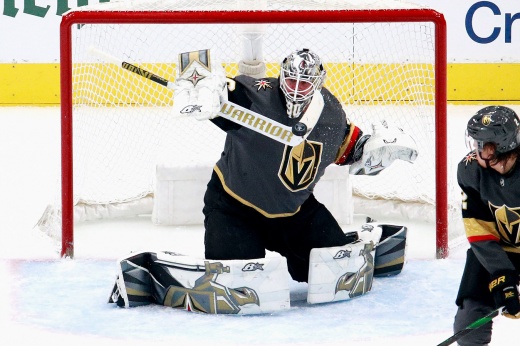 Was an alcoholic and now got a $25 million contract. Lehner’s Life Story

The Swede missed the end of last season due to shoulder surgery. Now it turned out that a hip operation is also needed, because of which he will not play at all next season. Sometimes such procedures become critical for a career in general, but now it’s too early to talk about it. 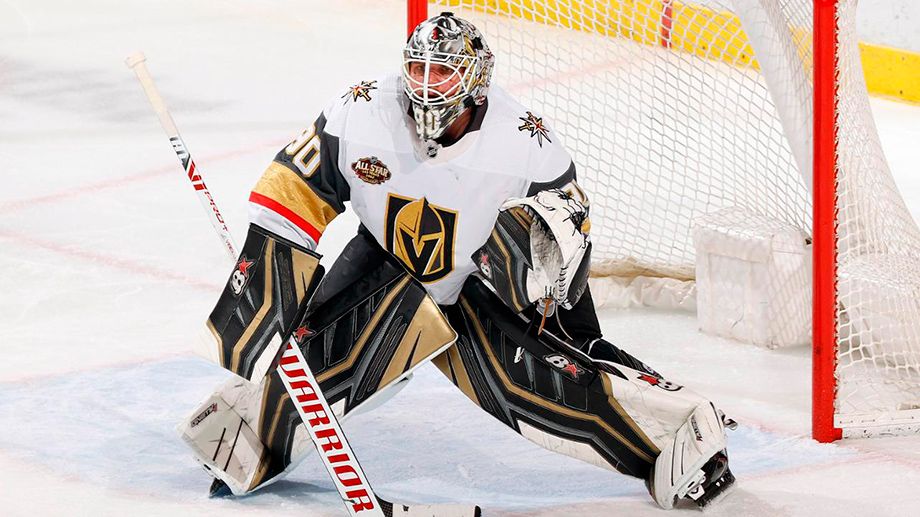 Right now, Vegas already has a goaltending duo. This is the eternal backup of Laurent Brossois and 25-year-old Logan Thompson, who recently burst into the base after several years in the student league. Thompson had the most statistically successful season of the Vegas goalie trio (91.4% OB, 2.68 KN), but only in a 17-game span. He was even Canada’s first World Cup goalkeeper – and while everyone is celebrating Thompson’s prospects, it’s hard to imagine that the star-obsessed and transfer-obsessed Vegas would bet on him as a first choice.

In mid-August, it is already unrealistic to look for a new goalkeeper in the free agent market. Of the big names, only Braden Holtby is free, whose career has gone downhill sharply in a few years – it is reported that the owner of the Stanley Cup in 2018 is already considering the option of ending his career. All other NSAs are unlikely to pull the role of the second number.

What remains is the exchange. The main option could be Semyon Varlamov, whom journalists have long tried on for all the top clubs with vacancies at the gate. However, the Islanders management made it clear that they were not considering such an exchange and wanted to spend the season with the Russian goaltending duo. The Isles simply have no one to replace Varlamov in their system. On the other hand, it can also be a price increase – the team from Long Island has not enough good young assets.

What options are on the market? The most fashionable is John Gibson. The Anaheim American goaltender does not want to spend the best years in a team that is engaged in painful restructuring, and has allegedly submitted a trade request. However, then the team would have to somehow get rid of Lehner, because the American has a long-term contract for $ 6.4 million (the Swede has exactly $ 5 million). The ceiling is not rubber. 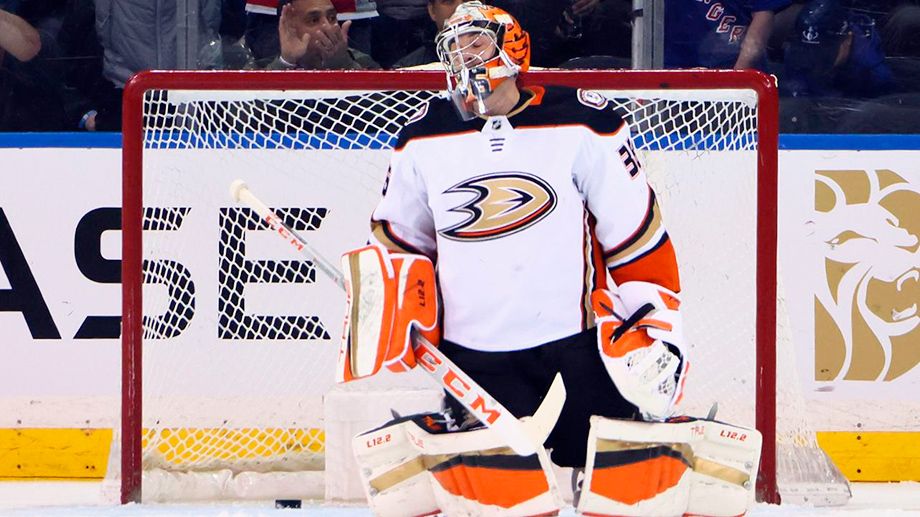 A more economical option is Jake Allen from Montreal. Montreal is rebuilding, they already have the most expensive goaltender in the league, and they hardly need a 32-year-old backup. Do Vegas really need Allen? He was considered a great talent 10 years ago, but did not even close to realizing his potential. But this is a cheap option (an expiring contract for $ 2.875 million per year).

The most logical option would be to trade James Rymer. In San Jose, there are three goalkeepers at once, and it would be strange for the club in restructuring to push in the relatively young Hill or Kyahkönen. Reimer, 34, is statistically the near-vacuum average NHL goaltender who rarely flopped in his 11 years in the league, although he rarely pulled. His deal is even less than Allen’s ($2.25 million a year, also an expiring contract), which is important for Vegas, which has problems with the ceiling even if Lehner is sent to LTIR.

Finally, there is an option with Anton Khudobin. In Vegas, he was probably well remembered for the 2020 playoffs, when Dobby conceded only eight goals and saved 95% of shots in five games in the West final with the Knights. After that performance, Khudobin received the main contract of his life, but lost the competition to the young Ettinger and went to the bounce draft. 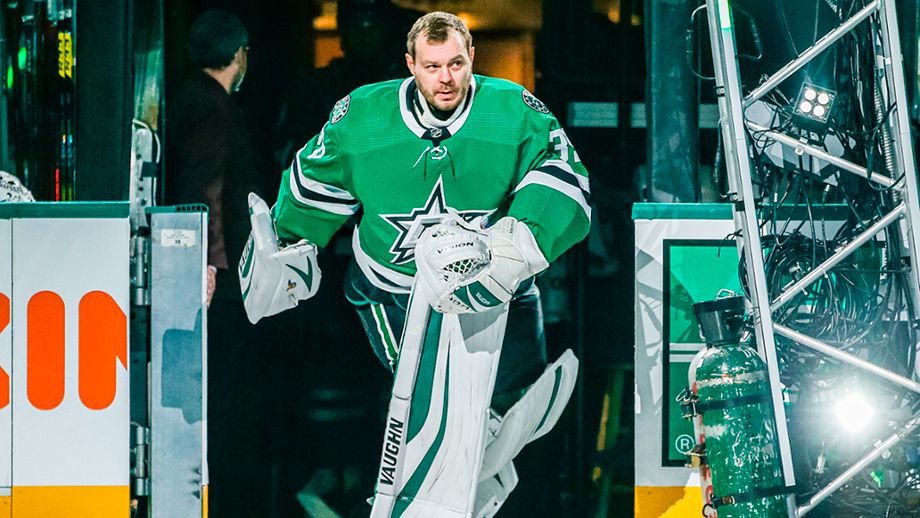 Anton does not plan to end his career – he has another year of the deal ($ 3.33 million per year). At the same time, unlike the goalkeepers mentioned above, Khudobin has a history of successful playoff play, which is what Vegas needs the most. Anton gets more of the Allen and Rymer mentioned above, but the price for him will be lower. On the other hand, Khudobin played only 15 games in the KHL and AHL last season, plus he is recovering from hip surgery. His invitation is no less a risk than going into the season with the current duo. 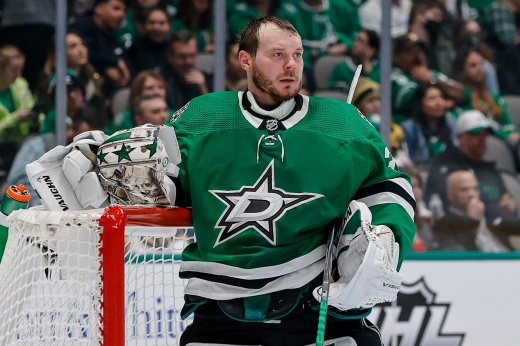 “It’s a mystery to me why I stopped playing in Dallas. It’s been going on for more than a season.”

Unfortunately for Vegas, there are no clear-cut good options for them right now – either too expensive, not reliable enough, or too risky. But, knowing the love of the “Knights” for constant bodily movements in the market, we can say for sure: there will be exchanges.