It was revealed in recent reports that WWE Superstar John Cena has been cast for the new movie and it will be shot in August. After this, statements started pouring in on the speculation of his return to SummerSlam. Everyone thought that now Cena will not be seen in this event. Dave Meltzer has made it clear in his report that the match between Cena and Roman Reigns at SummerSlam has been locked. Meltzer said sternly that this match will happen.

ALSO READ: WWE Rumor Roundup: Brock Lesnar deliberately tried to injure the top superstar, what was Vince McMahon’s reaction to the big mistake made in SmackDown? 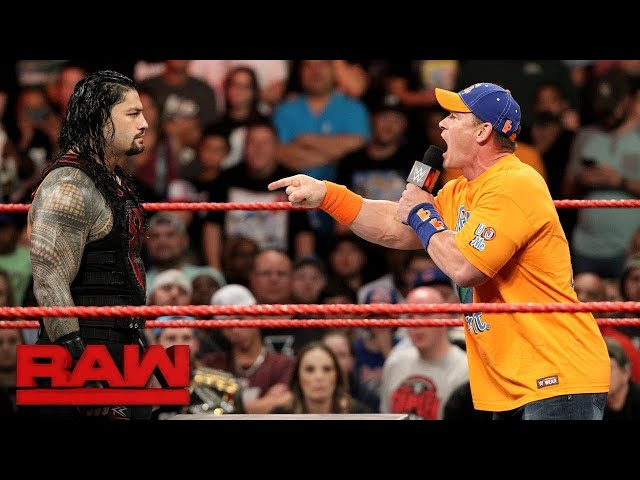 The SummerSlam PPV will be held on 21 August. John Cena’s busy schedule had reduced his chances of coming. It was said in the report that he might not be seen. Dave Meltzer has now given great news to the fans. Meltzer made it clear that the fans need not worry and that Cena will return in this PPV.

Also read: Wave of sorrow prevailed in WWE, Roman Reigns was challenged by the legend, the famous superstar surprised by debuting in AEW

Meltzer also said that Reigns and Cena would match in the main event. Roman Reigns will face Edge in the Money in the Bank PPV. It will be difficult to say whether Edge will win in this match. Roman Reigns will defend his championship here. John Cena may return in the episode of Blue Brand on July 16 as fans will also be seen. After this, the rivalry of Cena and Roman Reigns will start.

There will be a match between Cena and Roman Reigns in this event and the fans will have a lot of fun. Fans were also demanding this match for a long time. If Roman wins this match, then he will have the advantage going forward.

Also read: The ruckus created by Jinder Mahal and the loss of the defending champion caused a wave of grief in WWE, breaking a record of 28 years