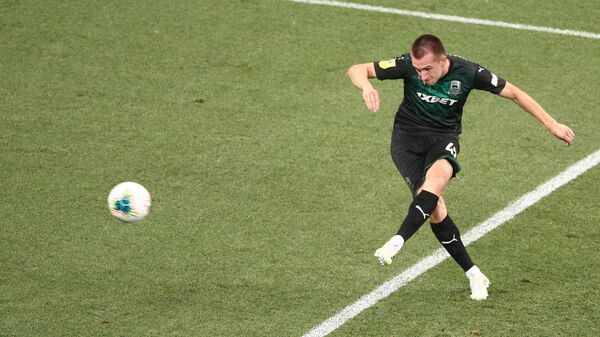 MOSCOW, June 16 – Football player Daniil Utkin became a player of “Rostov”, according to the official website of the club from Rostov-on-Don.
Donskoy club has signed a contract with a 22-year-old midfielder for a period of four and a half years. The amount of the transfer of the player is not specified.
Utkin, a native of the Rostov region, is a graduate of Krasnodar’s academy and has played for the club’s first team since 2018. In total, he played 64 matches for the Bulls, in which he scored seven goals and gave three assists.
Last season, Utkin played for Akhmat Grozny on loan and made 29 appearances for the team, scoring ten goals and providing three assists. On account of his five goals with direct free kicks in the championship ended, which is the best result in the league.