Among other sports, representatives of table tennis also suffered from the sanctions against Russia. In particular, the Russian clubs Fakel-Gazprom and UMMC were suspended from international competitions due to a special military operation that is taking place in Ukraine.

However, the decision to dismiss was challenged. Clubs will finish the tournament in which they claim to win. This could set a good precedent for other sports where suspensions apply.

True, it is still too early to finally rejoice. The “Championship”, together with lawyers, figured out all the intricacies of justifying the Russians.

Russian clubs Fakel-Gazprom and UMMC restored in the Champions League

So, in March 2022, the Fakel-Gazprom clubs from Orenburg and the UMMC from Verkhnyaya Pyshma, Sverdlovsk region, were supposed to play each other in the semifinals of the European Champions League, however, by decision of the executive committee of the European Table Tennis Union (ETTU), they were suspended from the tournament. After the Russian teams dropped out of the fight ahead of schedule, the German team Borussia (Düsseldorf), which won the second semi-final, was declared the winner of the competition for the seventh time. 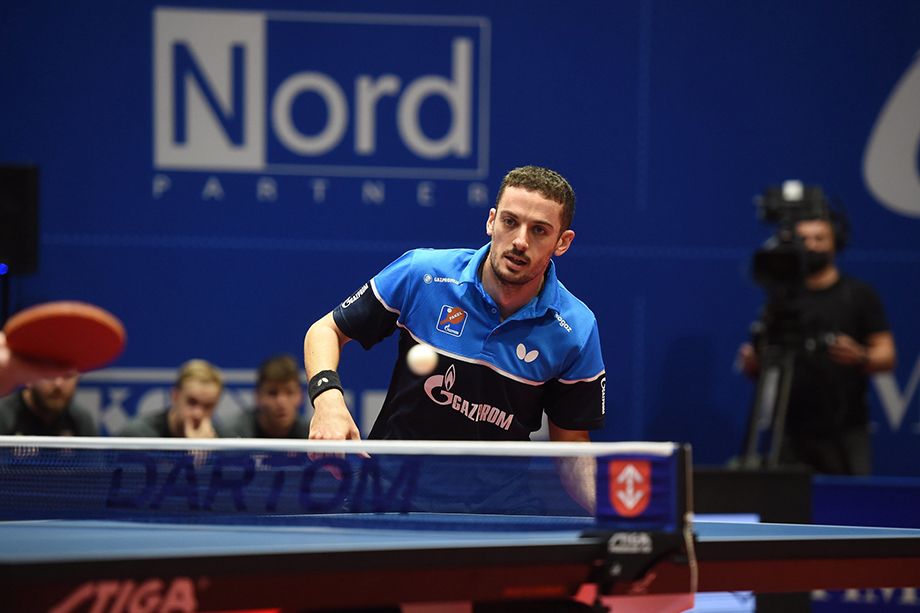 But in early May, our clubs were reinstated by the decision of the ETTU appeal instance, and the removal of the Russians was recognized as discriminatory. It is also known that the results of the tournament should be reviewed. That is, the organizers are obliged to hold the canceled semi-final between Russian clubs, and then the final with Borussia. Now there are negotiations between Russian clubs and ETTU on the organization of these matches.

The interests of Russian clubs in this difficult confrontation were represented by the law firm SILA International. Lawyer Ivan Bykovsky spoke about the procedure before the appellate instance:

“On behalf of the Russian Table Tennis Federation, our law firm has filed an appeal against this decision, arguing that there are no legal grounds for such a suspension.

We argued that the ETTU regulatory documents do not provide for such a sanction. They referred to the fact that the application of such measures is discriminatory in relation to Russian clubs and athletes. They were just playing table tennis and they were suspended without any wrongdoing on their part. And these arguments were accepted. In the decision of the appellate instance there is a phrase that, in the opinion of its members, the removal of Russian teams in this case is discriminatory,” Ivan Bykovsky emphasized.

He also noted that “non-invitation of athletes” from a legal point of view is not a sanction, although it entails more serious consequences than the suspension of the federation’s membership in the organization, which, by the letter of the law, is already a full-fledged sanction.

“Even when the rights of the federation are suspended, the participation of athletes in competitions is allowed in a neutral status, and ETTU did it differently – they did not invite athletes, and the federation was not removed.” 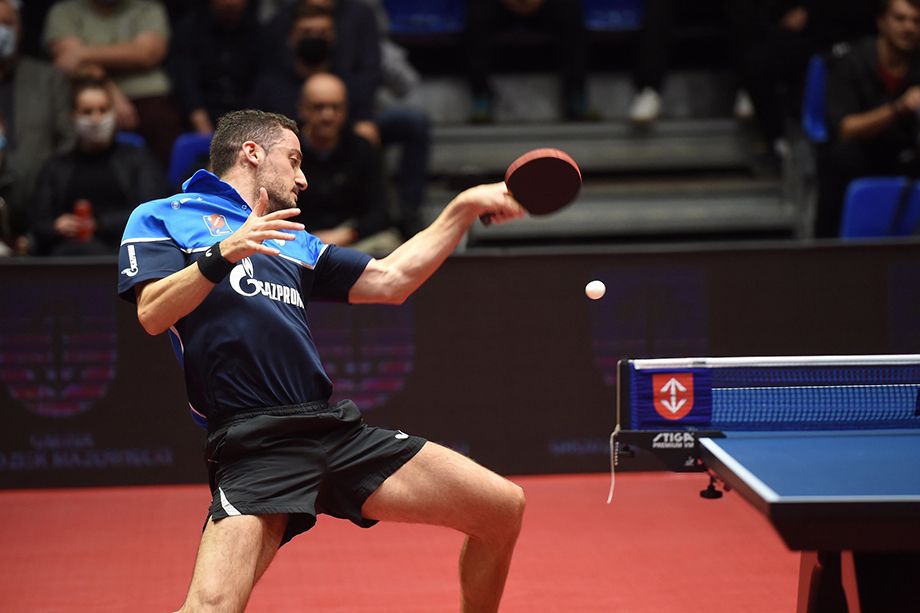 “Restoration for the current season only”

Of course, the restoration of our clubs in rights is a serious breakthrough and a great success, but it is too early to talk about the full restoration of Russian table tennis in the world arena.

The ETTU website notes that the ban on the participation of the national teams of Russia and Belarus in international tournaments remains in force. Also, Russian national symbols cannot be displayed at the competitions.

And the decision to hold the semi-finals and finals has not yet been made. Clubs and the Russian Table Tennis Federation refrain from commenting until all the technical details are clarified and there is no certainty that the removal of the suspension will actually be implemented, and will not remain on paper.

There is one more nuance: the decision to restore two Russian clubs was made only for the current season. That is, the participation of Russian clubs in the next season’s competitions remains in question.

“ETTU has restored the clubs for the current season, that is, for the Champions League. We asked them for clarification if this applies to future competitions, and received a negative response from ETTU, as well as clarification that the decision only applies to the current season. In this connection, we filed a complaint with the Court of Arbitration for Sport in Lausanne.

One of the reasons for applying to CAS is a direct contradiction in the text of the decision itself – it speaks of discrimination, but for some reason only in relation to the 2021/2022 season. That is, the same arguments, according to them, do not apply to future competitions. There is also no rationale for this decision. There are a lot of controversial points that CAS will have to evaluate.”

International federations are still against

Should we now expect that other international federations will begin the gradual restoration of Russian athletes?

On the one hand, this is true. Bykovsky explains why:

“This precedent, of course, can help in similar cases, because in many cases international sports organizations have applied just such a measure – not inviting athletes to further competitions. Such a measure is not a sanction, not the removal of athletes. With similar consequences, from a legal point of view, these are two different concepts – when a disciplinary sanction is imposed for some kind of violation, and when such a measure of influence is applied without guilty actions on the part of the athletes. In many cases, the federations were not given the right to defend themselves, that is, they simply issued a decision, no one was asked and no one was listened to. In this appeal decision, ETTU recognized the selective nature of this measure, which is partly related to discrimination against Russian clubs and athletes.”

On the other hand, the international sports federations themselves often strongly oppose the cancellation of decisions to suspend Russian athletes. Moreover, some of them are already ready to amend the statutes, which will allow the free suspension of athletes.

So, the International Skating Union is going to change the rules, which has already proposed the wording for the new paragraph:

“In the event of an exceptional event or circumstance beyond the control of the ISU (such as terrorism, riots, civil unrest, war (whether declared or not), strike, nuclear or chemical contamination, epidemic, etc.), endangering the safe and/or regular operation of the ISU (in particular the organization and conduct of competitions), the Council may decide to impose exceptional measures aimed at maintaining the safe, peaceful and regular operation of the ISU. The board of the organization may decide on both unlimited and temporary suspension of the rights of ISU members representing countries that caused these events, contributed to them or are involved in them.

Now the suspension of an athlete due to the actions of the state that he represents can be recognized as discriminatory. However, if such a rule is introduced into the charter of international federations, the exclusion of Russians will no longer be considered a violation of the rights of athletes, that is, it will become even easier to prevent athletes from competing. 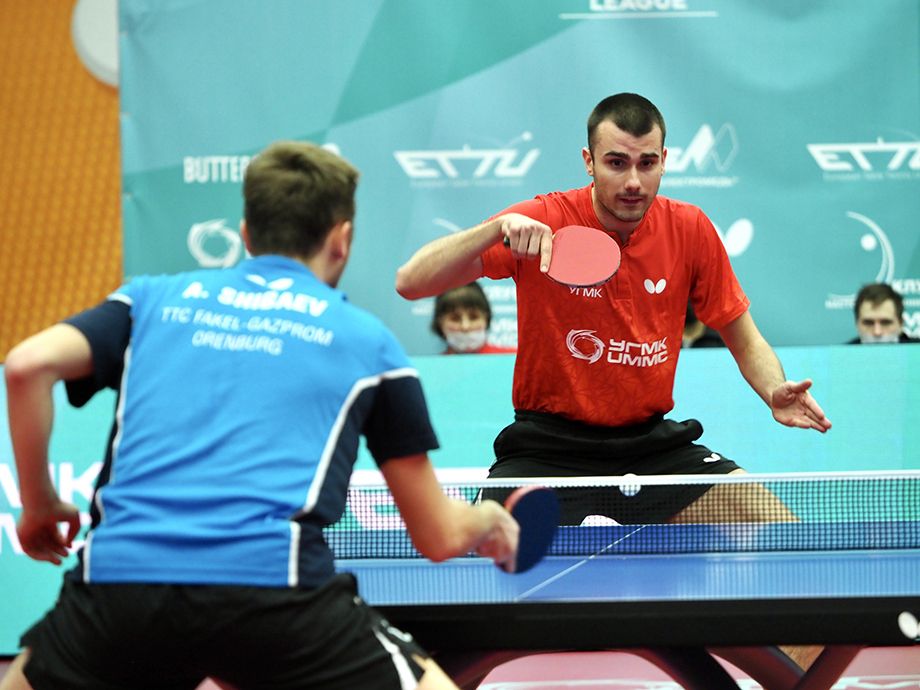 Also, the International Luge Federation, whose arbitration court had previously canceled the removal of Russians from competitions, also announced its intention to change the charter. The executive committee did not agree with the decision of the court, now the organization is looking for ways to impose full-fledged sanctions on the Russians, and for this the Federation can even change the set of rules of the organization.

Thus, the events in the field of struggle for the rights of Russian athletes can be interpreted in two ways. On the one hand, it is possible and necessary to defend your rights in the legal field: the example of table tennis clearly shows this. On the other hand, obviously, the international federations will try to block all existing legal ways to return our athletes to the international arena. So the whole fight is still ahead.