In the RPL, a new coaching appointment – Akhmat has decided on the replacement of Andrei Talalaev. The team from Grozny was headed by 63-year-old Sergey Tashuev. The contract with him was signed until the end of this season, that is, until the summer of 2023. 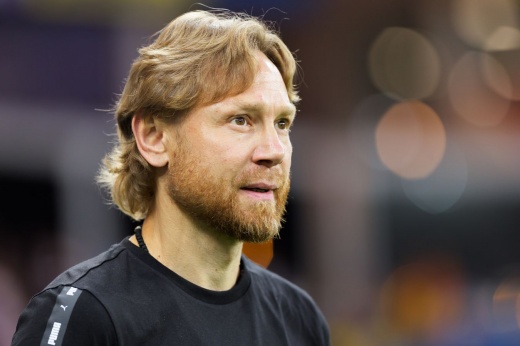 The referees helped the top 3 clubs a lot. Table of gross errors of referees after 10 rounds of the RPL

It seems that Russian fans know Tashuev more as an expert who makes vivid comments in the media. For example, before the resignation of Murad Musaev from Krasnodar, he spoke directly and harshly about his colleague: “Musaev has completely exhausted himself in this club. This is my opinion … Methodological errors are visible. Definitely weak team management … If the guy was an adult, he would have left. But he is young, and he is comfortable in the club, so he will not leave on his own. As for Galitsky, it’s time to take on our William Shakespeare. Enough already, it’s time to cut on the living.

Tashuev also spoke powerfully about Artyom Dziuba last year: “The fact that he is being criticized now is an integral part of the profession. He was at one time pleased with the fact that he was praised, right? And today he must show restraint. Be kind, endure criticism, you get a lot of money for it, my dear … This happens with all football players and coaches. Yesterday you were lifted to the sky, and tomorrow you can fall to the very bottom. Fans have every right to criticize you – as well as journalists for whom this is a job.

In general, Tashuev is a direct person and thus more endearing than a coach who answers questions with general “empty” words or says not what he thinks, but what the public should like. Closeness, arrogance, falsehood: all this does not benefit the coaching image.

Tashuev himself has been coaching for 30 years, but he has worked little in the RPL. He got his first chance in the 2011/2012 season, when he took on Spartak Nalchik during the season. After 13 rounds, the team was in last place with only one win and nine points scored. Tashuev headed Spartak from June 2011 to April 2012. Under his leadership, the Nalchans won five victories in 25 matches, at some point they slightly rose from the bottom of the table, but after a series of six defeats, the coach was forced to leave.

Three and a half years later, Tashuev returned to the RPL, accepting Kuban during the season. After eight rounds, the Krasnodar team did not have a single victory and scored only four points – as in the case of Nalchik, the coach took on the weakest team in the league. Tashuev started phenomenally: with a major victory over Spartak Moscow (3:0). But even in Krasnodar, he did not finish the championship until the end, leaving the club after the 25th round. Kuban under Tashuev won three victories in 17 matches, including another crazy one – 6:2 over Lokomotiv! The rest – seven draws and seven defeats. It is curious that at the time of the resignation, Krasnodar was in 14th place – outside the relegation zone. But in the end, Kuban, suffering from financial problems, left the elite after a failure in the joints.

Tashuev also had memorable victories in the Russian Cup. In October 2015, his “Kuban” beat Dmitry Alenichev’s “Spartak” in the 1/8 finals with a score of 1: 0. Then no luck with the draw, and in the quarterfinals Krasnodar lost to Zenit (0:1) in St. Petersburg. Last season with “The Seagull” from the second division, Tashuev won the Russian Cup “Torpedo” (1:0) and “Rostov” (1:0). 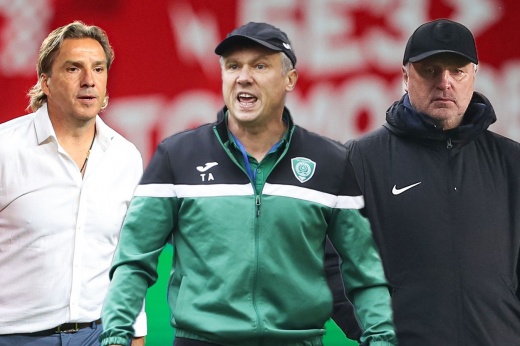 A blow to Russian coaches. So often at the start they were never kicked out

Tashuev also coached in the top divisions abroad. In the 2013/2014 season, Metallurg Donetsk took sixth place in the Ukrainian championship under his leadership, and in the 2018 season, Shakhtar from Soligorsk came second in the Belarusian championship and won the Cup of the country. The Russian specialist stayed in Belarus for another year, but left Shakhtar three rounds before the end of the 2019 season – the team finished third.

In April 2022, Tashuev returned to Shakhtar and worked with him until his appointment to Akhmat. Now the club from Soligorsk is fighting for the championship, one point behind the leader. Nevertheless, the coach decided to return to Russia – he wants to use the third chance in the RPL. This summer, in the Champions League qualification, Shakhtar Tashueva lost to Maribor (0:0 away and 0:2 at home) and the Romanian CFR Cluj in the Conference League qualification (0:1 away and 0:0 at home). However, the Russian coach also had victories in European competitions. With the same Shakhtar in the qualification of the Europa League, he passed the Welsh Connas Quay, the Maltese Hibernians and the Danish Esbjerg.

Tashuev has repeatedly confessed his love for attacking football. Moreover, the coach influenced the formation of the philosophy of today’s Krasnodar – he worked at the club of Sergei Galitsky in 2009-2010. The ex-player of the Bulls, and now the coach Evgeny Kaleshin, recalled how Tashuev changed Galitsky’s views on the style of play.

“In 2009, Krasnodar was relegated from the FNL from the middle of the season – they began to play on defense, there were a lot of long passes. There was no DNA of the club back then – they just needed points. If you now ask Galitsky what kind of football Krasnodar should play, he will give the most accurate answer. 10 years ago we were just playing. The ideological coach appeared only in 2010 – I think it was with Tashuev that Galitsky understood the path to follow.”

By the way, Tashuev already worked at Akhmat from July 2005 to May 2006. He was an assistant to Alexander Tarkhanov and Vait Talgaev. In November 2017, he could have led the southerners himself, but then it did not work out. Only five years later in Grozny they returned to the candidacy of Tashuev. The coach finally gets not an outsider, but a team well prepared by Talalaev – the middle peasant in the RPL. It will definitely be interesting to follow the games of Akhmat.

The material uses quotes from interviews for R-Sport, Sport Weekend and Sports.ru.