After the transition to the “autumn-spring” system, the second part of the season in the RPL turns, in fact, into a new championship. During the long pause from mid-December to the end of February, many teams change noticeably. For example, this winter Spartak, Lokomotiv, Krasnodar, Khimki and (a little later, in March 2022) Rostov appointed new head coaches, five clubs signed at least 10 newcomers and five clubs let go less than a dozen players. Even new stars have appeared in our league: Yusuf Yazici, Wilson Isidore, Yuri Alberto – the most expensive winter purchase. 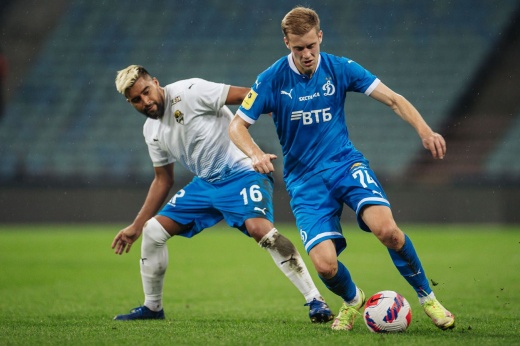 “Dynamo” and “Sochi” will play silver, Tula with “Ufa” – on the way out? The intrigues of the last rounds of the RPL

Who prepared well for the second part of the season in the RPL, and who failed the winter training camp? The spring table of the championship will help answer this question. Let’s imagine that our league has returned to the spring-fall system. Now just 10 rounds would have been played, that is, a third of the distance is left behind. It is interesting to know which teams would fight for the European Cups (in the absence of the Russian “ban” in Europe), and which teams would fight for survival.

First of all, the strengthened dominance of Zenit attracts attention. If after the first part of the season, the Petersburgers were only two points ahead of Dynamo, then in 10 spring rounds they brought +5 to the nearest pursuer (now it is Sochi), and the rest +9 and more. The team of Vladimir Fedotov also performed very powerfully in the period from late February to May, so they would confidently go to second place and qualify for the Champions League. 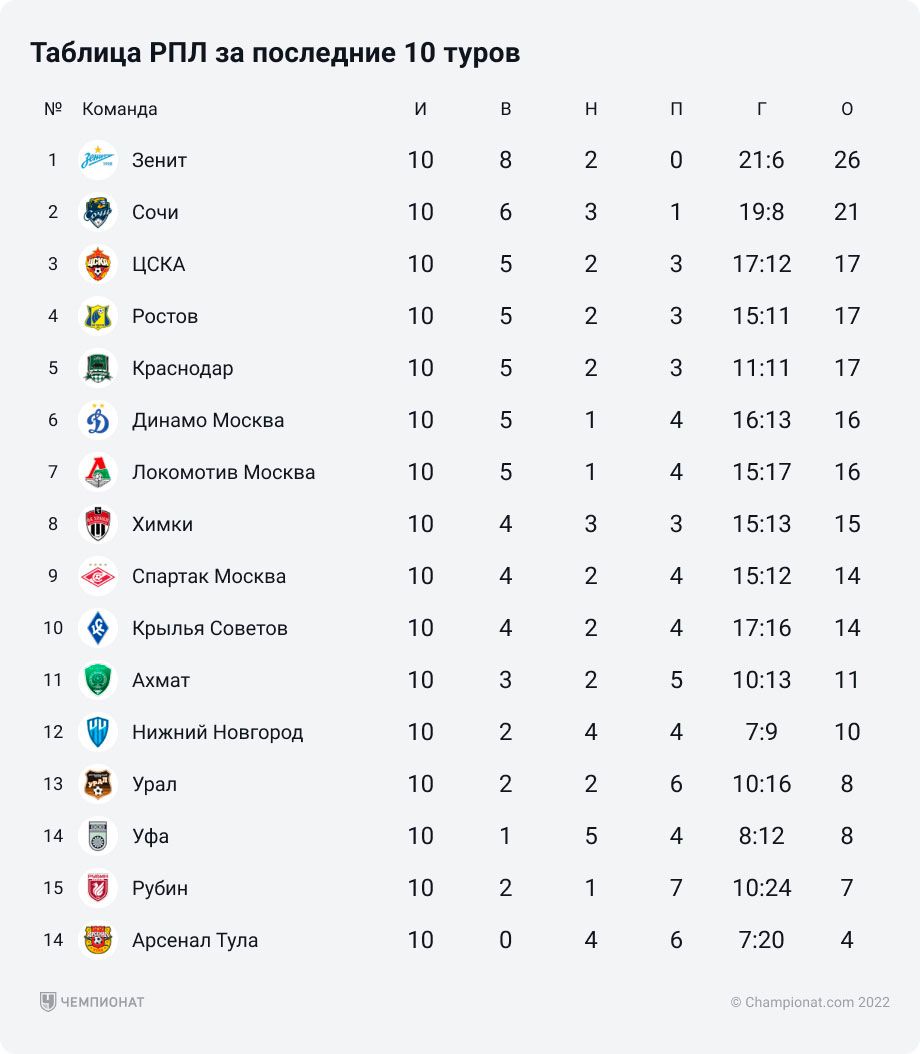 But Rostov’s progress is most impressive, which was in 14th place in the fall, and in the spring it is in the top 4! Valery Karpin returned to the team on March 10, and under his leadership the Rostovites have already scored almost as many points (17) as in the first part of the championship (18).

Rostov scored five victories – over Rubin (2:1), Wings of the Soviets (1:0), Lokomotiv (4:1), Arsenal (2:1) and Spartak (3 :2). In addition, he tied twice – with Dynamo (1:1) and Ufa (0:0). He suffered only three defeats, and one of them even before the return of the head coach of the Russian national team. Given the youth of the Rostov defensive line, we can say that Karpin works wonders with his team.

Almost the same progress was made by Khimki after the arrival of Sergei Yuran. The Moscow Region club was a hopeless outsider (16th place in the fall), but became a strong middle peasant (8th place in the spring). With Yuran, the Khimki team has already taken more points than before his appointment (15 vs. 14).

Despite the criticism of Alexei Berezutsky in recent matches, CSKA is in the top 3 in the second part of the season. That is, he would fall into the Conference League zone along with Rostov. Maybe even the Europa League, if the Champions League participants won the Russian Cup.

Krasnodar deserves the kindest words, even if the team has remained where it was – in fifth place. The Bulls lost all their legionnaires in the spring, with the exception of the Nigerians who played in the farm club, but even in a weakened squad they won more points than Dynamo, Lokomotiv, Spartak and many others. Yes, and CSKA with “Rostov” Krasnodar in this table are inferior only in goal difference.

The decline of Dynamo is surprising. The team of Sandro Schwartz is the sixth in the second part of the championship, although it definitely hasn’t become weaker in composition. The blue-and-whites would not have qualified for European competitions in such a scenario. In reality, the Dynamo players simply dropped out of the fight for the championship. True, if we recall the spring results under the German coach last season, then we can talk about the trend – apparently, something is wrong with the team’s preparation for the winter training camp.

Only Rubin has a more serious decline. Leonid Slutsky found himself in a situation similar to Krasnodar: almost all legionnaires left the team after FIFA opened an additional transfer window. Unlike Alexander Storozhuk, the ex-coach of the Russian national team was unable to compensate for the losses in the squad by organizing the game. However, Slutsky did not even have a recharge from the farm club. Kazan in 2022 suffered the most defeats (seven in 10 RPL rounds) and conceded the most goals (24).

Rubin in these circumstances would have taken off directly with Arsenal. Miodrag Bozovic’s team is the only team without victories in the spring part of the season. Tulyaks are in last place, although they left 12th for the winter break. 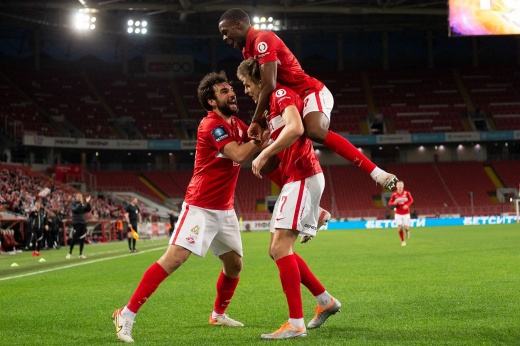 Spartak was supposed to score 7-8 goals for the “most playing team”. The Cup will remain in Moscow

Spartak under Vanoli remained at the same level in the RPL as it was under Rui Vitoria. Despite the change of coach and the investment in the winter of about € 15 million in transfers. The red-whites finished the first part of the season in ninth place, in the second part also in ninth position. Tournament swamp tightened. On the other hand, if the judges made decisions that did not irritate the club’s management, Spartak could have caught on in the spring for the top three.