What a drama in the NHL! A team that lost a playoff chance a long time ago drove Dallas crazy 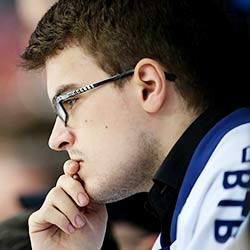 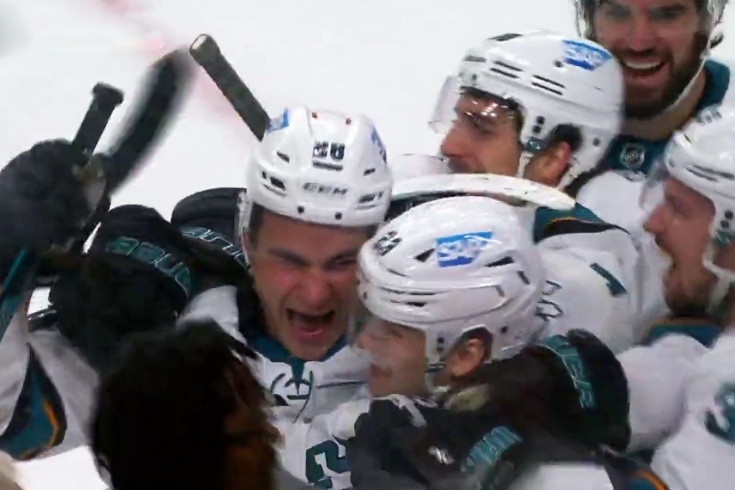 “San Jose” out of principle played a dirty trick on “Vegas”, just to keep him out of the Stanley Cup.

The San Jose Sharks said goodbye to the hope of getting into the Stanley Cup a month before the end of the NHL regular season. Having lost tournament motivation, the “sharks” began to willingly pull up young players to the roster, which led to an even greater drop in results – in early April, Bob Bugner’s team lost 10 games in a row, which became one of the worst series in the history of the American club’s performance in the NHL.

How to find motivation to continue the season when there are only four regular season games left before going on vacation? You need to find an enemy and try to ruin his season in order to put a spectacular end to the championship yourself. Such an enemy was found for San Jose in the face of the Vegas Golden Knights, with whom the Sharks have a rich history of relationships.

In their NHL rookie season, no one could have imagined that the Knights would make it to the Stanley Cup Finals, but they made a Cinderella story, making league history straight off the bat. After reaching the final of the playoffs, Vegas instantly moved into the number of favorites, and it was in this status that the team of Gerard Gallan approached their second Stanley Cup. In 2019, the rival of Vegas in the first round of the playoffs was San Jose, and for the time being, everything went like clockwork for the Knights. They led the series 3-1, with two out of four matches ending in convincing victories for the Golden Knights. But they failed to take the final step to victory in the series – San Jose won three games in a row and made a sensation in the playoffs.

From that moment on, the story of a fundamental confrontation between these teams began. Rivals in the same division, due to the calendar, often met with each other – and each time Vegas entered the game with increased motivation. As a result, the winning streak of the “knights” in matches with the “sharks” before today’s game day was 11 matches! The last time San Jose beat Vegas in an official meeting was back in November 2019. 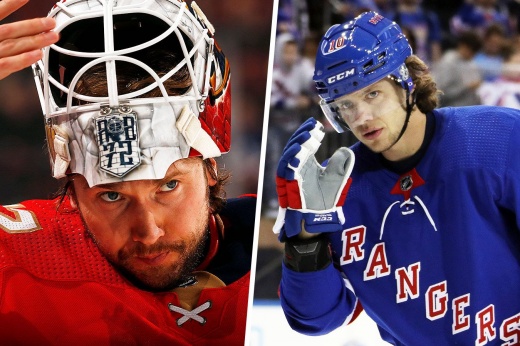 Panarin will go to Malkin, and Ovechkin will play against Bobrovsky? NHL playoff lineup

An additional aspect of the confrontation between the teams was the fact that the current head coach of Vegas is none other than Peter Debour, under whose leadership San Jose got to the Stanley Cup final a few years ago. This happened in 2016, when current Sharks head coach Bob Bugner was DeBoer’s first assistant on his coaching staff. Today, DeBoer’s nosebleed needed to beat his former team and his former assistant in order to continue the fight for the NHL playoffs. And in the camp of the “sharks” they perfectly understood the importance of the duel for their opponent.

“Our season is not over yet. It remains to play a few matches, and among them we are waiting for the game with “Vegas”. It will be the most important match of the entire season for San Jose. There is a fundamental opposition between us. And obviously, we have a chance to deprive them of the chance to get into the playoffs. We have to focus on this game, ”San Jose forward Timo Mayer loudly declared in the press. 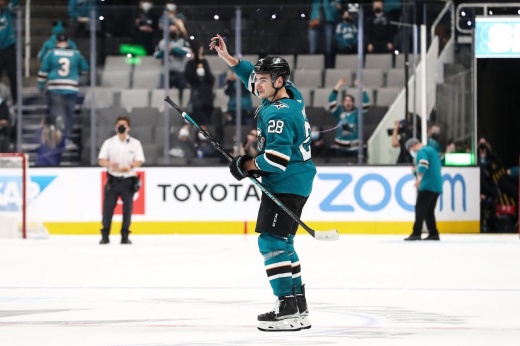 This has not been seen in the NHL for 28 years! Forward scored 5 goals in 40 minutes and made history

Such a number of subtexts made this match one of the most interesting in the entire game day, but we had to wait for a fantastic denouement throughout the entire meeting. As it should be in any real thriller, everything developed slowly and gradually. The Sharks opened the scoring in the middle of the first period – Tomas Gertl scored. Then Vegas got down to business and scored three goals in a row, creating a comfortable 3-1 lead. At the end of the second period, Nick Bonino played one puck, but at the start of the third period, Nicolas Roy restored the backlog of “Vegas” in two goals.

4:2 in favor of Vegas 15 minutes before the end of the third period. The hosts had to bring the match to an important victory and go to prepare for the next meeting with Dallas. But two minutes before the end of normal time, key events began to unfold on the ice. The guests replaced the goalkeeper with a sixth field player, and Sharks forward Bonino ventured a shot from the blue line – Vegas goalkeeper Logan Thompson failed to cope with him, and intrigue returned to the game.

And then there was an absolutely Hollywood story, which is so loved in North America. The Sharks again replaced the goalkeeper with a field player, locked the opponent in the zone and staged an organized bulk – Brent Burns threw the puck on the spot at the end of normal time, it bounced on the uncovered Sharks forward, and he drove it into the goal a second before the end of the match . This attacking guests name is Timo, and his surname is Mayer. It was he who spoke before the start of the match about how important today’s meeting is for San Jose. And the Swiss striker answered for his words with deeds, having managed to deprive Vegas of an incredibly important victory.

Mayer’s reaction to the abandoned puck was not long in coming – he put his hands to his ears, performing a gesture that did not need explanation and decoding in the direction of the Vegas fans. “I can’t hear you,” Mayer seemed to be pointing out to shocked Golden Knights fans who were already ready to put two points into their team’s piggy bank.

But this was not the end. In overtime, Vegas had an excellent chance to still snatch victory, but the hosts missed the majority, failing to excel in the four-on-three format. The retribution for the lost chance overtook the Golden Knights in a shootout, where Thomas Bordelot became the author of the winning throw. The American, who played only the sixth match in his NHL career, made his attempt and stole an important point from Vegas.

Do you know who was the most interested spectator of the match between Vegas and San Jose? Fans and the press service of the Dallas Stars, with whom the Knights are in a tense struggle for getting into the playoffs. Bordelo’s game-winning goal literally drove Dallas’ twitter account crazy, exploding in a series of exclamation points seconds after the puck hit the net.

“!!!!!!!!!!!!!!!!!!!!!!! .. We love you, “San Jose” (today). Tomorrow is going to be fun,” the Stars tweeted. Tomorrow, or rather, the day after tomorrow Moscow time, it will really be fun. On the ice of the home arena, Dallas will host Vegas in a key game at the end of the season. Now in the standings, the teams share three points, and the victory of “Dallas” in regular time guarantees them participation in the playoffs, and “Vegas” in this case will go on vacation. But it is noteworthy that now even a possible defeat will not be a disaster for the Stars, because they will still maintain an advantage in the table over the Golden Knights. And they have to thank San Jose for this, which tripped up their principal rival.

“We don’t have time to sit here and be sad about what happened. But if these two points are ultimately not enough to get into the playoffs, it will be very painful to remember today’s defeat in the summer, ”Debur said at the post-match press conference.