“I just closed my eyes.” The pupil of “Zenith” hit with a double miracle save in the RPL! Video 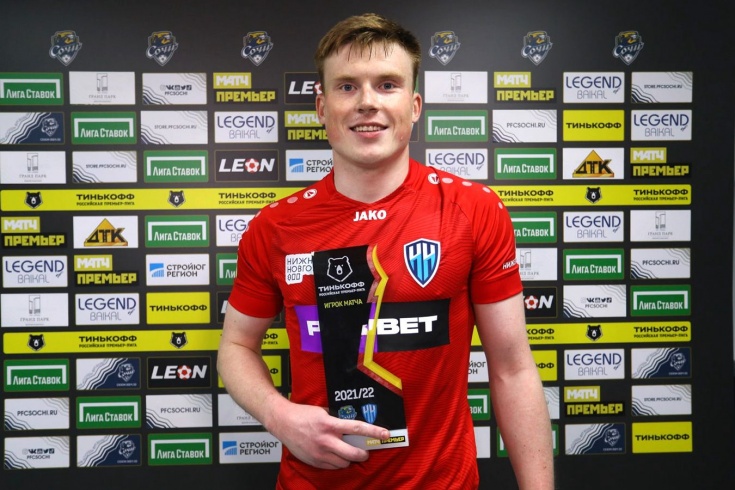 More recently, Nikita Goylo was sitting on the FNL bench, and today he became the best in the game against Sochi and jokingly said hello to his mother. Pretty boy!

In the 29th round of the RPL, Sochi hosted Nizhny Novgorod. Vladimir Fedotov’s team got in great shape in April and in the last three matches won three victories with a total score of 10:2. Nizhny Novgorod, on the contrary, is experiencing problems: the last time the debutants of the RPL won on April 2, when they beat Rostov on the road (2: 1).

Since then, Alexander Kerzhakov’s team has lost three times and drawn twice. In early May, the head coach made a change: he changed the goalkeeper. Instead of Artur Nigmatullin, Nikita Goylo came out for the match against Sochi. And became a hero!

Nigmatullin has played 23 matches this season (seven clean sheets) and conceded 28 goals. But the game with Arsenal in the RPL debuted Nikita Goylo. Although the 23-year-old goalkeeper did not save the team twice, he dragged a penalty from Djordje Despotovic. That’s how it was.

In the previous round, the 23-year-old goalkeeper was unable to save the team after Alexander Troshechkin hit. But today it’s fixed! In Sochi, he made seven saves and played his first match to zero in the RPL. It is worth noting that until the 70th minute Nikita was insanely lucky.

And here here Nikita had to play the role of Artyom Rebrov and thank the gate. True, it was necessary to kiss not the barbell, but the crossbar.

In general, during the match the hosts struck 16 shots and hit the target 7 times. And the coolest save, double, Goylo created in the 77th minute. First, Nikita reacted to the blow of Timofey Margasov, who struck hard from his left foot. And then, in a fantastic jump, he repelled a blow from Kirill Zaika, who struck with a head from close range. It’s just a must see!

Thanks to the rescues, Nikita was recognized as the best player of the meeting (Andrey Arshavin chose him as the best) and was awarded an honorary statuette. But the main gift for him is a dry game. After all, back in the fall, the pupil of Zenit was a reserve goalkeeper in the Togliatti Akron, and now he is the hero of the match with the RPL medalist. In the summer, Nikita’s lease ends and he will return to the Zenit double. But if he continues to play like this, then here it’s not far from the base. 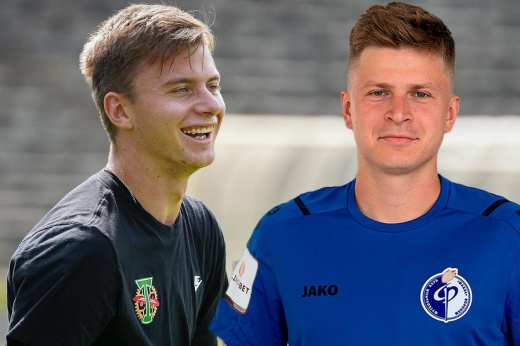 7 bright players of the FNL, able to sharply strengthen the clubs of the elite division. Who to expect in the RPL?

After the match, the goalkeeper continued to delight the fans: first, when asked about his double save, he suggested that the journalist review the replay, and then said that at that moment he “just closed his eyes”, and luck helped him. But when the questions were over, Nikita asked for the floor to say hello to his relatives. And especially canceled my mother, who “ate a whole ton of sedatives.” Handsome!