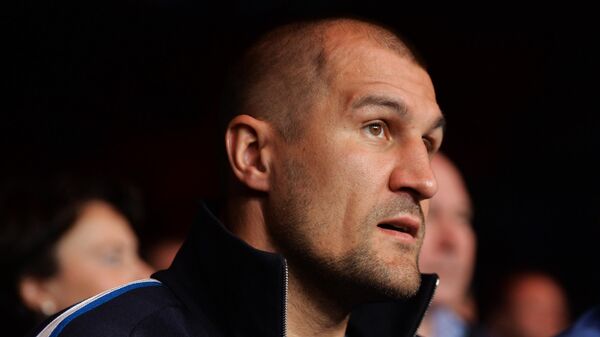 MOSCOW, May 14 – Former light heavyweight boxing world champion Russian Sergey Kovalev was lighter than the bronze medalist of the 2012 Olympics, Bulgarian Tervel Pulev before the fight in the first heavyweight.
Kovalev’s weight was 89.1 kg (196.5 lb) and Pulev’s was 89.5 kg (197.5 lb).
The fight between the Russian and the representative of Bulgaria will take place on May 14 in the American Inglewood.
Kovalev is a former World Boxing Association (WBA Super), International Boxing Federation (IBF) and World Boxing Organization (WBO) world champion. For the Russian, this fight will be the first since November 2019 after the defeat by knockout from the Mexican Saul Alvarez. Then Kovalev lost his WBO world title.
On account of the 39-year-old Russian 39 fights, including 34 wins (29 by knockout), four losses and one draw. Pulev, 39, is the younger brother of Kubrat Pulev and has 16 wins (13 by KO) and no losses.