Home News Shann dirtyly hit Kaprizov in a jump near the boards, video of...

“What the hell is this not deletion?!” In America, outraged by the vile attack on Kaprizov 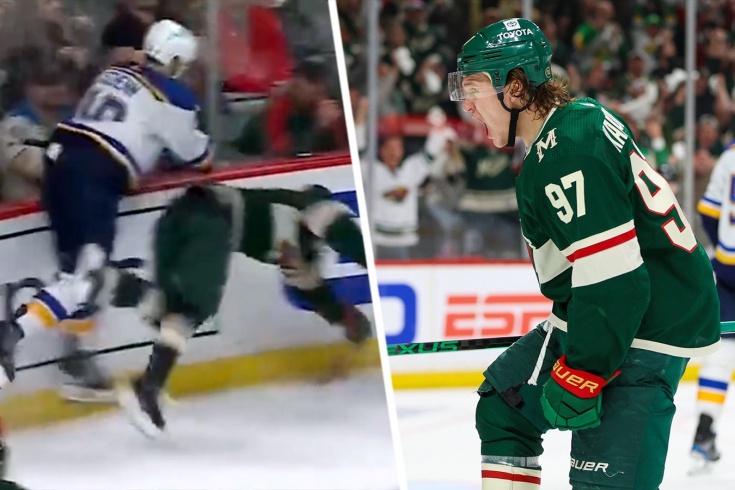 Canadian Shenn thought of hitting the Russian in the back at the side in a jump. And I didn’t even get a two-minute penalty from the judges!

Kirill Kaprizov is the main character of Minnesota. In the regular season, the Russian rewrote all records of the Wild franchise, and now in the playoffs he does not get tired of making history for the Wilds.

In the second match of the series with St. Louis, he scored a hat-trick – the first for the Minnesota players in Stanley Cup matches. 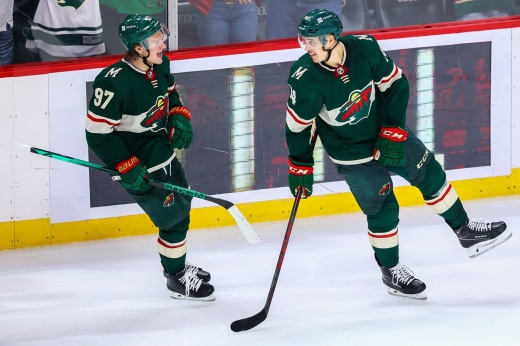 Incredible! Kaprizov scored the first hat-trick in the NHL playoffs, entering the history of Minnesota

Then Kaprizov scored in both the third and fourth games, and in the fifth meeting he even put a double at the gate of Jordan Binnington. As a result, the interim title of the best sniper of this playoffs and a new Minnesota record: no one has ever scored at least 6 goals in one series in the history of the Wild, and Kirill already has 7 goals. 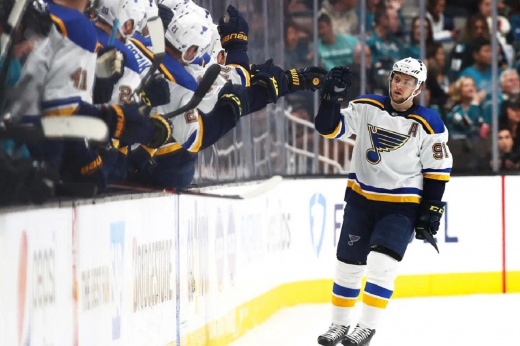 “Russian striker Wild is the strongest player in the confrontation. There is simply no hockey player in St. Louis who would stand at his level, ”The Athletic journalists came to this conclusion before the fifth match of the series, and, perhaps, this opinion can be called objective. Yes, literally today Kaprizov was eclipsed by Vladimir Tarasenko, whose natural hat-trick in the third period allowed the Blues to win the most important away victory and lead the series 3-2.

But about the stability of modern Kaprizov, about his focus on the goal in every match, about the threat that he regularly poses to the opponent, Tarasenko and other St. Louis forwards (and Minnesota too) can only dream of.

How to deal with Kaprizov? The Blues have not yet come up with a way, but in the fifth meeting they showed that they can go to extreme measures – that is, frankly try to take Kirill out of the game. It is difficult to somehow interpret the actions of the Canadian St. Louis forward Braden Schenn, who in one of the episodes simply attacked Kaprizov, pushing him in the back in the immediate vicinity of the board, and even jumping with both feet!

Surprisingly, Shann’s sneaky and dirty kick was left without any attention of the arbitrators. Although this is far from the first time this season, when the rivals beat Kaprizov hard, they did not receive punishment for this either from the judges or from Kirill’s teammates. Even more surprisingly, the official “Twitter” of St. Louis enthusiastically reacted to Schenn’s act. “It flew in like a battering ram!” – such an inscription appeared in the Blues account.

“I think you can officially state that Kaprizov is the least respected superstar in the NHL,” one fan proclaimed on Twitter back in early March. Alas, nothing seems to have changed since then. And now the justified indignation of Americans on the Internet is unlikely to have any effect.

“Why the hell is this not a deletion?”

“If it was Kadri, the league would have issued a ban by now.”

“It used to be a violation if you take your feet off the ice” (KSTP-TV Sports journalist Chris Long).

“Why is St. Louis rejoicing in a dirty hit against the rules”?

The best response to such an appeal from Kaprizov, of course, would be his game. Now, Minnesota is on the verge of being eliminated from the Stanley Cup, and the Savages really need new exploits of their young leader.