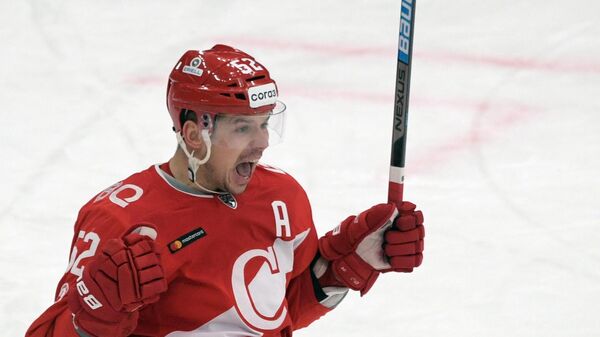 MOSCOW, May 11 – Olympic champion and two-time world champion in hockey as part of the Russian national team Sergei Shirokov left the Moscow Spartak and moved to Avtomobilist, according to the official website of Yekaterinburg residents.
“Motorist” has signed a unilateral contract with the 36-year-old striker for two seasons.
Shirokov played for Spartak from 2020 to 2022, he played 113 matches for the Red-Whites, scoring 74 points (33 goals + 41 assists). The striker was the captain of the team last season. In total in the KHL, he has 690 games and 441 points (192 goals + 249 assists).
Shirokov is the world champion in 2012 and 2014, the Olympic champion in 2018. In 2017, he won the Gagarin Cup with SKA Petersburg.