Home News Smolov came third in the list of top scorers in the history... 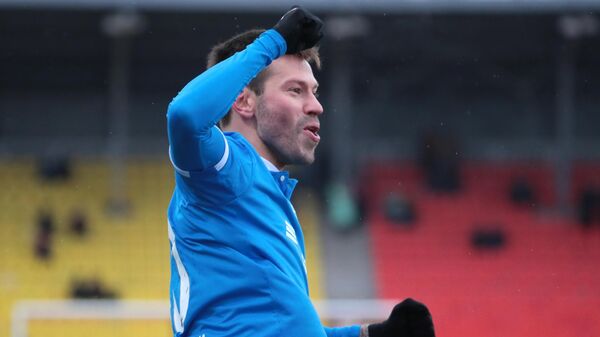 MOSCOW, May 14 – Dynamo Moscow football player Fedor Smolov came third in the list of top scorers in the history of the Russian Premier League (RPL), having opened the scoring in the away match of the 29th round against the capital’s Lokomotiv.
The striker of the “white-blue” caught up in the number of goals in the RPL for his career with Roman Pavlyuchenko. The players scored 94 goals each. Only two have scored more than them in the league – the former player of St. Petersburg “Zenith” Alexander Kerzhakov (133) and the current striker of the “blue-white-blue” Artem Dzyuba (148).