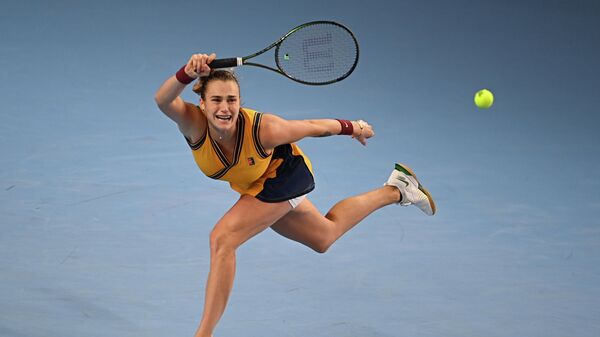 MOSCOW, May 11 – Belarusian tennis player Arina Sobolenko made it to the third round of the tournament in Rome, the prize fund of which exceeds $2.8 million.
In the second round match, Sobolenko (3rd seed) defeated Chinese Zhang Shuai with a score of 6:2, 6:0. The rivals spent 49 minutes on the court.
For reaching the 1/4 finals of the competition, Sobolenko will compete with the winner of the match between Ukrainian Angelina Kalinina and American Jessica Pegula (13th seed).
Also in the third round of the tournament came the Croatian Petra Martic, who beat the Estonian Anette Kontaveit (5) with a score of 6:2, 6:3 in 1 hour and 22 minutes.