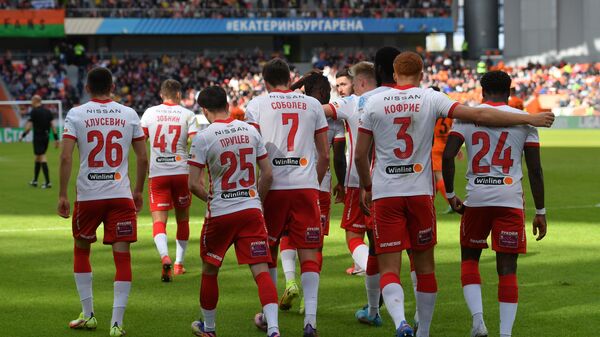 MOSCOW, May 7 – The Moscow football club “Spartak” defeated the Yekaterinburg “Ural” in the match of the 28th round of the Russian Premier League (RPL).
The meeting in Yekaterinburg ended with the score 3:1 in favor of the guests. Shamar Nicholson scored a double (11th and 26th minutes), another goal against Ural was scored by Victor Moses (30). Leo Goglichidze (55) scored for Ural.
The match began with a moment of silence in memory of those who died during the Great Patriotic War, the 77th anniversary of which will be celebrated on May 9.
Spartak moved up to eighth place in the RPL standings with 37 points. Ural is in 14th place with 27 points.
In the next round, the “red-whites” on May 15 will host the St. Petersburg “Zenit” that became the champion of Russia ahead of schedule, the “Urals” will play at home with the Kazan “Rubin” on the same day.