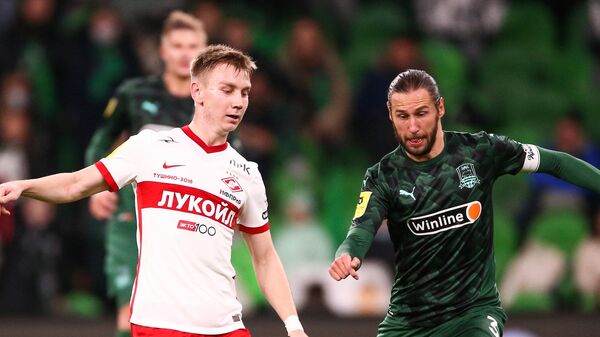 MOSCOW, 20 Nov – The footballers of Spartak Moscow lost to Krasnodar in the match of the 15th round of the Russian Premier League (RPL) and extended the streak without victories in all tournaments to seven games.
The meeting, which took place on Saturday in Krasnodar, ended with a score of 2: 1 in favor of the hosts. In the 16th minute, the hosts took the lead after a goal by John Cordoba. The return goal was scored by “Spartak” striker Alexander Sobolev (45 + 5), who converted a penalty on the second attempt. The player’s first kick was repelled by goalkeeper Matvey Safonov, but due to the fact that he left the goal line before the attacker touched the ball, the penalty was intercepted. The victory of “Krasnodar” was brought by the goal of Grzegorz Krychowiak from the penalty spot in the 61st minute.
Krasnodar scored 24 points and is fifth in the RPL, Spartak is tenth with 19 points.
In the 16th round, “Krasnodar” on November 27 will play against the Moscow Region “Khimki”, “Spartak” on November 29 will meet “Ufa” on the road.