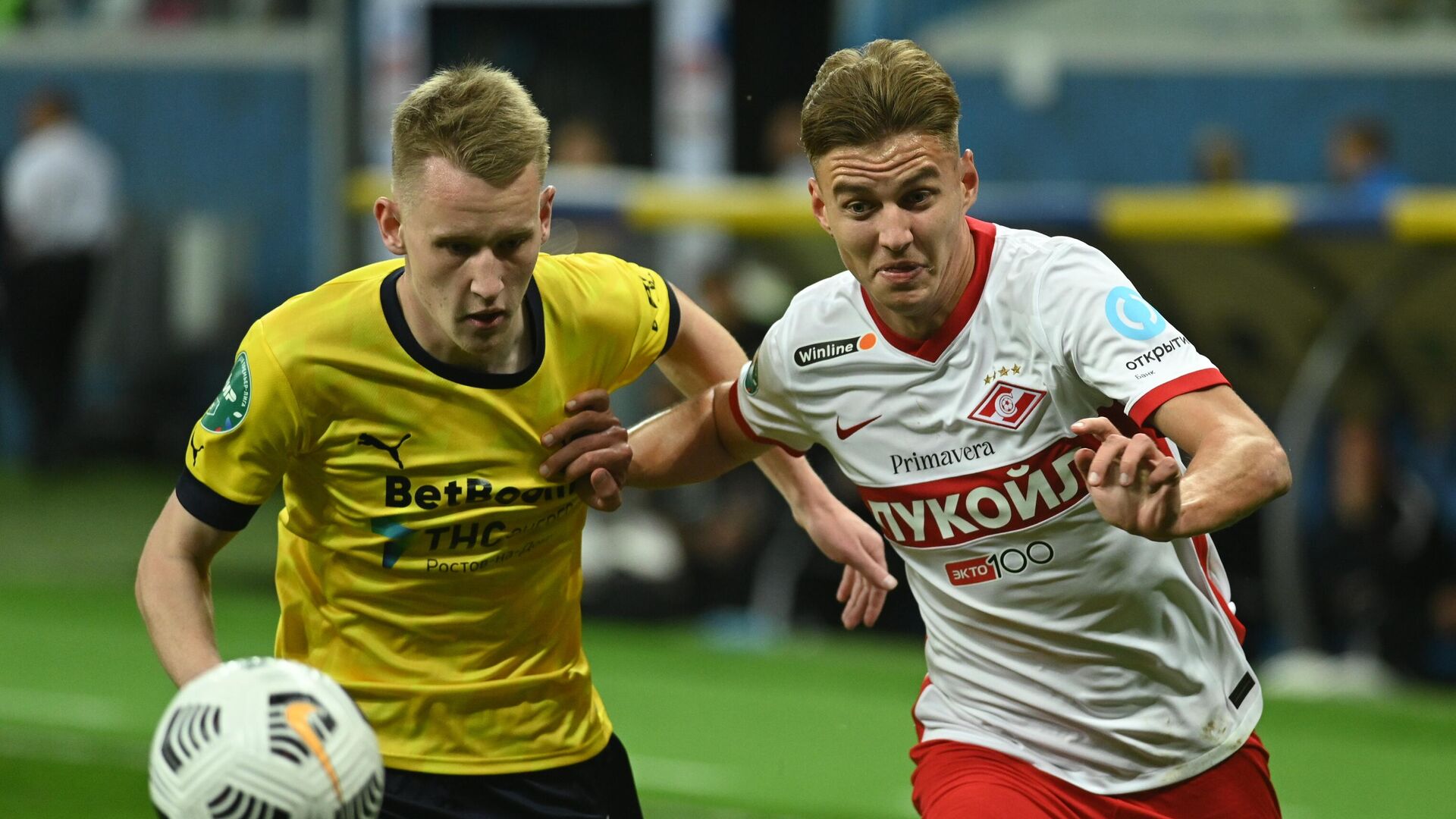 MOSCOW, 11 Sep – A video review of the meeting of the ninth round of the RPL between Rostov and Moscow Spartak appeared on the Match TV YouTube channel.
“Yellow-blue” in their field won a victory with a score of 4:2. As part of Valery Karpin’s team, Dmitry Poloz (28, 71 – from the penalty spot), Daniil Utkin (34) and Nikolai Komlichenko (53) distinguished themselves. Spartak scored goals from Quincy Promes (24), who single-handedly led the RPL scorer race with eight goals, and Alexander Sobolev (76).
Following the results of the ninth round, Rostov, along with Zenit, remained among the two teams that have not yet lost in the Russian championship season. “Yellow-blue” with 19 points moved up to third place in the table, “Spartak” is fifth with 16 points.