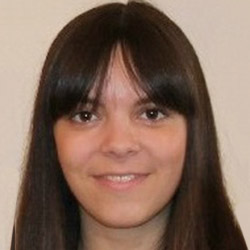 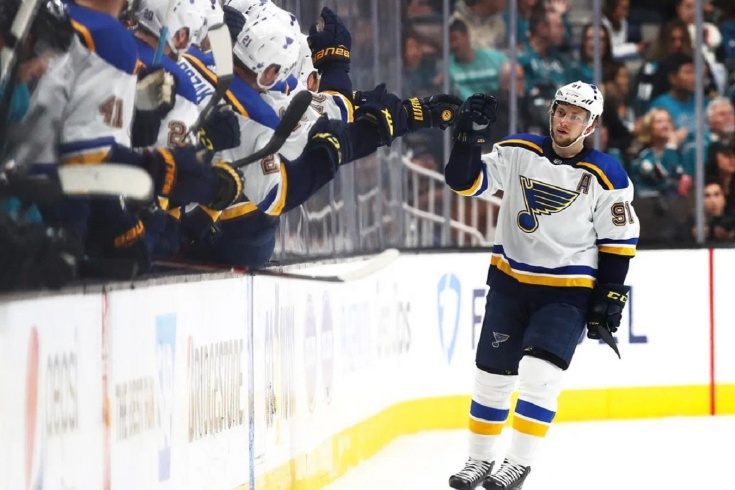 Kirill broke into the leaders of the NHL playoff sniper race, but St. Louis still put Minnesota on the brink of relegation.

The series of Minnesota and St. Louis was supposed to be the most Russian opposition of the first round. On the one hand, Kirill Kaprizov, who broke the club’s records all season and finished the regular season as the team’s top scorer, assistant and sniper. On the other hand, Vladimir Tarasenko, Pavel Buchnevich and Ivan Barbashev, the first, third and fifth scorers of the Bluesmen.

However, while Kaprizov began to light up already from the second match and scored with incredible efficiency, the Russian “bluesmen” at first remained in the shadows, and others set the tone – David Perron, Jordan Kairu, Ryan O’Reilly. Today’s match gave us what we’ve all been waiting for – the Russian super show! The “Musicians” started today’s match with a bang, earned a removal, which was quickly converted by Ryan O’Reilly, lying in wait for the rebound in the chaos on the patch.

In the second half of the period, Kaprizov vtopit fifth gear and turned 0:1 into 2:1 in favor of the hosts, having realized two majority in a row, and he himself earned the second for his team. The Russian uncovered his killer shot in the 14th minute, shooting from the face-off circle through traffic. The goal set Kirill’s record for the Minnesota goals in a single series, beating Marian Gaborik and Wes Walz, who each scored five goals in a series against Vancouver in 2003.

At the end of the period, Cyril brought Minnesota ahead, and everything was perfect in this goal. He robbed Colton Pareiko, who was already ready to throw the puck out of the zone, threw it once – the puck whistled past the far nine. Moved to the other side, got into a good position, received the pass and fired irresistibly into the near corner surrounded by two opponents!

Kirill became the second-most goalscorer in Minnesota history in a single playoff. Ahead of him is only Marian Gaborik, who scored nine goals in 2003. Plus, Kaprizov broke into the sole leaders of the sniper race of this playoff, but his efforts were still not enough to win.

In the second period, St. Louis managed to even the score – the puck bounced off Brandon Saad on the patch after throwing Jordan Kairu. In the third, the Russians of St. Louis finally fired, from whom they had long been waiting for feats. Vladimir Tarasenko had only two points in the second match, Buchnevich had two assists in the series, Barbashev did not score any points at all. Today the guys broke through – Tarasenko scored a double in 88 seconds! In the second minute of the period, Buchnevich, under pressure, gave the perfect pass from behind the gate to Volodya, his throw caught Fleury by surprise.

A minute and a half later, Tarasenko scored a double, this time he was assisted by Ivan Barbashev. This is the second fastest double in the club’s history (Brendan Shanahan scored twice in 85 seconds in 1995), as well as the team’s record for the fastest double since the start of the period (2.31), which surpassed Bernie Federko’s achievement (4.06 in 1981). 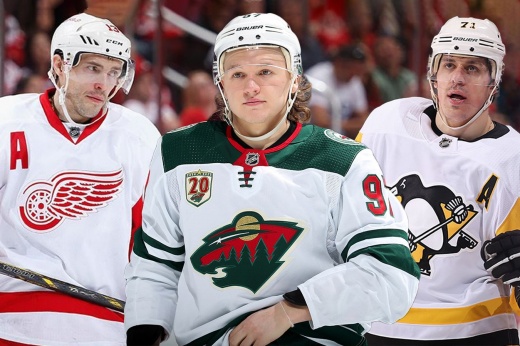 Who, except for Kaprizov? 9 Russian hockey players who made a hat-trick in the NHL playoffs

Tarasenko did not stop there and scored a natural hat-trick, hitting an empty net. This is the second hat-trick in this series – Kaprizov had the first in the second game. “Well, one Russian (Kaprizov) made the stands jump from their seats at the beginning of the game. Tarasenko said, hold my beer,” joked St. Louis columnist Lou Korak.

Louis put Minnesota on the brink of relegation, after the game Tarasenko was asked if Kaprizov’s double inspired him to hit a hat-trick in the third period? Volodya replied modestly: “No, I am inspired by today’s victory. At this time of year, that’s the only thing that matters.”