The 2022 FINA World Championships are already special. The point is not only that the tournament could not take place at all and was transferred from Japan to Hungary with great difficulty. But also in the fact that the tournament, alas, takes place without the participation of Russian athletes. Most of all, the absence of ours is felt in synchronized swimming. Without Russian mermaids, the tournament looks dull and ridiculous.

“Other countries will miss us”

The absence of Russian women at the World Cup played into the hands of other teams. It is clear that without our athletes, foreign synchronized swimmers have more chances to climb to the first line of the podium. The Russian national team assumed that Ukrainian women would now take the place of the favorites.

“I don’t know how comfortable it will be for them to perform without us,” said Tatyana Pokrovskaya, head coach of the Russian national team. – Ukrainians will strive for the first place, but other countries will miss us. Or maybe… I don’t know. They believed that Russia is the school where they study, they learn from our compositions. We have achieved everything with our work, we did not buy the results, and now, of course, it is very sad.”

Interestingly, the Russian team wanted to present an updated team line-up at the tournament, but, apparently, this is being postponed indefinitely.

The possibility of winning gold for representatives of other teams also entailed a chance to set a historical achievement – to break the hegemony of Russia in synchronized swimming. This, in fact, happened.

On the very first day of the tournament, Japanese Yukiko Inui became the first non-Russian woman in history to win gold in the solo technical program. Since the first appearance of this discipline at the World Championships in 2007, only the representatives of Russia have won victories. The second place in Budapest was taken by the Ukrainian Marta Fedina, and the third place was taken by the Greek Evangelia Platanioti. 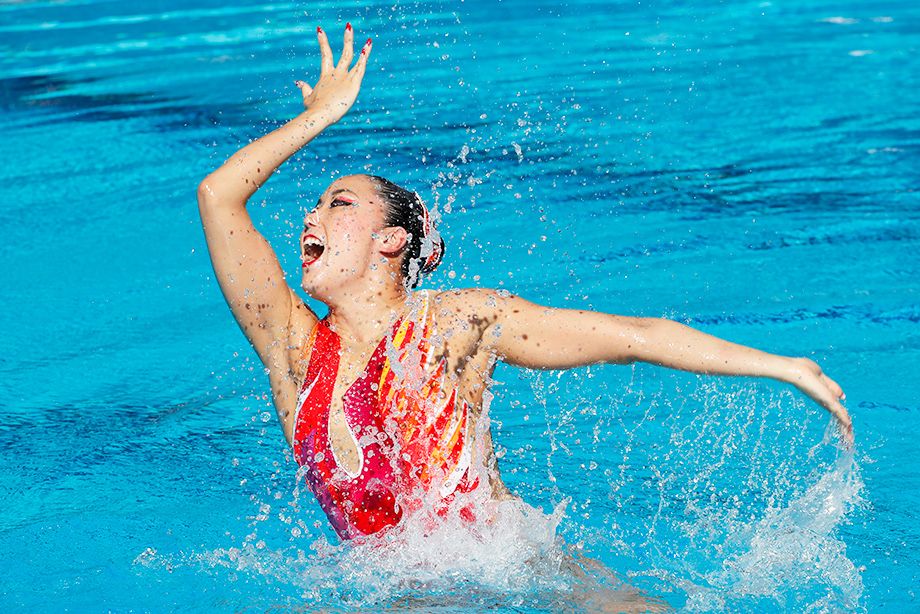 The results of the tournament did not please the Russian synchronized swimmers, who watched the competition from home. Three-time Olympic champion Alexandra Patskevich honestly stated that the level of Russian women is much higher.

“If we talk about solo, we can say that Svetlana Kolesnichenko won without coming to the competition. It is absolutely clear how much her level is higher,” Patskevich said.

No matter how much the FINA officials would like to remove our synchronized swimmers from the World Championships, the tournament was not without the influence of the Russians at all. So, the fourth place in the technical program in the solo was taken by the Italian Linda Cerutti, who performed with the program that our Vlada Chigireva put on her. True, after Linda’s speech, Vlada admitted that, as a result, not too much was left of her program.

“There is little left of my production. Music, musically arranged elements, the last pose and the beginning of the first bunch. They also simplified the hands, which upset me – the image was lost. But I am glad that this program was presented at the World Championships, we will be more satisfied with the next programs that will be shown in Budapest. She was sure that if Linda did the last element, she would be put in third place. But the Greek woman was better in height, I think it played. Otherwise, she also had mistakes.

Cerutti’s performance is not the only one staged by Russian synchronized swimmers. In total, our girls developed four programs for the Italian national team: technical solo, duets and combination. Vlada Chigireva, Svetlana Romashina and Alexandra Patskevich took part in the work.

“The technical solo was staged by Vlada Chigiryova. The technical duet was choreographed by Svetlana Romashina, and the free dance by Vlada and I. Those programs that we put on, Sveta Romashina assessed with her own eyes, said what points could be corrected and finalized, ”said Patskevich.

Interestingly, in the current difficult situation, the Italian athletes do not hide the fact that the programs were given to them by the Russians. On the contrary, they actively talk about working with our synchronized swimmers.

“Italian commentators and the girls themselves, when they comment, they say that we put on programs for them, and they do it with pride. It’s nice,” said Chigireva.

Albeit in this form, but the Russian spirit is present at the World Cup. But it is sad that the tournament is still taking place without Russian mermaids and we will have to hear every day about new interrupted winning streaks of Russians. And they are interrupted by those who, in a fair fight with Russia, would not have coped.