The best tactical plan for the 2022 World Cup. How Saudi Arabia “nailed” Messi and Argentina 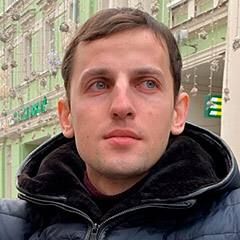 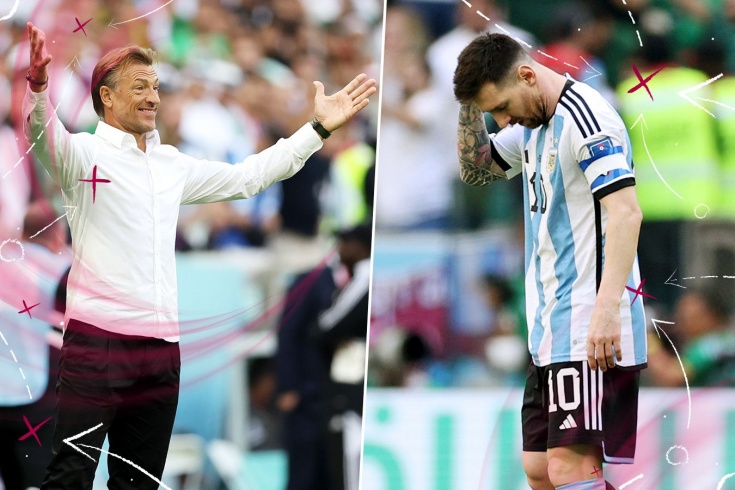 Artificial offsides of Renard’s team immediately gave two pluses. And for the Argentines, it is not the defeat itself that is nightmarish.

Against the Argentines, Saudi head coach Herve Renard had two plans – one with a draw and a losing score, the second with a win. Both worked. Let’s talk about each one in turn. 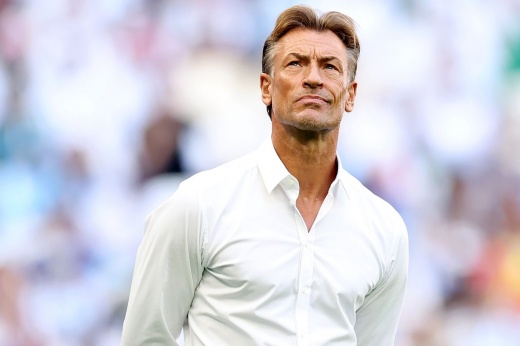 This coach stopped Argentina with Messi. Who is Herve Renard?

Plan A: offside trap to neutralize Messi and organize his fast attacks

During the match, Saudi Arabia caught the opponent in an artificial offside ten times – a record number of the tournament. But with a winning score – only twice – a double of goals by the 53rd minute allowed Herve Renard’s team to switch to a more cautious game.

Playing the offside trap gave the Saudis two pluses. First, this manner provided the maximum density between the lines. Secondly, the conceived tactics with a high line of defense made it possible to disperse fast attacks from the center of the field and take the defenders of Argentina by surprise.

When playing pressure, there is no chance to simultaneously create density both in the center of the field and in the area between the goalkeeper and the defenders – somewhere you need to take risks, half-measures usually do not lead to anything good. Saudi Arabia logically chose the risk from behind with an artificial offside, because between the lines of Argentina, Leo Messi skillfully plays – it’s not against him to embark on an adventure! If you give him freedom when pressing, then the goalkeeper and defenders may no longer be saved. The idea justified itself – by the 53rd minute, Messi had only one successful stroke, one key pass (from a free kick) and two shots (including from the penalty spot). 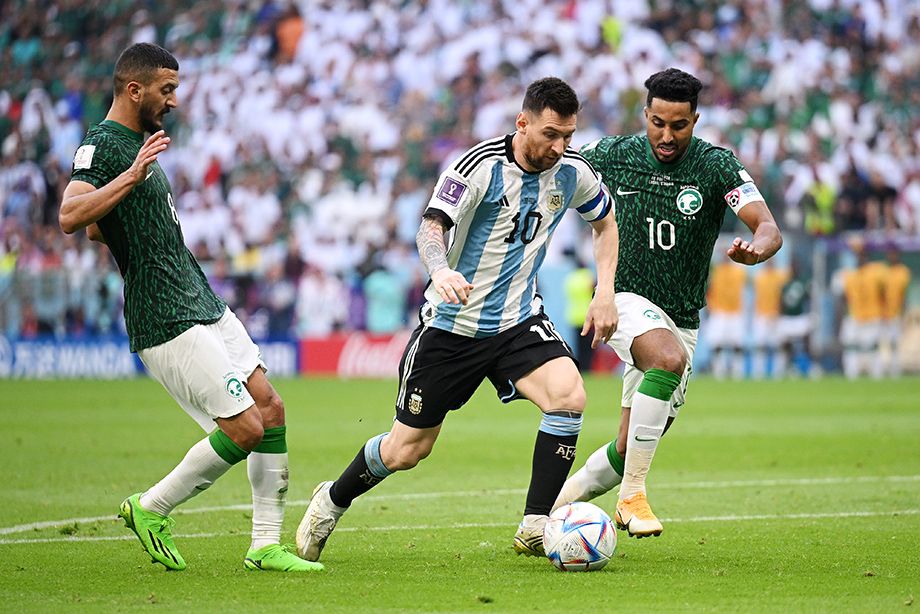 The Saudis showed in their first scoring attack that they can easily fly to the goal and punish the opponent during the selection in the center of the field. The episode turned out to be extremely revealing: the central defender Al-Tambakti took the ball away from Leo Messi in the central circle, thereby dispersing the scoring combination. Only eight seconds passed from the moment of selection to the fluttering of the ball in the net! Thus, with a bold plan, Herve Renard managed not only to turn off Messi, but also to build a goal after losing him. So far, the best tactical move of the tournament.

Plan B: five or even six defenders towards the end of the match with Argentina

Saudi Arabia could not play the entire match safely, purely physically. From the moment the Saudis took the lead, they began to play more and more carefully – with every minute. It was a necessity – Argentina, which had nothing to lose, went ahead with all its might and forced them to barricade their own penalty area.

Caution manifested itself in the rejection of artificial offsides, and in changing the number of defenders. If in the course of the first half and at the beginning of the second there were four of them, then in the second half of the meeting there were first five, and then even six. When it took to “survive” at all costs, the Saudis were fully prepared for this. Yes, Argentina got more shots (5 before the 53rd minute, 10 after), but with the defensive plan of the Saudis, out of 10 shots, the Argentines immediately struck 7 after corners, when the attacking players had the maximum resistance. Messi was already a little sharper too, but it didn’t lead to anything: four hits, three key passes and two successful strokes.

Six Saudi defenders at the end of the match

For Argentina, it is not the defeat itself that is nightmarish

The worst thing for the South Americans now is that the coaching staff of Herve Renard and the Saudi Arabian footballers showed two plans at once, how to neutralize Argentina. Surely Poland and Mexico – the closest rivals of Messi and the company – paid attention to this, and now they have several ready-made options, it remains only to choose the one that is more convenient to implement. 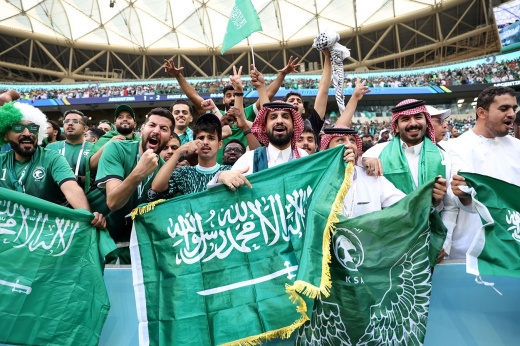 All of Qatar was rooting for Saudi Arabia. How the miracle in the match against Argentina looked live

When Argentina won the Copa América a year ago, it looked as if they could take on something more. But then she made her seriously doubt it: she took second place in the 2022 World Cup qualification, immediately behind the Brazilians by six points, and now she has sensationally lost to Saudi Arabia. To go far in Qatar, Messi and the company now need to overcome themselves – there is no more room for error.