Home News The Czech national team beat the Finns in the match of the... 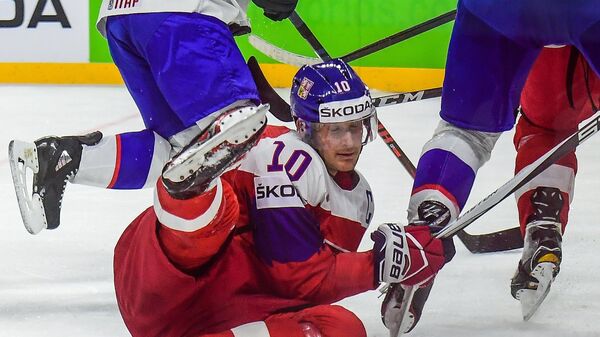 MOSCOW, May 7 – The Czech national ice hockey team outplayed the Finnish team in the match of the final, fourth stage of the Eurotour, which takes place in Sweden.
The meeting, held in Stockholm, ended with the score 3:1 (0:0, 2:0, 1:1). Among the winners, goals were scored by Roman Cervenka (37), Jiri Smeikal (38) and David Kreichi (60). The Finns scored Petrus Palmu (49).
The Czech national team will play the final match of the Swedish stage on May 8 against the Swiss team, the Finns will play with the Swedes on the same day.
At the end of February, the chairmen of the hockey federations of Sweden, Finland and the Czech Republic decided not to invite the Russian team to the remaining stages of the Eurotour due to the situation in Ukraine.