The denouement of the Russian Volleyball Championship turned out to be not quite the same as expected, but this made it even more interesting. The favorite of the tournament Kazan “Zenith” unexpectedly lost in the semi-finals and now is content with only bronze. Dynamo, on the other hand, secured the second championship in a row, although not without some torment in the final with the Novosibirsk Lokomotiv.

The main match of the Final Six was not the final, but the semi-final between Zenit Kazan and Lokomotiv Novosibirsk. If Dynamo, as expected, beat St. Petersburg Zenit with a score of 3:1 (25:21, 25:18, 19:25, 25:23), then the second semi-final meeting turned out to be more intense.

Even before the start of the game, statistics spoke in favor of Kazan, it seemed that they were the clear favorites of the meeting. Former Zenit coach Vladimir Alekno was sure that Kazan would take the championship without any problems. 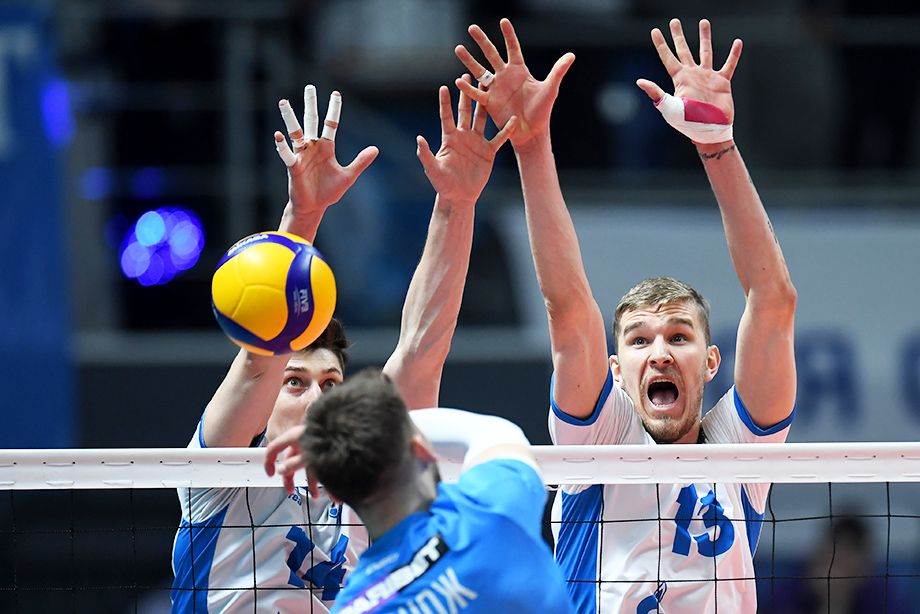 “I am more than sure that Zenit Kazan will become the champion, and the main rivals will traditionally be Lokomotiv and Dynamo from Moscow. The Final Six format has its own specifics, but judging by the way Zenit looks this year, I think they will solve all their problems.

However, he unexpectedly made a mistake. Apparently, the champion’s fetters pressed on the Kazan team, which Aleksey Verbov spoke about even in the group stage.

In the match with Lokomotiv, it was extremely difficult for Zenit. In the first and third sets, I had to be in the role of catching up for a long time, and in the second – to watch how the opponents quickly win back the reserve created. No matter how hard Kazan tried, the 36-match winning streak was interrupted at the most inopportune moment. The final score is 0:3 (23:25, 23:25, 21:25). After the match, Alexey Verbov said that Zenit did not play the whole match, but suffered on the field.

Lokomotiv was better today. They played volleyball, and we suffered. Who is guilty? Coaching staff. So, we failed to liberate the guys so much that they thought about volleyball and swaggered on the court, as they did the whole season. Today we dropped such balls, we made such mistakes, which are uncharacteristic for the team. Nothing worked out for us, there was some kind of panic. Any loss is a tragedy for me personally. For many guys, especially those who are more emotional, it is also a tragedy. Our task now is to help them. I explain to them that this is only one of the many championships of Russia in their career. But it’s true, words. It is clear that it is difficult for everyone now.

Finally, Alexey Verbov simply apologized to the fans who were preparing for the championship celebration in Kazan.

Of course, in the match for the third place, the Kazan players rehabilitated themselves: they calmly beat teammates from St. Petersburg. Although it cannot be said that the match was sharp, tense, or at least somewhat outstanding. One team tried to fight after a severe emotional breakdown (after the defeat from Lokomotiv, the same Dmitry Volkov could not hold back his tears), the other played the final match not at the peak of his form, also without Viktor Poletaev, whose old injury aggravated. 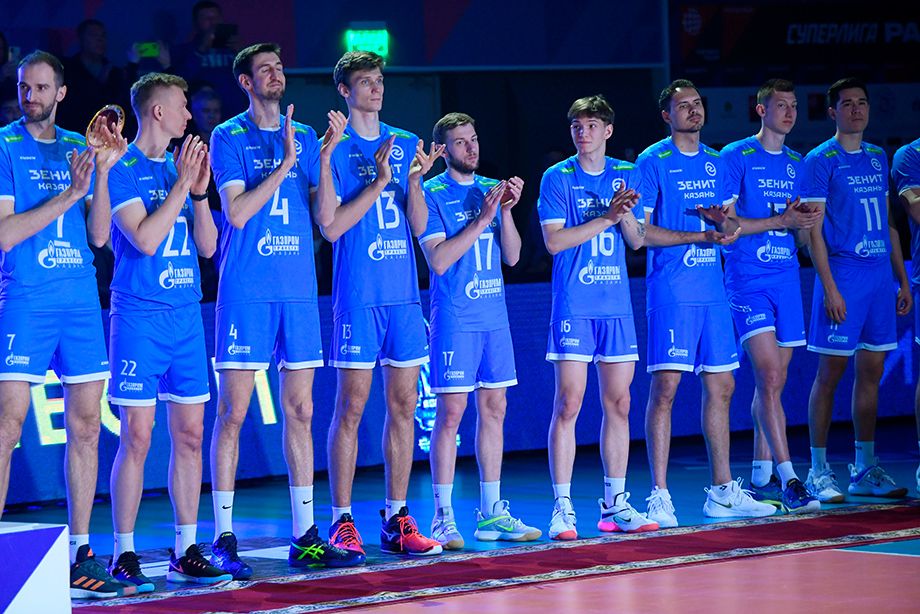 As a result, the entire first set of Kazan just destroyed St. Petersburg. In the second set, the situation almost changed, and the team from St. Petersburg was close behind the club from Kazan, but due to mistakes they missed the opportunity to recoup. In the third set, Alexei Tolochko’s wards completely lost hope, because Kazan managed to make a huge backlog, which was no longer win back – 25:14. An easy victory 3:0 (25:19, 25:19, 25:14) brought Kazan Zenit medals, though not at all the ones the team had hoped for.

“They could give up today, but they came out, endured. The quality of the game was expected to be different, but the opponent did not approach the match in the best possible way. Whether this is due to the fourth game, or with the injury of Viktor Poletaev, – Verbov said after the match. – We were a bit lucky that the opponent also made a lot of mistakes. I do not want to comment on the results of the season. It is clear that this is not what we expected. A double feeling in terms of the result, but in terms of the team and the work done – from and to. We have not reached the final result, and certain people will evaluate my work.

After the sensation from Lokomotiv in the semi-finals, it became clear that it was impossible to name the winner of the Final Four in advance. Yes, the statistics were again on the side of the rivals – in this case, Dynamo – but previous experience has already suggested that it is not worth believing the numbers ahead of time.

The match between Muscovites and Novosibirsk turned out to be tense. In the first set, Dynamo felt more comfortable, starting from the first minutes to seriously put pressure on the opponent. However, after the starting attacks of the blue and white game leveled off: Novosibirsk not only managed to equalize, but also from time to time pulled ahead. In many ways, a timeout helped bring the team back into the game, which Plamen Konstantinov took just in time. Nevertheless, everything was decided not in favor of the railroad: after the mistakes of Sergei Savin and Dmitry Lyzik, the Muscovites took the set (24:26). In the second set, the game developed similarly: first, Dynamo took the lead, then Lokomotiv caught up, and then the teams went on a par. Only this time luck and skill were on the side of the railroad workers – 25:23. 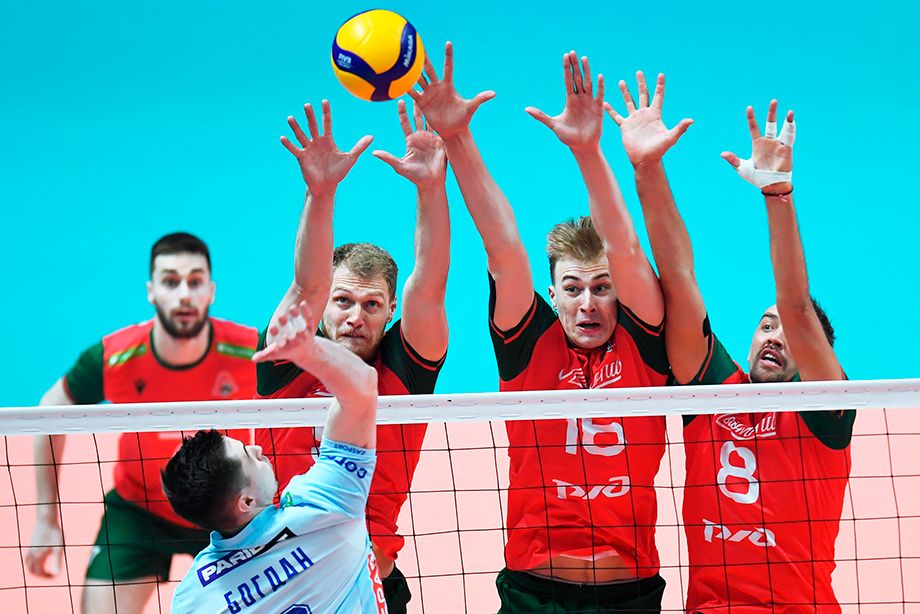 In the third set, Novosibirsk first pulled ahead largely thanks to Gordon Perrin, but Dynamo not only quickly eliminated this backlog, but also turned it into their own advantage.

In the fourth set, Loko again had to win back, the Novosibirsk team was helped by an extremely long video review, after which the advantage turned out to be on the side of the railwaymen 8:6. This state of affairs, it seems, broke the opponent: the advantage quickly grew to 16:12, and the mistakes of Anton Semyshev, who came on as a substitute, did not leave the blue and white a chance.

The tense match turned into a tie-break, before which Vadim Likhosherstov set up the blue and white for a long time: “I just said what was inside me. That you need to enjoy the moment, remove the shackles and enjoy the game, not think about the result – then he will come. When you are relaxed, you can act without fear of a mistake,” he admitted after the end of the final.

“It’s hard to lose the final. But the guys fought, gave everything they could. I think that the age of the players at the end of the fourth and fifth games affected, – Konstantinov explained after the defeat. – Our players are older and more tired than the Dynamo line. This affected the effectiveness in attack and innings. There are no questions for the guys. The season is positive. Both the regular season and the Final Six. Such a life. Anything is possible in sports. You need to accept such defeats in order to draw your own conclusions on how to play such matches. Many guys from our team held such a final for the first time. They will remember and next year they will play with great experience. That’s important too.” 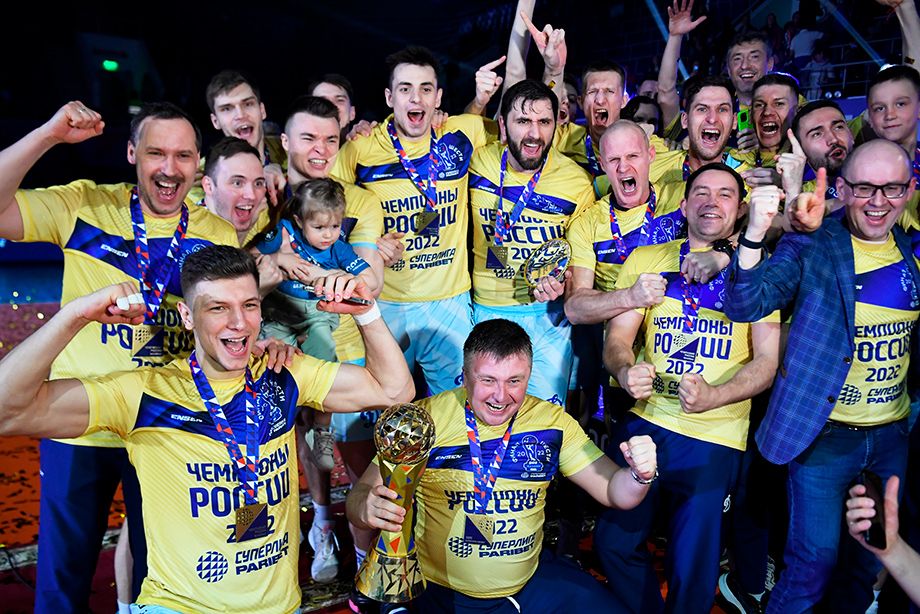 Dynamo is the champion

The coach of the winning team, Konstantin Bryansky, admitted that it was more difficult to defend the title than to win for the first time.

“Defending the title, as it turned out, is much more difficult. Now desolation. Also, the match turned out to be such that the intrigue was kept until the last moment, except perhaps for the fifth installment. It was clear that we had seized the initiative. The final went well. In general, we had losses throughout the season. After the injury of Ilya Vlasov, we had to completely rebuild the game, as he was a key figure in our scheme. They worked on this for a long time in order to come to a homogeneous composition, an understanding of what to do in this or another situation. And the best game came in the final. Everyone did what they had to.”

This victory for a specialist can be not just one of many in his career, but also the beginning of something bigger. After the departure of Tuomas Sammelvuo from the Russian national team, it is Bryansky who is considered the main candidate for the post of head coach of the national team. And who knows, maybe this Dynamo victory will play an important role in his fate.