The final of the women’s championship of Russia came out no less bright than the final of the men’s. Although there were clearly more intrigues, even if all the familiar clubs fought for medals: Dynamo, Dynamo-Ak-Bars, Lokomotiv and Uralochka-NTMK, they have reached the decisive stages of the playoffs for the fourth consecutive season.

The denouement was beautiful and unexpected. Clear favorites – both Dynamo fought only for bronze, and Lokomotiv and Uralochka staged a real thriller in the final, the winner of which was Kaliningrad. 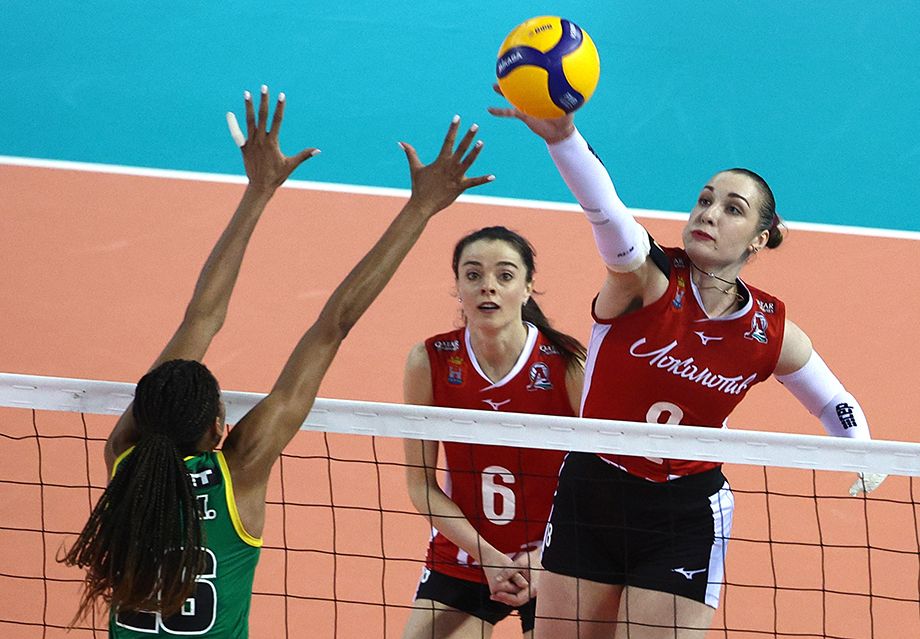 The unequivocal favorites of the Russian championship after the end of the regular season were two Dynamos: Moscow and Kazan. Teams with 68 points took first place in the standings. In recent years, the teams have regularly played in the finals. Since 2005, Moscow has accumulated seven titles, Kazan has six, but this time both teams had to fight only for a consolation prize – bronze medals of the Russian championship.

For the third match, both teams were extremely motivated, but luck and skill were again on the side of the Muscovites. This time the capital team won in three sets, although not without difficulties – 3:0 (25:21, 25:21, 25:22). All three sets were first led by Moscow, but Kazan recouped, equalized the score in the fight, and the winner was determined only at the very end of the set.

“The last step was very difficult for us, so it turned out to be such an uneven match,” admitted the head coach of the champions, Konstantin Ushakov. – Everyone wanted to play as quickly as possible, as best as possible. This nervousness gives such undulating periods in the game. I am very grateful to the girls that they gathered in difficult moments and began to play well. Winning is always good. Another important moment. We started playing as a team, we started to win as a team. And that makes me very, very happy.” 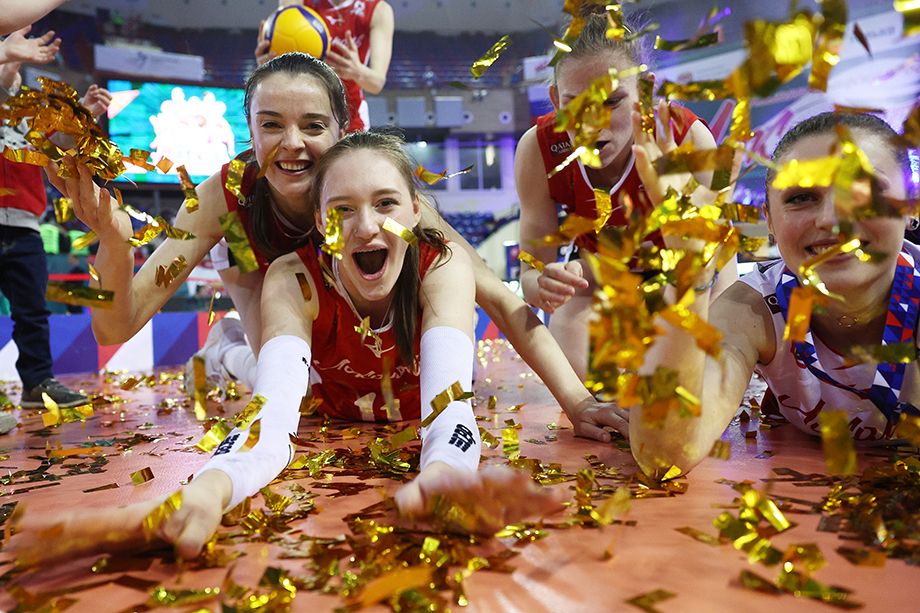 As in the denouement of the men’s championship, the women’s was not without a surprise from one of the teams. Uralochka-NTMK broke through to the final, finishing the regular season only on the fifth line of the standings. However, in the playoffs, the Ural club surprised everyone by beating Tulitsa (3:1; 3:0) and Dynamo-Ak-Bars (3:0, 3:1) and breaking through to the final of the Russian championship. In the final, the team of the legendary Nikolai Karpol, who has been in charge of the club since 1969, had to face the reigning champions, Lokomotiv Kaliningrad.

But it didn’t happen.

The third match again went to Lokomotiv, however, the Kaliningrad team won the away victory only after five sets – 3:2 (19:25, 25:17, 16:25, 25:22, 15:11). “Uralochka” looked pretty confident, seriously led at the beginning of each game, with the exception of the last. The tie-break was equal at first, but Kaliningrad managed to get ahead. 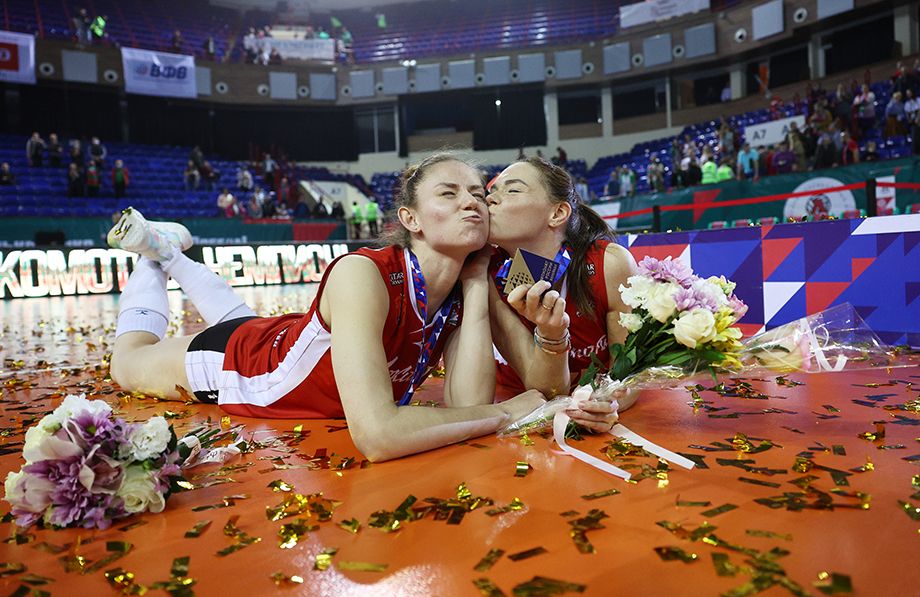 “We didn’t have much luck. Themselves gave the fourth installment, making two spades, got out. In such an important match, you can’t make such a mistake! In fact, they themselves gave up the match. It’s a shame. But there is an equally important game ahead, we will try to show our best volleyball, ”Mikhail Karpol, the grandson of Nikolai Vasilyevich, who officially holds the post of head coach, explained after the match.

“Today there was no key moment, there were swings, but we still managed to snatch this victory. Our players said yesterday after the match that they needed to give everything they had and win the fourth game in order to return to Kaliningrad for the fifth match. No one hung his head, no one panicked. This finale is a real thriller, ”Karpol Jr. shared his emotions. 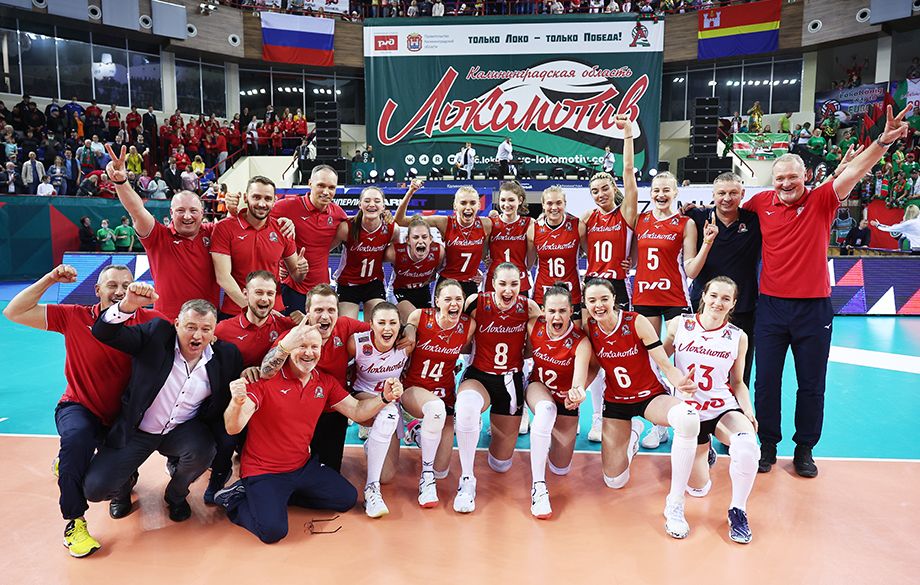 Uralochka started the first set cheerfully, but Lokomotiv quickly calmed down and seized the initiative. Ekaterinburg had a bad reception, the leaders of the attack, Parubets and Montalvo, did not play well. The block worked well for Kaliningrad, and in general, Voronkov’s team looked more cold-blooded – 25:21.

Lokomotiv also took the second set – 25:20. Everything was easy for the hosts, but the guests continued to make a lot of mistakes, especially a lot – on the pitches. The whole set the team from Kaliningrad was in the lead, except that they relaxed a little at 21:17, but Voronkov gave the team a thrashing, and they finished the game with a victory.

But in the third set, the struggle began. Almost the entire game was led by a cheered up Uralochka. Karpol’s wards finally played out and took the lead – 7:4. But Lokomotiv still managed to catch the opponents on mistakes and level the score – 16:16. Equality remained until the very end. Uralochka got two set points there, but missed both. Then Loko played the golden ball after a powerful attack by Voronkova, but this time it didn’t work out to finish the game either. And the end was put by Smirnova, who made two aces and did not allow Lokomotiv to celebrate the championship – 28:26.

The fourth set turned out to be no less intense. Both teams felt the taste of the game, realized the importance of the match. The party again passed in an equal fight. On the one hand, Ailama Montalvo shone, on the other, Tatiana Ezhak. It is worth noting the reception of Ksenia Parubets – largely due to her successful actions on the opponent’s serves, Uralochka had a calm ending – 25:20.

But the tie-break at “Uralochka” did not work out. Montalvo continued to score, but the reception was lame at the right moments. Before the change of sides, the teams were still fighting, but after that, Lokomotiv simply led the way to victory. The hostesses succeeded in everything, and the guests were already looking at the cup with sad eyes – 15:7.

Both teams deserve praise and applause for such a final, but there is only one champion. Lokomotiv took the championship largely thanks to their composure, patience and frenzied spectator support in Kaliningrad, while Uralochka with Karpol did not create a fairy tale, but gave a beautiful fight. And I want to believe that the fairy tale will also be.