Home News The KHL can be divided into two divisions, the author of the...

For the first time, the idea of ​​splitting the Continental Hockey League was discussed about a month ago, a few days before the official closing ceremony of the past season. They talked about the possible division of clubs into two divisions, but not according to geographical, but according to the sports and financial principle. Formally, the divisions could be called KHL-A and KHL-B – the highest and the lowest. As conceived by the authors of the idea, there should have been 12 teams in the main division, which would include top clubs. They were going to include 16 teams in the second division – six teams from the VHL could be added to 10 KHL clubs. It was reported that this initiative allegedly came from the top clubs in the KHL, which enlisted the support of the Russian Ice Hockey Federation.

“I learned about this idea from the media. We divided the MHL into divisions A and B. But we are not talking about the KHL. Who could come up with this? If this happens, the KHL will fall apart. In my opinion, this is unacceptable. Hockey should be in the regions. How to split a league? By what principle? Let’s not discuss such rumors, ”the head of the KHL, Alexei Morozov, in a harsh and categorical form, it would seem, stopped all possible rumors on this score and put an end to this issue. 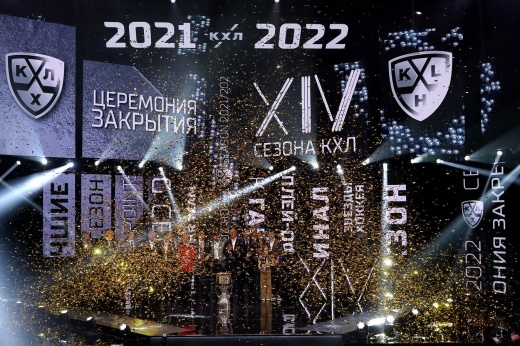 A new round of slavery instead of development. Why the KHL has fallen on particularly difficult times

But the time before the start of the new season was rapidly melting away, and there was still no information on the date of publication of the regular season calendar. And now the reason for this hitch has become known. The thing is that the idea of ​​dividing the KHL into a group of elite teams and those who are unfortunate enough to be ranked among the pantheon of saints has not gone away. Already the president of the KHL was forced to state that the organization was unable to agree with the FHR on the format of the new championship.

“The KHL sent to the FHR for approval the structure of the calendar for the 2022/2023 season in May. Each team in the regular season must play 68 matches, 166 match days in total, with one pause in December for the Channel One Cup. Holding a comfortable playoff for teams, that is, with games every other day, from March 1 to April 29. 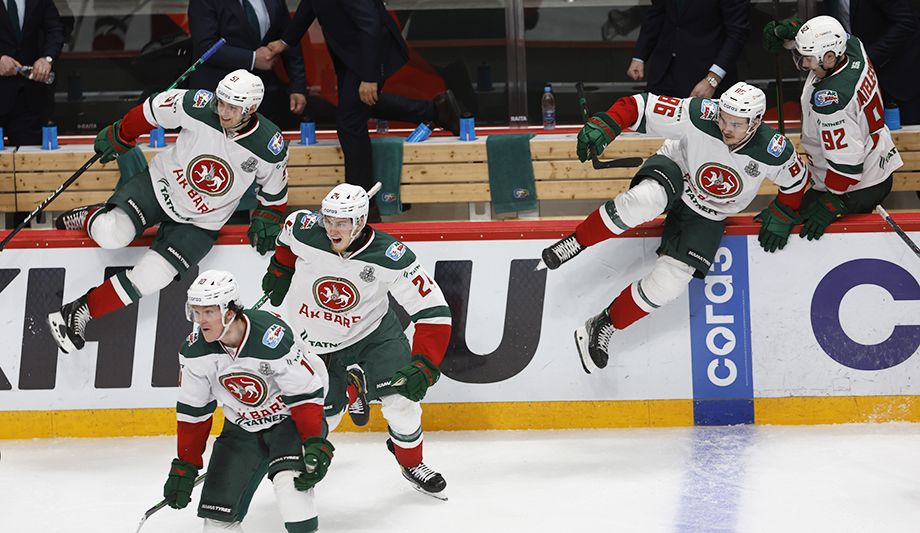 The answer from the FHR was received in June, where it is proposed to divide the teams according to the sports rating into two groups with a different number of teams – into “strong” and “weak” ones with the number of 70 games in the regular season. We believe that it is impossible to propose such reforms a few weeks before the start of the championship without detailed study and without taking into account the opinions of all clubs.

The distribution of participants to conferences before the start of the championship based on the sports results of the past season alone would violate the sports principle. Not taking into account the geographical location of clubs will increase the cost of air travel, as their number will increase. To run a comfortable, even and rhythmic 70 match calendar for each team, it is necessary to have at least 170–175 game days, otherwise you will have to play a large number of double and double matches, and long series of matches every other day. The league sent all the arguments to the FHR. Now it is important to agree on the structure of the new season as soon as possible in order to avoid logistical and organizational difficulties that clubs and the league may face,” Morozov told RBC-Sport. 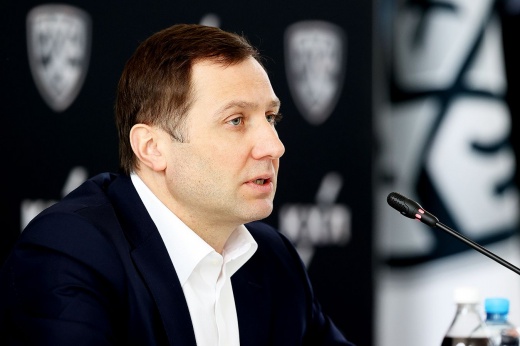 22 clubs, plane problems, premium caps. How the KHL will live in the new season

Further, one of the Russian publications decided to warm up information about the upcoming division of the league with a powerful insider. Say, seven top clubs in the KHL advocated the division of the league into “strong” and “weak”. According to Match TV, seven clubs initiated the idea of ​​dividing the KHL into two separate leagues with “strong” and “weak” teams. Allegedly, they were Moscow CSKA and Dynamo, St. Petersburg SKA, Magnitogorsk Metallurg, Kazan Ak Bars, Ufa Salavat Yulaev and Chelyabinsk Traktor.

However, in a public plane, none of the clubs confirmed this information. Moreover, first representatives of the Ufa Salavat Yulaev, and then the press service of the Magnitogorsk Metallurg, published official denials of their involvement in the FHR idea in their social networks. 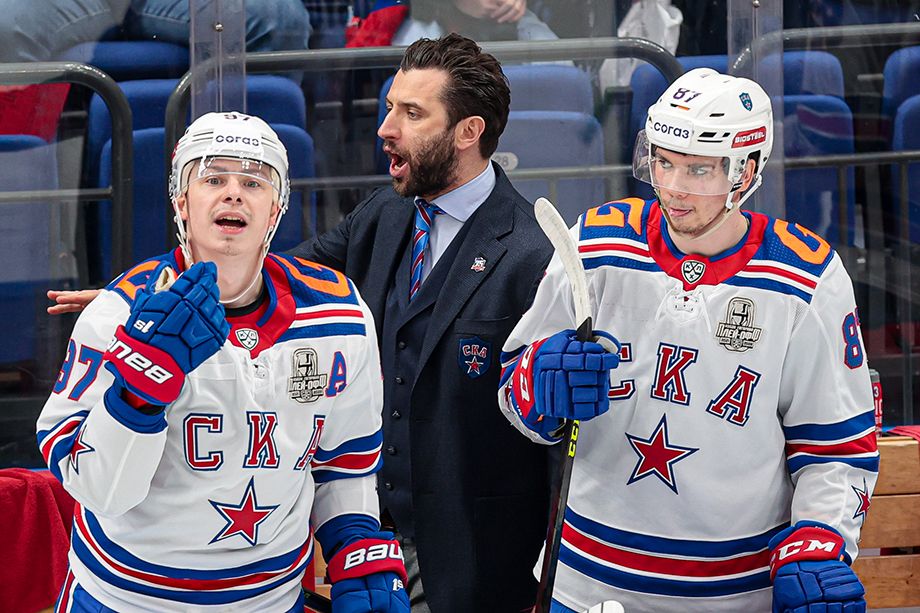 “HC Salavat Yulaev treats all KHL clubs with respect and is always happy to compete with each team that represents the vast geography of the hockey countries of Russia, Belarus and Kazakhstan. The information that appeared in the media about the desire of our club to divide the league into “strong” and “weak” is a fiction and has nothing to do with reality, ”the Ufa residents said in a statement.

“The press service of HC Metallurg directly states that our club did not take part in any voting on the division of the KHL into separate leagues, and even more so was not the “initiator” of such a division,” the message from Magnitogorsk says.

Representatives of Moscow CSKA and Chelyabinsk Traktor also expressed a similar position. According to the “Championship”, in the camp of the Moscow “Dynamo” they were also very surprised by what was written on the website of the sports channel. In turn, colleagues from “Business Online” reported that the Kazan “Ak Bars” did not vote for the division of the league into rich and poor.

The bottom line is that only one of the seven named clubs has not publicly disowned the idea of ​​the FHR. And this club is SKA. But what’s wrong with this idea?

First, on what basis should the league be divided into two classes of teams? According to the results of the last season, how do they propose to do this in the FHR? So, according to these results, Avtomobilist Yekaterinburg remains outside the elite group, and the KHL has already been punished enough for the failure in the middle of the regular season. Having completed the regular season ahead of schedule, the KHL deprived the Ural team of the chance to compete for participation in the playoffs, which, mathematically, the team of Nikolai Zavarukhin still had. For the sake of preparing the Russian team for the Olympic Games, the KHL, with the active assistance of the FHR, was forced to cut off the regular season for an unequal number of matches played. And now it turns out that in addition to losing a place in the playoffs, the Urals may also lose a place in the elite division.

An even more interesting situation is developing with such teams as Sibir, Neftekhimik and Barys. These three teams made it to the playoffs at all last season and didn’t look like whipping boys in the first round. Barys resisted the future finalist of the season – Magnitogorsk, Sibir fought with Salavat Yulaev, and Neftekhimik, although they did not win a single match against Tractor, still became one of the main discoveries of the 2021/2022 season . With one of the smallest budgets in the league, the Nizhnekamsk club was able to put on a game that pleased the eyes of fans even of other teams. And now what – as a reward for all the efforts to get a demotion in the class? 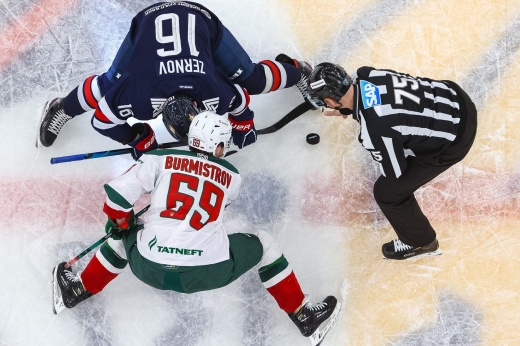 Are Ak Bars and Magnitogorsk ready to fight for the final? Start of the off-season in the East of the KHL

According to the original idea, it was planned that the first dozen would fight for eight spots in the playoffs, two did not go anywhere, but did not fly out, and two more teams went to the so-called KHL-B. If such a plan is put into practice, it turns out that in the new season, representatives of the losers division will fight for two places for promotion throughout the year, without even having a theoretical opportunity to get into the playoffs.

A reasonable question arises, why would club owners invest in these teams if they have no chance of reaching the playoffs? Yes, if you take out Avtomobilist, the budgets of these clubs are not the highest by the standards of the KHL, but if they become even smaller, then we will see the final and irreversible stratification of the league into rich and poor. In this case, the clubs, who were not lucky enough to be in the KHL-B, will lose the last bright hockey players, and then what should the fans of these teams look at? For promising youth? So she will leave after such reforms – either to those very notorious rich clubs, or to the minor leagues of North America. 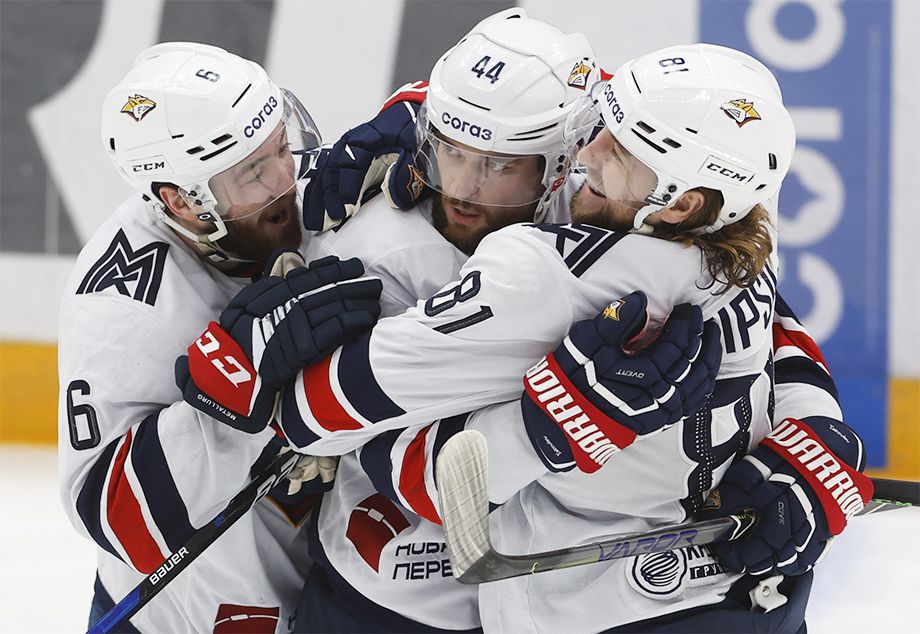 It was also planned that teams from different conferences would still play among themselves, but only twice per season: once on the road, once at home. The rest of the matches will be held inside the conferences: two at home and two away with everyone and a whole series of additional derbies. An increase in the number of matches between principal rivals could go to increase interest in the league. But even here everything is not so simple.

In the post-coronavirus season, the NHL was forced to go for the regular season exclusively within divisions. And everyone witnessed endless matches between Washington and Pittsburgh, Rangers and Islanders, Edmonton and Calgary. Matches, which fans and club players usually waited with great anticipation, have turned into a routine process and have set everyone on edge. At the end of the season, NHL players were already openly complaining about the schedule of the regular season and talking about how tired they were of playing the same opponent day after day. Top matches have ceased to be a holiday and have become a banal story. But in the NHL, they took such a step on a forced basis and returned to the usual regular season format as early as the next season, while in the FHR they suggest that we believe that an increase in top matches will allegedly immediately raise the quality of hockey. 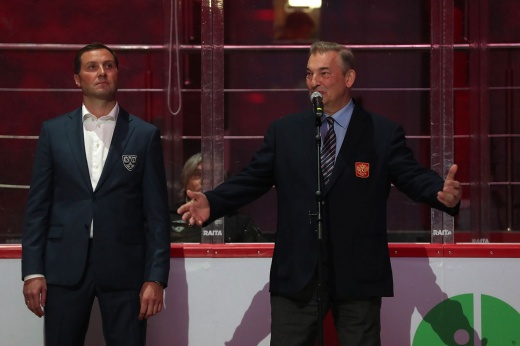 The blow is stronger than geopolitics. The KHL wants to cut the limit on foreign players

No, it won’t. The quality of hockey in the league primarily raises the most equal opportunities for clubs. When the richest club in the NHL, the Rangers, in the offseason is forced to puzzle over which of their players they will have to give up in order to fit into the salary cap, and the released hockey player moves to another team and gets into the top links there. And when two or three rich clubs are vacuuming through the free agent market, collecting not only all the cream, but also the players on the principle of “there will be no superfluous”, dividing into two divisions is unlikely to raise the level of hockey.

However, if the stars are lit, then someone needs it. It is quite possible that the FHR has some good reasons and arguments in favor of the revolutionary concept for Russian hockey. But if so, I would like to hear them.