Home News The media named the names of the possible successors of Alexei Berezutsky... 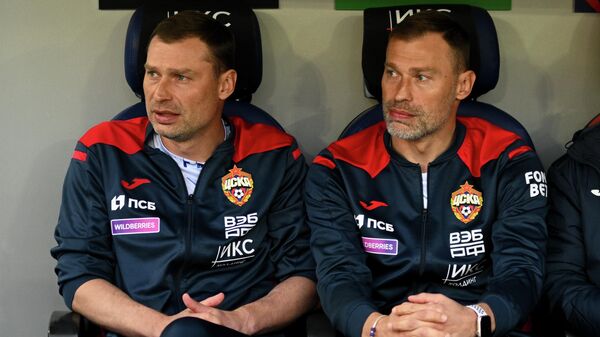 “Sport-Express”: Berezutsky in CSKA may be replaced by Nikolic or Fedotov

MOSCOW, May 8 – CSKA head coach Alexei Berezutsky may lose his post at the end of the season due to management’s dissatisfaction with the results, the Sport-Express newspaper reports.
It is noted that in the event of Berezutsky’s dismissal, the main candidates for his post are Sochi head coach Vladimir Fedotov and Serbian Marko Nikolic, who headed the Moscow Lokomotiv.
Berezutsky took charge of CSKA last summer, with two rounds to go, the club is in fourth place in the Russian championship, five points behind second-placed Dynamo and third-placed Sochi.
In the Cup of Russia, the “soldiers” managed to reach the 1/4 finals, where they lost to “Spartak” (0:1) at home.