Home News The media reported on the plans of the best player of the... 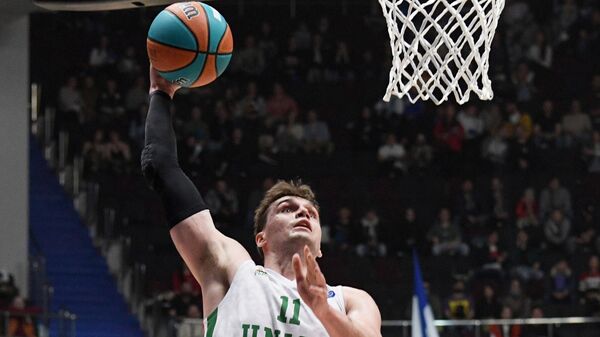 MOSCOW, June 18 – Croatian striker of the Kazan basketball club UNICS Mario Hezonja is close to signing a contract with the Serbian “Partizan”, reports in his Twitter Sportando journalist Alessandro Maggi.
Earlier, the president of the Kazan club, Evgeny Bogachev, said that the club would like to retain the 27-year-old forward, who became the most valuable player of the past regular season in the VTB United League. In 2021, Hezonja signed a contract with UNICS under the “1 + 1” scheme.
Khezonya last season led UNICS in the VTB United League championship in terms of average points scored (18.2), rebounds (7.1) and steals (7.1). In terms of performance, he ranked second among all players in the league (400 points). UNICS won bronze medals.
On Thursday, the board of the Euroleague formed the composition of the teams for the 2022/23 season, there was not a single Russian team in it. As noted, the suspension of Russian clubs was extended for another season due to the events in Ukraine. Last season, UNICS, together with CSKA Moscow and Zenit St. Petersburg, played in the Euroleague, but all of them were excluded from the championship in March, and their results were annulled.