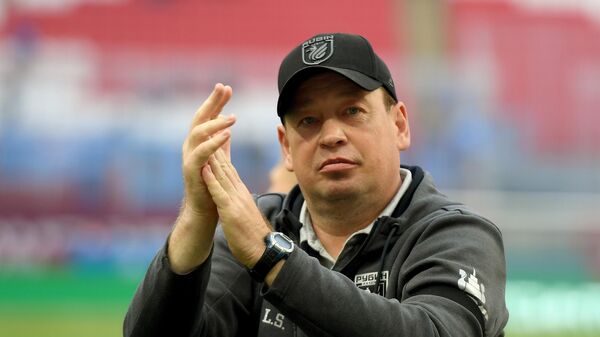 MOSCOW, June 18 – Rubin Kazan’s head coach Leonid Slutsky offered the club’s management not to pay for their work during the year, the Sport. Business Online newspaper reports.
According to the source, the general director of Kazan Rustem Saimanov refused the coach, but his salary under the contract was significantly revised in favor of lowering: Slutsky will receive one million rubles a month instead of 600 thousand euros.
Rubin finished 15th last season and were relegated to the Football National League for the first time in history after 19 years in the top division, during which the club became national champions twice. In the last round, Kazan played in the play-off zone, hosted Ufa at home, which was located in the relegation zone, and lost to it with a score of 1:2.
“Rubin” was enough draw, the hosts opened the scoring, and then missed twice, with the second goal “Ufa” scored in the last minutes of the second half. After ten minutes of stoppage time, “Ruby” was entitled to a penalty, which failed to implement.
Slutsky became the second coach in the history of the Russian championships who won the tournament (CSKA) and was relegated from the top division. The first such coach was Valery Gazzaev (championship with Vladikavkaz “Alania” and CSKA and relegation with “Alania”).