In Abu Dhabi, the 73rd World Championship in the history of Formula 1 ended, and even though the champion was known long before the final race, the season turned out to be exciting and interesting. Although only two or three teams could still fight for victories, the struggle was on all floors of the table, and the Red Bull racers, even guaranteeing the team the Constructors’ Cup, gave a couple of dramatic races at the end.

In hot pursuit – ten short results of the 2022 season.

Changes in the regulations this year were so large-scale that the cars were literally created from scratch – even the tires have changed. But Red Bull worked beyond praise and built the best car in the peloton. At first it was unreliable and too heavy, but as the season progressed, RB18 only added and after the summer break left Ferrari far behind.

Verstappen also performed to match the car – except for the departure in Barcelona and problems in Singapore, the Dutchman was almost flawless and more than deservedly issued a second championship. Max is only 25 and already one of the 20 most decorated drivers in F1 history. What will be next?

Ferrari ruined the season – not for the first time

Ferrari, unlike Red Bull, lost the upgrade race and lost even to Mercedes drivers in the last stages. However, even with such a technical lag, it was possible to fight for the title – if it were not for the constant tactical mistakes of Mattia Binotto’s wards, the chair under which sways stronger than the bottom of the W13. 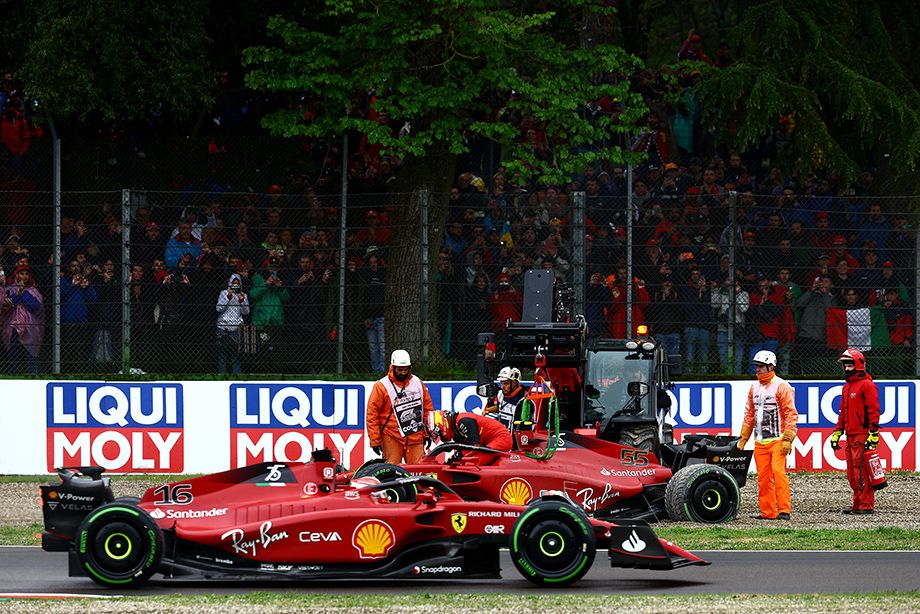 The drivers did not perform in the best way, and if in the case of Leclerc we are talking only about a couple of blunders, then Sainz failed the season completely. At times, Carlos performed at the level he should have, but for the most part lost to a partner or buried in gravel. It is almost impossible to imagine that in the 2023 season, the team’s management considered Carlos as a contender for the title.

Yes, Charles had fewer mistakes than Sainz, but more than Verstappen. The main ones are a U-turn at Imola and a departure at Le Castellet. Both were provoked by the fact that the Monegasque tried to play more, got greedy and lost control of the car. For a top-level driver fighting for a title, that’s a lot.

For comparison, Verstappen, until he secured a confident lead in the championship, made only one mistake – a U-turn in Barcelona, ​​and it did not cost him so much. After winning the title last year, Max became calmer and more reasonable – and it is this “championship” step that Leclerc lacks to get on the same level with Verstappen. It’s not just about the car – in the 2023 season, Charles was not as good as Max.

Russell was the only rookie on the 2022 season’s top teams – and he’s done great. In the first half of the season, George made the most of the troubled Mercedes and barely left the podium. In the second part, George did not shine so much and lost more often to Hamilton, but in the end he chalked up his first Grand Prix victory and (for the second time) proved that he was able to fight the best pilots in the world. But this is not enough for Toto Wolf to decide that Russell is the main hope in the fight for the title. So in the new season, George will have to prove his worth to the team again, albeit from a stronger position. 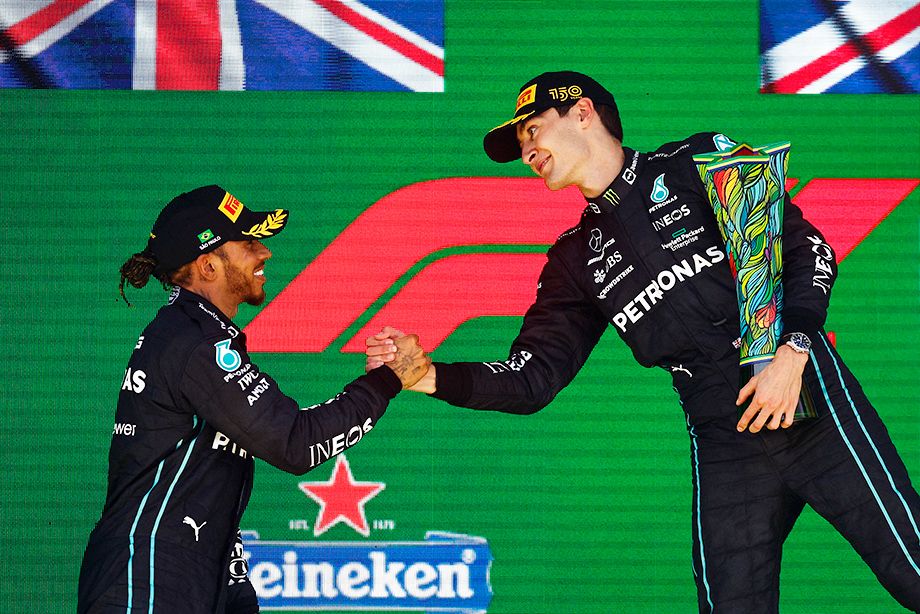 Hamilton too early to write off – wait for the 2023 season

Hamilton lost to Russell at the end of the season and even set a number of personal anti-records (the first season without a win, for the first time outside the top 5), but it’s too early to say that Lewis is not the same anymore. The words of the Mercedes representatives that the ex-champion is experimenting with settings more actively than his partner in order to understand the car sound convincing, and in the qualifications Hamilton surpassed Russell – 13-9. However, the 2023 season and the results of the season in which the Silver Arrows have a chance at the title will be truly decisive.

Riccardo lost his entire career – it’s his own fault

The 2022 season was a disaster for Daniel Ricciardo’s career. A couple of years ago, he was considered one of the top pilots, he was first lured to Renault for a lot of money, then again at a high price! – outbid McLaren, and it was there that the Australian faced the first big setback in his career. Woking cars didn’t suit Dan’s style? Both at once – and last year, and this? Ricciardo was slower than Norris and it was a big blow. However, he lost his place in Formula 1 not because of this, but because he did not want to play for Haas.

But against the background of the crisis, Riccardo flourished Lando Norris. The Brit was initially hailed as one of England’s biggest hopes in motorsport and even surpassed Ricciardo last year – though he finished in a disappointing second place at Monza and lost the win at Sochi. But now the whole paddock has seen how Lando alone drags the McLaren in the fight against the Alpin, does not make mistakes and does not complain if the car does not allow him to come to the podium. Another season like this, and somewhere in the top teams there will surely be a place for Norris. Unless, of course, by that time, McLaren itself will not become a top team.

Budget limit – not working (yet)

In addition to the technical revolution, this year there was also an economic revolution in Formula 1 – for the first time in the history of the championship, teams designed, built and assembled cars in the face of limited budgets. However, this did not bring any cardinal changes in the balance of power, and the middle peasants still have no chance of winning, and podiums are possible only in case of force majeure. It is hoped that it will be more difficult to predict the winning team in the future, but so far, the rules regarding the budget cap have only generated scandals. 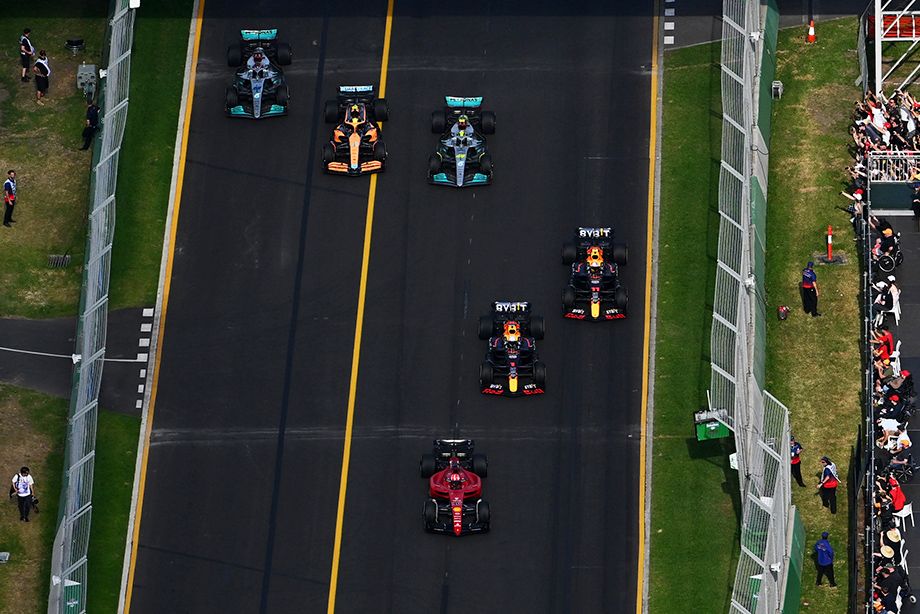 Only a couple of top teams are still fighting for victories

Sprints are a bad idea

The best sprint in the past two years took place in Brazil, it was as full of overtaking as possible, but in fact made the Sunday Grand Prix starting grid painfully ordinary and left only one name from the Haas pole position. The short Saturday race is a surrogate for a real Grand Prix and is inferior to the traditional qualification in terms of the degree of tension. Do you want a truly bright and unpredictable weekend? Run two full races per stage with two separate qualifiers on Friday.

The revolution of the technical regulations was a success – new cars allow you to chase rivals more tightly in dirty air, although problems with overheating tires in rarefied air have not gone away. One way or another, now the situation cannot be much worse than in 2007-2008, which ended in incredible dramatic finals. So, maybe it’s time for F-1 to abandon DRS? The rules for using the wing are not only unfair, as they take advantage of the defender, but also ruin the race. Instead of preparing an attack and taking risks, the pilot just needs to wait for a straight line and drive past.

It is believed that without DRS there will be no overtaking in F-1 at all, but this is true only in relation to the leaders, while the middle peasants have such a phenomenon as a DRS train, which is almost impossible to get out of. And as for the leaders, maybe it’s better if there are fewer overtakings at the head of the peloton and a good driver in a slower car gets a chance to keep the victory due to his own skills? Or is it not spectacular enough for Formula 1? 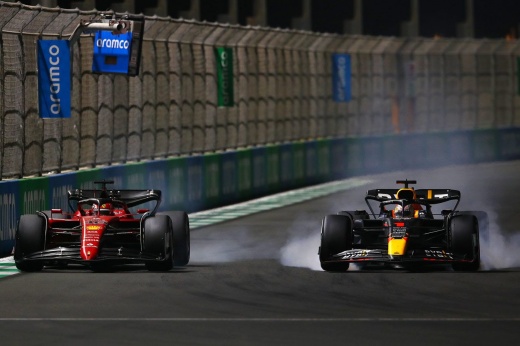 Nonsense that spoils Formula 1. Two races of the 2022 season confirm the harm of DRS