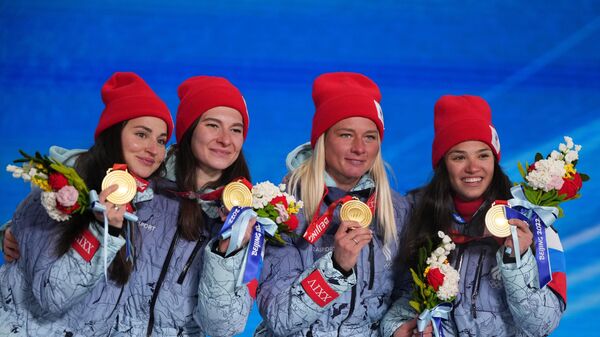 BEIJING, Feb 12 – The Russian team takes eighth place in the unofficial medal standings of the Olympic Games in Beijing following the results of the competition held on February 12.
On Saturday at the Games, athletes competed for six sets of awards. The Russian team won one medal – skiers Yulia Stupak, Natalya Nepryaeva, Tatyana Sorina and Veronika Stepanova won the women’s 4×5 km relay.
The Russian team has 13 medals: three gold, four silver and six bronze. The German team (8-5-1) is the leader in the medal standings, the Norwegian team is in second place (8-3-6), and the United States is in third (5-5-1). In terms of the total number of medals at the Olympics, the Russians are fourth.