Home News The story of Patrick Marlo – the record holder for the number...

Last night will surely go down in San Jose history as one of the saddest. The legend of the Sharks and the entire league – Patrick Marleau – announced his retirement as a player. The hockey life of the Canadian stretched out for almost a quarter of a century. During this time, the striker competed and collaborated with representatives of different generations of athletes – from Wayne Gretzky to Conor McDavid. Now he leaves the game and takes with him not an era, but a piece from several. 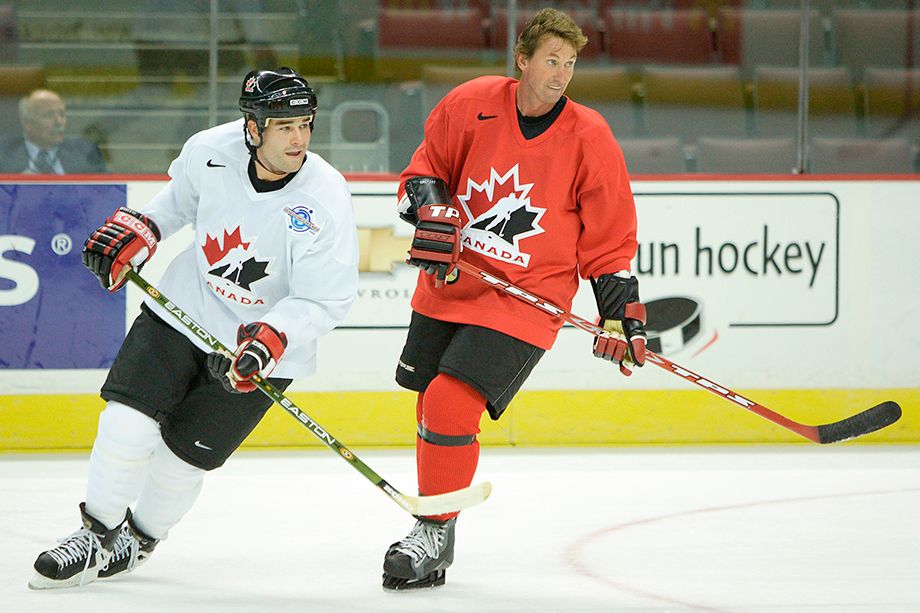 On the occasion of leaving the sport, Marlo called a press conference – and it is unlikely that real San Jose fans could watch it without crying. Patrick himself could not stand it either: at the end of the five-minute monologue, he blinked intensely, brushed away a few tears, and clutched his handkerchief in confusion. Saying goodbye to what you’ve been doing for 23 years isn’t easy.

“If you told the guy on the frozen pond that he would break the record for the number of games set by none other than Gordie Howe, he would have thought you were crazy,” Patrick admitted, parting. “I never aspired to it. I just loved this game so much that I never wanted to hang my skates on a nail. I’m incredibly lucky to have had such a career, but I didn’t do it on my own.

Thanks to the people of San Jose and the Sharks franchise. I came to San Jose as a 17 year old boy. I had big dreams and you believed in me from day one. Thank you for letting me wear this sweater year after year, decade after decade. I hope I left a story that you and the city can be proud of.” 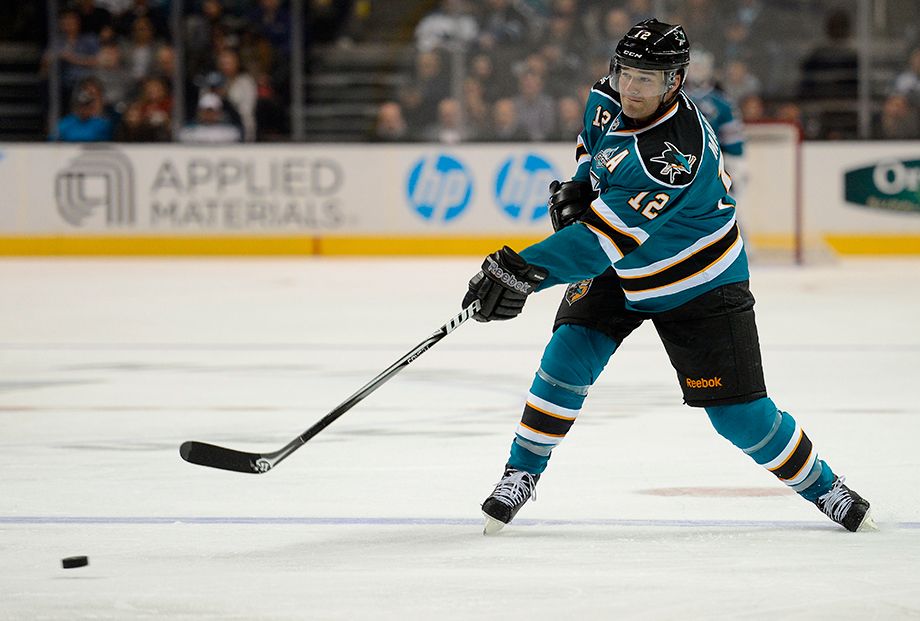 Marlo can hardly be called a great hockey player – he scored more than 80 points in only two seasons, never scored more than 44 goals, did not receive individual prizes and did not win the main club trophy – the Stanley Cup. But in the same way, it’s hard not to call Marlo a unique player: among his colleagues there were people who gave hockey more years, but those who went out on the ice more often did not remain.

NHL leaders in number of appearances

Prodigy from the Canadian village

A stable job in the strongest league in the world – such a prospect was hardly obvious to Patrick as a child. He grew up on a family farm in the remote place of Aneroid, which is not even called a settlement – but only a special service area. The area of ​​the village is only slightly more than 1 km², and from its inhabitants there will be a maximum of two teams – the population of Aneroid is 50 people.

Marlo studied hockey in neighboring Saskatchewan, where, according to his parents, he was considered a child prodigy. The version is confirmed by the fact: Patrick first performed at the Canadian Games as a 14-year-old teenager, although the unspoken age limit for these competitions was 2-3 years higher.

Having reached the age of 16, Marlo began to defend the colors of the Seattle Thunderbirds in the Western Hockey League (WHL). Despite his youth, Patrick immediately fell into the orbit of attention of the NHL scouts. The representative of “Tampa” openly marveled at the forward’s talents: “You don’t often see this even in 20-year-olds – the refusal of a true shot from close range in favor of a blind pass. Hell, not every NHL player will do that.”

Having knocked out 125 points in 72 games in the second season in the WHL, Marlo formalized for himself the status of an exceptional figure, in which he entered the NHL draft. Choosing the first “Boston” made a bet on Joe Thornton – later he will become the best hockey friend of Marlo and the same monumental part of “San Jose”. Patrick left the lottery second – immediately to the Sharks.

It seems that the most proud company at that moment were these fifty people from Aneroid: when they saw a guy from their village put on an NHL club uniform, they installed a sign “Patrick Marlowe’s Homeland” at the entrance to the settlement. 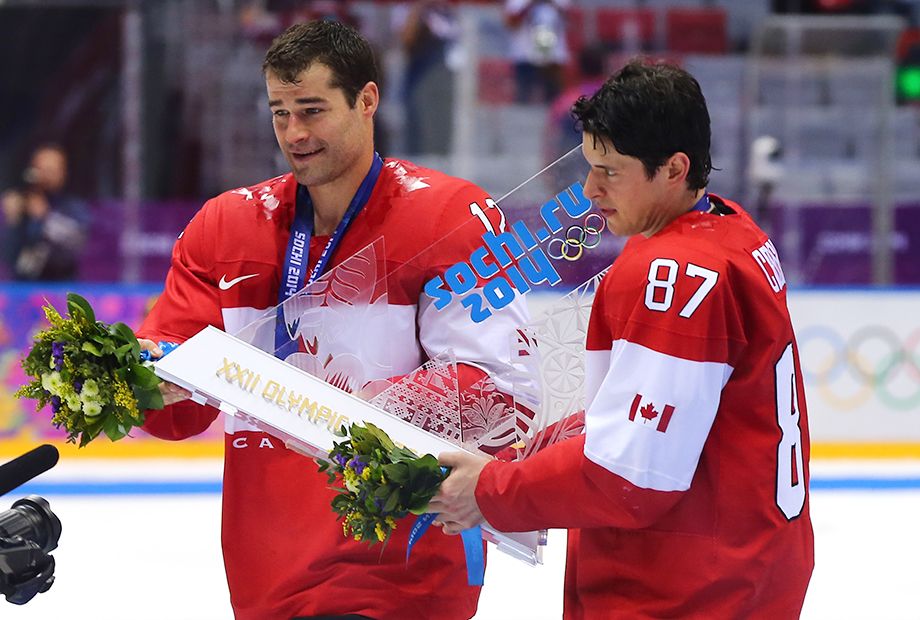 Patrick Marlowe and Sidney Crosby at the Sochi Olympics

“Coach kicked Patrick in the side”

It took Marlo five matches to open an account for his points for the “sharks”: Viktor Kozlov scored from his pass. Andrey Nazarov turned out to be the second assistant.

“We came with Marlo at the same time and immediately became friends,” Andrey Zyuzin, another Russian who played with Patrick at the beginning of his career, recalled in an interview with Sport-Express. “Competition didn’t stop us. We talked a lot and helped each other. We were young guys who couldn’t even believe we were in the NHL. I remember running around the local malls and wanting to meet girls.

Patrick has always stood out for his calmness. Perhaps this was not to everyone’s liking. I will never forget the moment when San Jose head coach Darryl Sutter tried to squeeze the emotions out of him and almost injured the young Marlo. After the anthem ended before the match, Sutter did not like that his player was silently sitting on the bench, and not helping to get teammates. The coach, maybe not out of malice, kicked Patrick in the side so hard that he twisted in pain.

In his first season, Marlo played 81 games and scored 45 points. Plus or minus these figures, the striker played for the next five years, standing out among his partners, but not dominating. Patrick showed a truly stellar level in the 2003/2004 season: after an average regular season, he scored two hat-tricks in the playoffs and brought the team to the conference finals.

Lockout Marlo spent on vacation, during which he became addicted to yoga. In the future, he regularly practiced this art – which, perhaps, ensured his hockey longevity. The player listened carefully to his own body and followed the body fanatically, Zyuzin said. 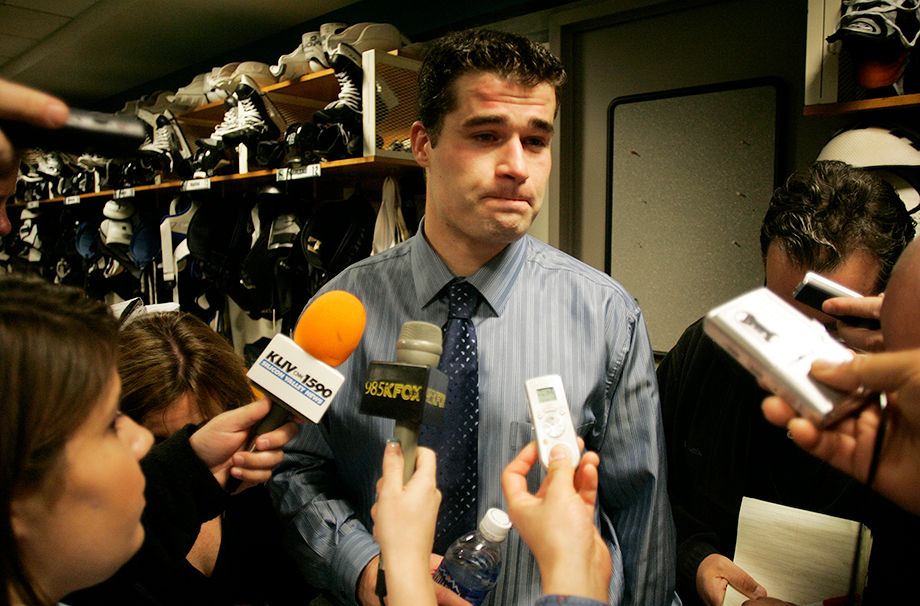 “You let me make my dreams come true”

But if philosophy helped prolong Marlo’s career, then people added brightness to it. It is unlikely that Patrick would have become so successful without Thornton. In the course of the 2005/2006 season, the Sharks traded Joe from Boston and pulled out a lucky ticket.

First, two nominal center forwards became friends – and only then partners in the link. In 2009, the Sharks also got Dani Heatley. Together, the Canadians inspired fear and horror in their rivals, simultaneously admiring the most demanding experts. The resulting triumvirate received praise even from Don Cherry, although the work of the browser was considered harsh criticism. Cherry demanded that the general manager of the Canadian national team, Steve Yzerman, take three “sharks” to the Canadian national team in full and unchanged form. But even in San Jose, the combination lasted only two years – Heatley moved to Minnesota.

However, for Marlo, the place in the national team was stable even before he was connected with Thornton and Heatley. In 2003, he won the gold of the World Championship, in 2005 – silver, and in Vancouver 2010 and Sochi 2014 he became the Olympic champion. In the “maple” dream-team, Patrick played rather secondary roles: add speed, aggression, beat and fight, and throw it away – that’s how it will turn out. In 45 matches for the national team, Marlo has only seven goals.

At the same time, at the decisive moments of the most important matches, Patrick did not always make ideal decisions. For example, in the 2008 playoffs, Marlo, facing a swinging Mike Modano, comically bounced off the puck instead of blocking it. Three years later, in the fifth match of the series with Detroit, with a score of 3: 3, Marlo allowed himself to be robbed by Pavel Datsyuk, who then brought Niklas Lidström to an assist shot. In 2012, Patrick generally finished the playoffs without scoring points.

The club tried to stimulate Marlo by various means: depriving the captain’s stripe and discussing the possibility of an exchange with rivals. However, globally, neither these nor other methods helped. Patrick remained a symbol of the club, while gradually losing his importance in the game. Younger and bolder ones came to the fore. Marlo made it to his only final as a 36-year veteran. In 24 playoff games in 2016, he scored 13 points, but the sharks were dragged forward and up by Joe Pavelski and Logan Couture.

Marlo’s story didn’t come out as beautiful as it could, not only because he never made it to the Stanley Cup. In addition, Patrick did not manage to spend his entire career in one club. San Jose still traded Marlo to Toronto. There he worked for two years, then returned, and then left again – for the playoffs in Pittsburgh.

Marlo spent his last season in his native San Jose: he scored 4 goals and played 56 matches, the last of which was on May 13, 2021. Since then, Marlo did not go out on the ice, but he did not officially announce his retirement either. Yesterday that day arrived. 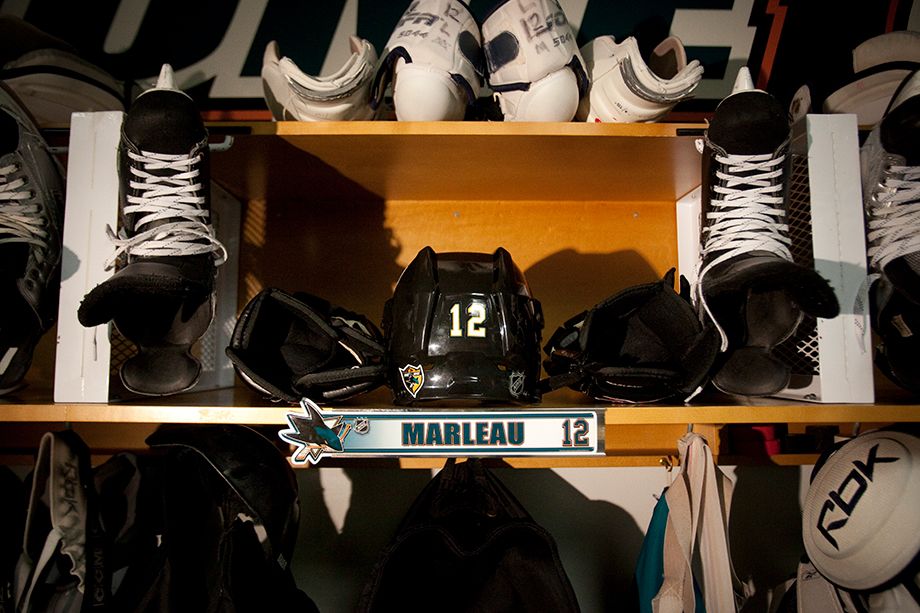 Despite all the things that didn’t work out, Patrick said he was happy: “Thank you, hockey. For lessons, for laughter, tears. You made my dreams come true.”