The Far Cry series (like the rest of Ubisoft, in general) is going through strange times. The publisher calls the sixth part the most profitable in the series, but is silent about sales, while players generally prefer to forget about the existence of the game.

The media report that the company does not know to such an extent where to move the brand now that work on the sequel is almost frozen. It is hard to believe in such a sad outcome, for sure they are already actively working on a new part.

But just five years ago, Far Cry was one of the main shooters in the industry – we decided to recall the franchise and chose the nine best parts. Traditionally, the rating turned out to be controversial, but you can always tell us about your preferences in the comments! 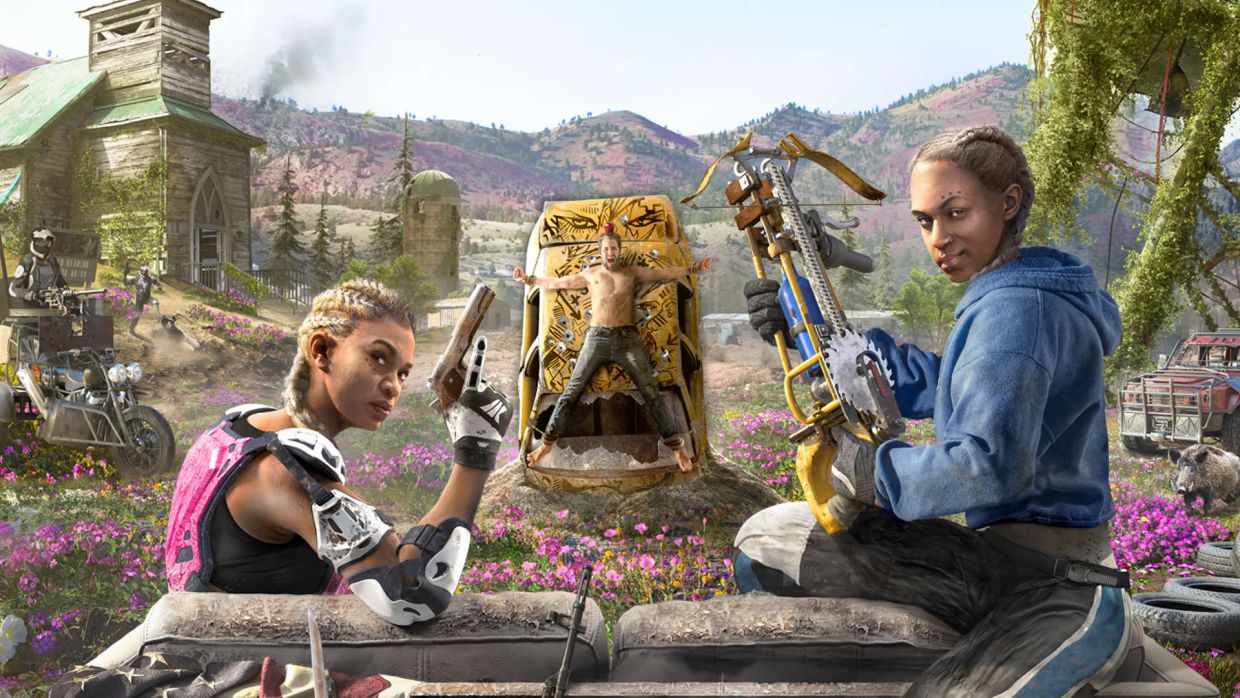 New Dawn is by far the most controversial part of Far Cry. For the first time in the history of the franchise, players received a looter shooter in which the numbers and level of opponents became more important than the player’s skills. The situation was complicated by the fact that we played for a nameless spineless dummy, who participates in the plot only in the background.

The game takes place 17 years after the nuclear disaster in Far Cry 5, but it does not feel at all. Wanted an analogue of Fallout? We got Borderlands with a slight pinch of the series’ madness. Here we also include the annoying grind and donations already familiar to Ubisoft.

Despite all the shortcomings, New Dawn can hardly be called a uniquely bad game. First of all, because it is based on the fifth part: the same map, the same heroes and the same pleasant shooting are here. Therefore, you still get pleasure from the game, but that’s it. 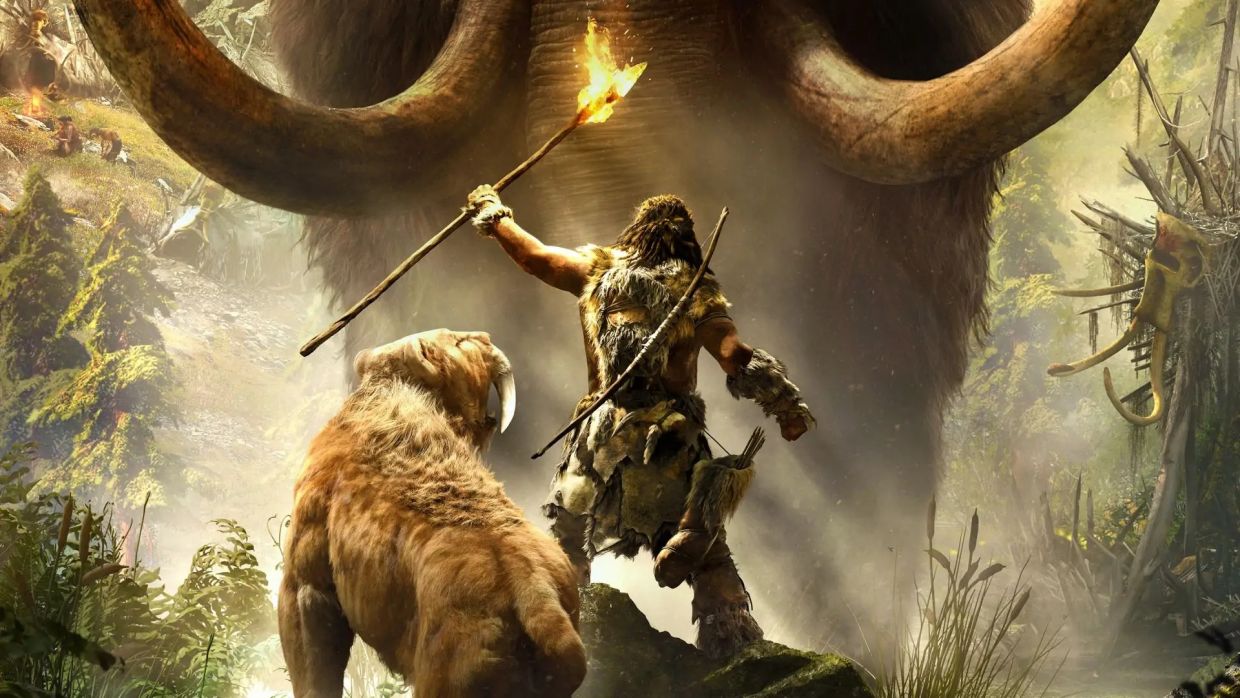 The first major experiment in the series sent players back to the prehistoric Mesolithic period. We play as the hunter Takkar – one of the last representatives of his tribe. He travels the country of the Urus and avenges his people.

The change of era to prehistoric coolly refreshed the far Cry formula. In Primal, there is no transport, purchase of items and a familiar language for communication. Instead – bows, spears, clubs, craft and primitive coexistence with other primates. An interesting feature was the system of taming animals – using saber-toothed tigers and bears against enemies was especially fun.

Unfortunately, the developers did not go into the lead – the rest of the elements migrated to Primal from previous releases. Here are skills with activities from the “three”, a map straight from the “four”, as well as the capture of outposts and towers, typical for all Ubisoft games.

But in what other game can you become a real caveman and enjoy the pristine nature? Or watch the battle of wild animals, which in our era can no longer be found? Yes, the authors may not have been able to use the setting to its fullest, but here the formula of the series still worked perfectly. 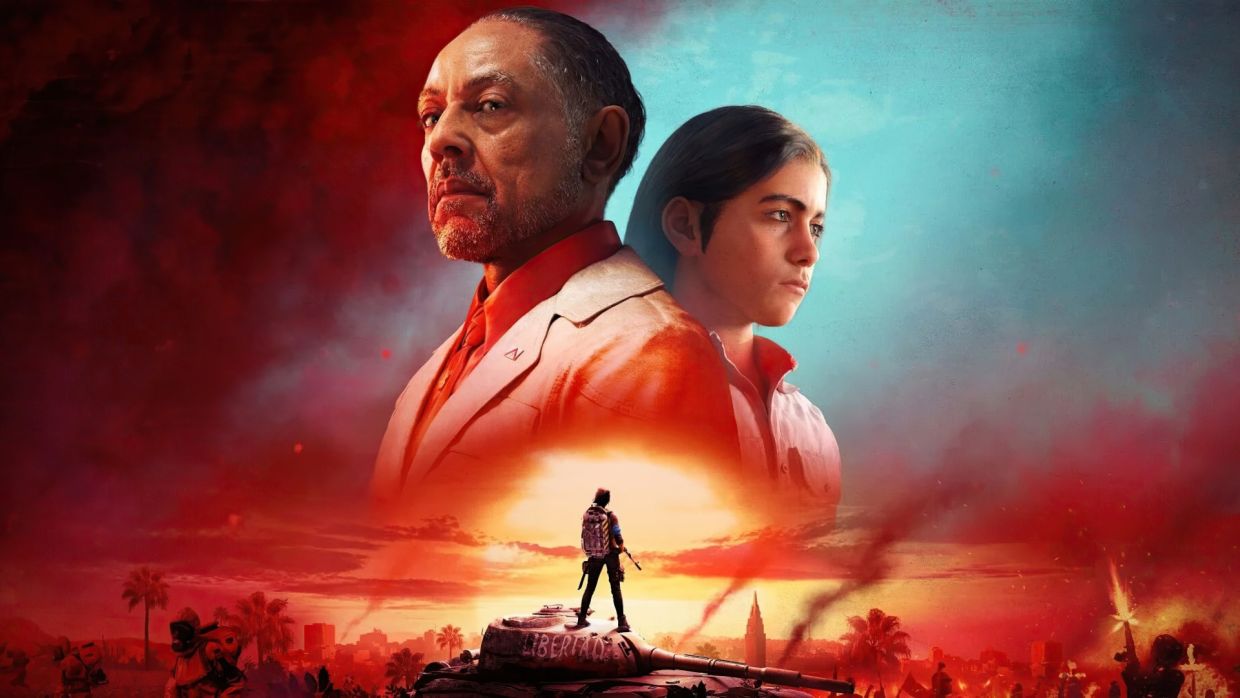 Last Far Cry for today. The game was supposed to reboot a boring formula and freshen up the franchise’s gameplay. From a Cuban-inspired setting to a fight against a dictator played by the incredibly charismatic Giancarlo Esposito, to a host of smaller changes that have been announced, including the series’ first big city.

However, we got a typical Ubisoft gray game – the most rehearsal open-world shooter with a million activities, the most safe story and the absence of any important changes. What can we say, if cockfighting became the most popular topic among users, which is why companies immediately flew in from animal rights activists.

In general, Far Cry 6 can be called almost the most passing game of the series, but it was in it that the authors finalized the shooting and once again drew a beautiful open world with different biomes. Yes, the plot of the stars from the sky was not enough, and the cleansing of the regions is already in the throat, but the game is still able to brighten up a couple of evenings. Especially if you want to play something thoughtless and spinal – Far Cry 6 can handle it. 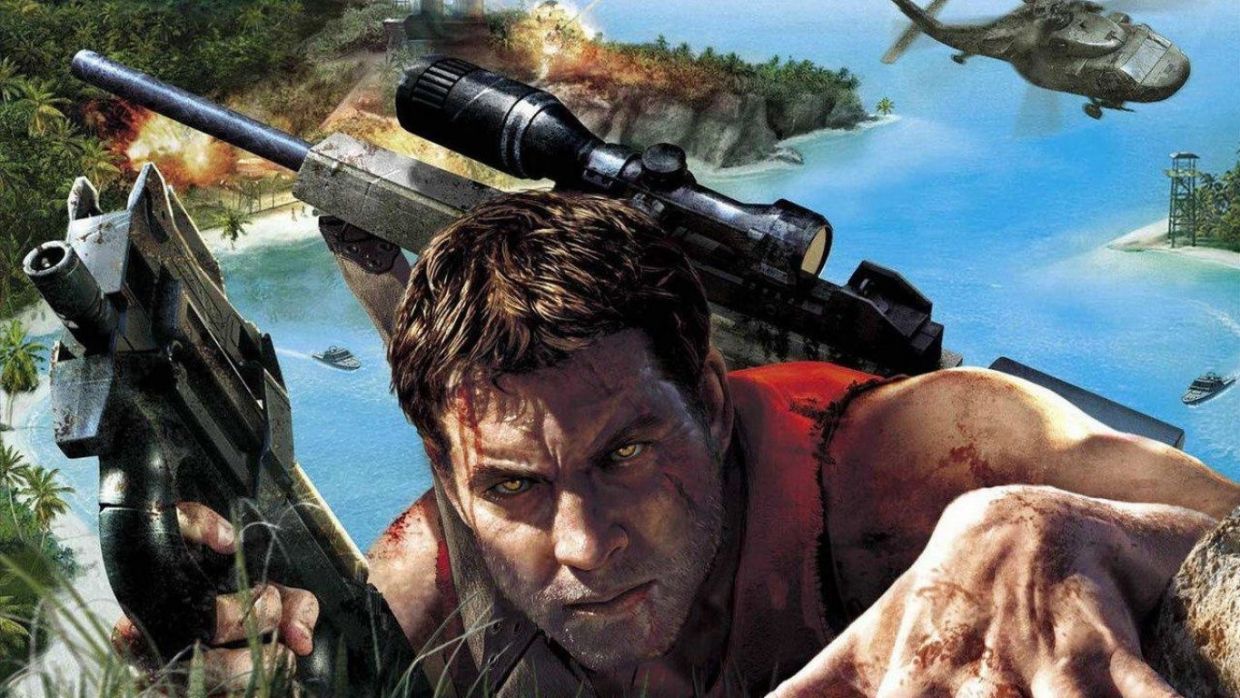 Following the last (today) Far Cry follows the very first part of the authorship of Crytek. This is the only game in the series that differs significantly from its successors.

First of all, there are more sandbox levels than a full-fledged open world. Although the very approach to creating a situation, the behavior of opponents, workarounds and different routes to fulfill some goals have already appeared here – albeit in a slightly different form. A further vision of Far Cry has already been developed in another series, Crysis.

The first part was remembered by many due to the first levels, where the charismatic protagonist weighs the local mercenaries. However, the farther, the more different fantastic elements appeared – and now they rather interfered with enjoying the game.

In general, it’s funny that exactly the same rake Crytek after Far Cry got up in Crysis. The structure of both games is very similar. 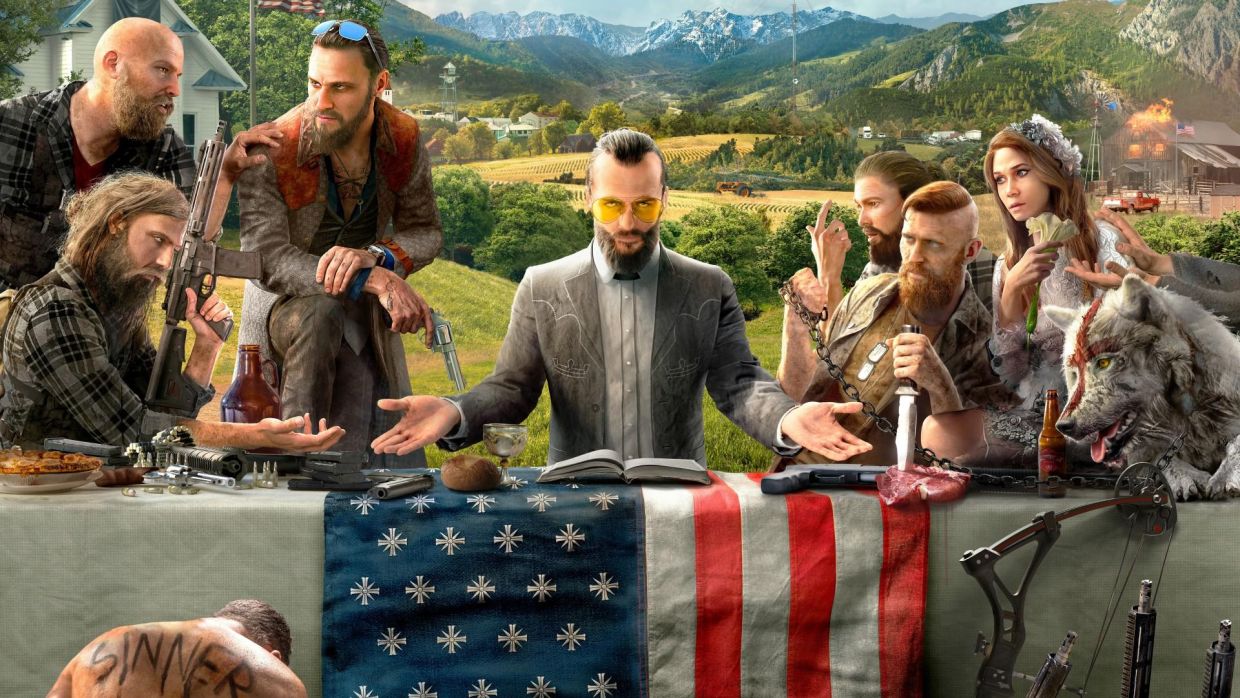 Far Cry 5, like Far Cry 6 after, was supposed to refresh the series. After Far Cry 3, Far Cry 4 and Far Cry Primal, it became obvious that something urgently needed to be changed – the typical Ubisoft open world with the capture of outposts, towers and other activities has already become boring.

And here the developers did a lot of right and wrong things. The open world was diversified by increasing manually created content, and it was necessary to look for it not through markers on the map, but simply by studying the area. This approach greatly improved the perception of the game, where now there were neither towers nor millions of markers when opening the map.

However, there wasn’t a lot of hand-crafted content, and the campaign structure turned out to be unsuccessful – in fact, we again had to clear the entire map, which was divided among several villains. At the same time, each of them at a random moment could steal the main character and imprison him in a bunker, from where he had to escape. This idea turned out to be extremely unsuccessful. In addition to this, the main character was an ordinary dummy.

The most offensive of all for the plot: it was dedicated to a sect in the outback of the United States with a really interesting antagonist. However, in the tradition of Ubisoft, the villain appears very rarely, and the story itself turned out to be simply weak. The ending angered everyone, it seems.

As a map-clearing game, Far Cry 5 is the best in the series right now. 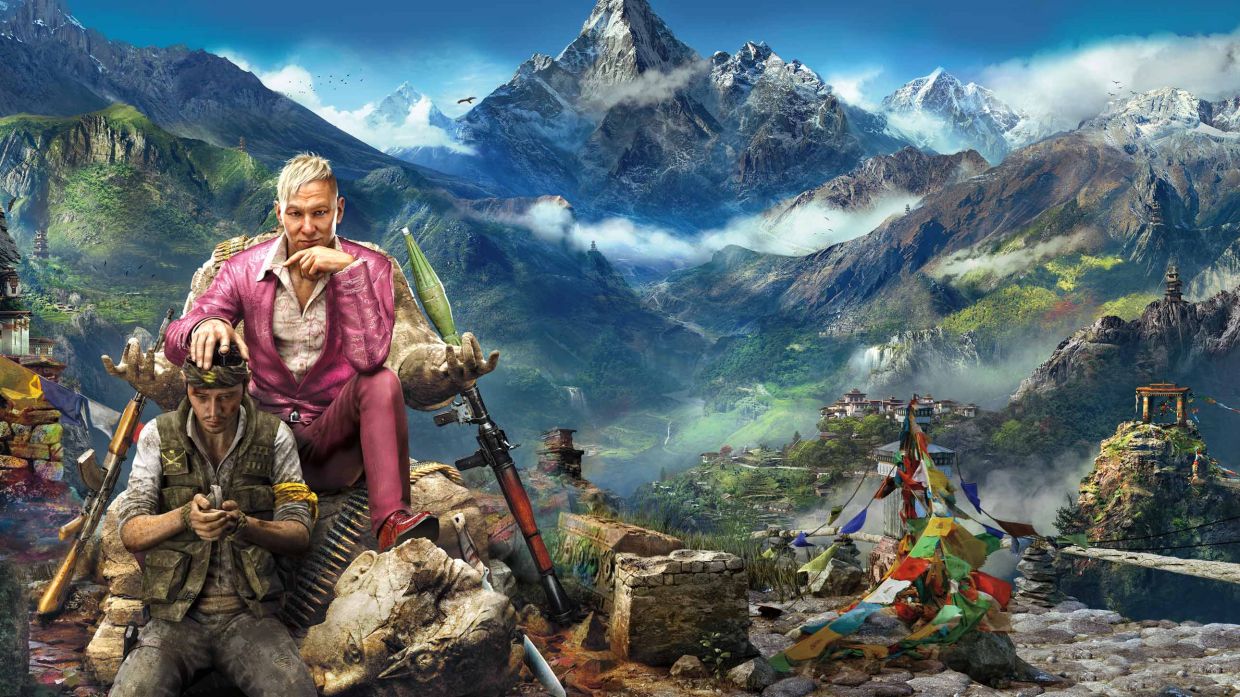 The fourth part can be called the most atmospheric. Still, this obliges the place of action: the fictional Kirat Valley somewhere in the Himalayas.

Conceptually, the game sometimes meticulously repeated Far Cry 3: here is a charismatic villain that attracts attention, and the capture of outposts with a bunch of different activities, and similar pumping, and similar crafting. At some points, the shooter even looked too much like its predecessor, but the gameplay mechanics still felt very fresh.

And if you suddenly get bored at some point, then the situation was saved by the cooperative. Finally, in a huge open world, you could run with a friend and complete various tasks. It is a pity that all the progress was saved only for one (but this is already better than nothing).

In all other respects, Far Cry 4 can be called Far Cry 3 version 2.0. At some point, it seems like there is even too much repetitive content, but the incredible atmosphere and the relatively interesting story about the civil war dragged on. 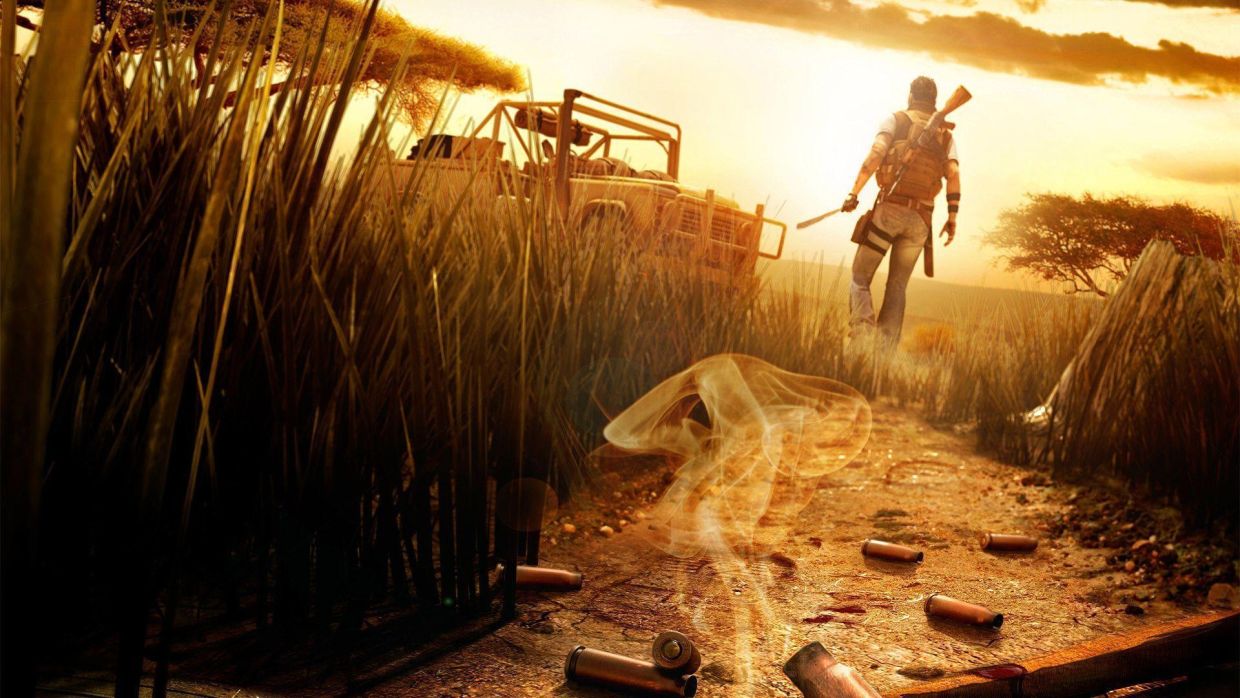 The first part of the series from Ubisoft seems very atypical for the publisher. Yes, already 14 years ago the company began to send their games to the open world, but it was not a swamp with towers, outposts and other typical husks. Far Cry 2 was promoted as a realistic shooter in a non-trivial setting – Africa.

What was realism? The hero was ill with malaria, because of which he could have an attack in the middle of the battle. The weapon was also so old and rusty that it constantly jammed. Health did not regenerate automatically. It is clear that this is not some kind of hardcore simulator, but at the time it seemed innovative, coupled with unique animations. If the bullet hits the hero, then during the treatment he can get it and bandage it.

Together with this, Far Cry 2 just showed the virtual world very well – it was just interesting to walk and explore the area. The goal was just to see the environment, and not to complete the next mission.

And here it was possible to set fire to the grass, and according to physics, it could capture the nearest territories! Even now, this looks original, let alone 2008! 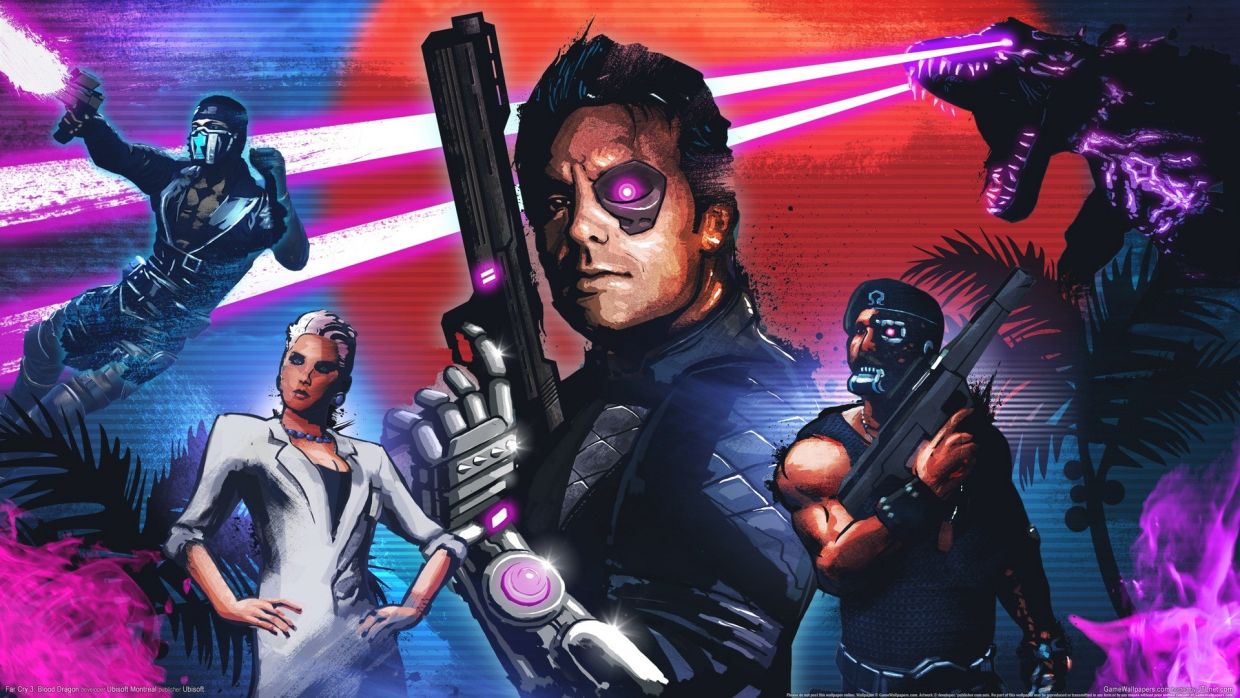 Blood Dragon is the most unusual game in the series, which in just five hours of passage can give a lot of positive emotions. The events of the game are inspired by the action movies of the 80s, namely the “Terminator” and “Robocop”, and make fun of cult movie stamps in every possible way.

According to the plot, in an alternative year of 2007 after a nuclear war, the world powers made peace, but on a remote island, the villain creates an army of deadly robots and is going to destroy the entire planet. Two special agents are sent to stop the madman – now they must eliminate the enemy and interfere with his plans.

Despite the fact that the mechanics are straight from Far Cry 3, Blood Dragon plays very well even now. First of all, thanks to nostalgic music and a lot of jokes that parody not only cult films, but also annoying training and pathos dialogues in video games. 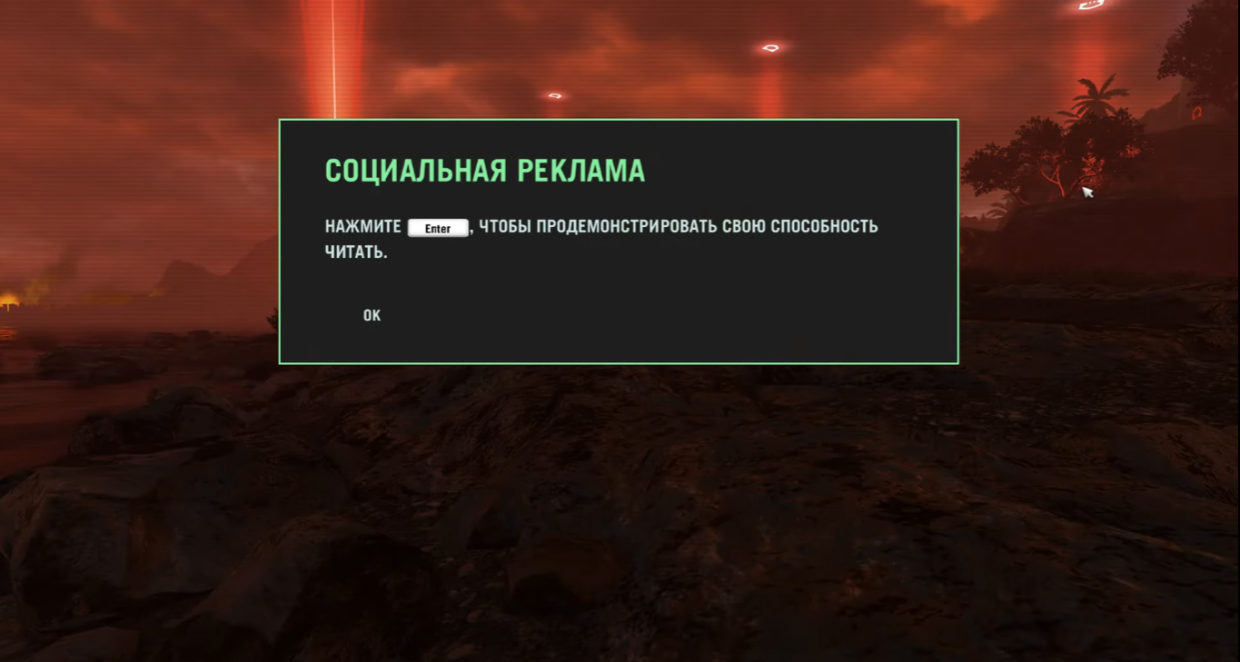 Yes, you can’t call a full-fledged part of Blood Dragon, but it treats itself with irony and does not pretend to be anything more than a simple shooter for the evening. And if you are also a Terminator fan, then Blood Dragon is in danger of becoming one of your favorite games in general. 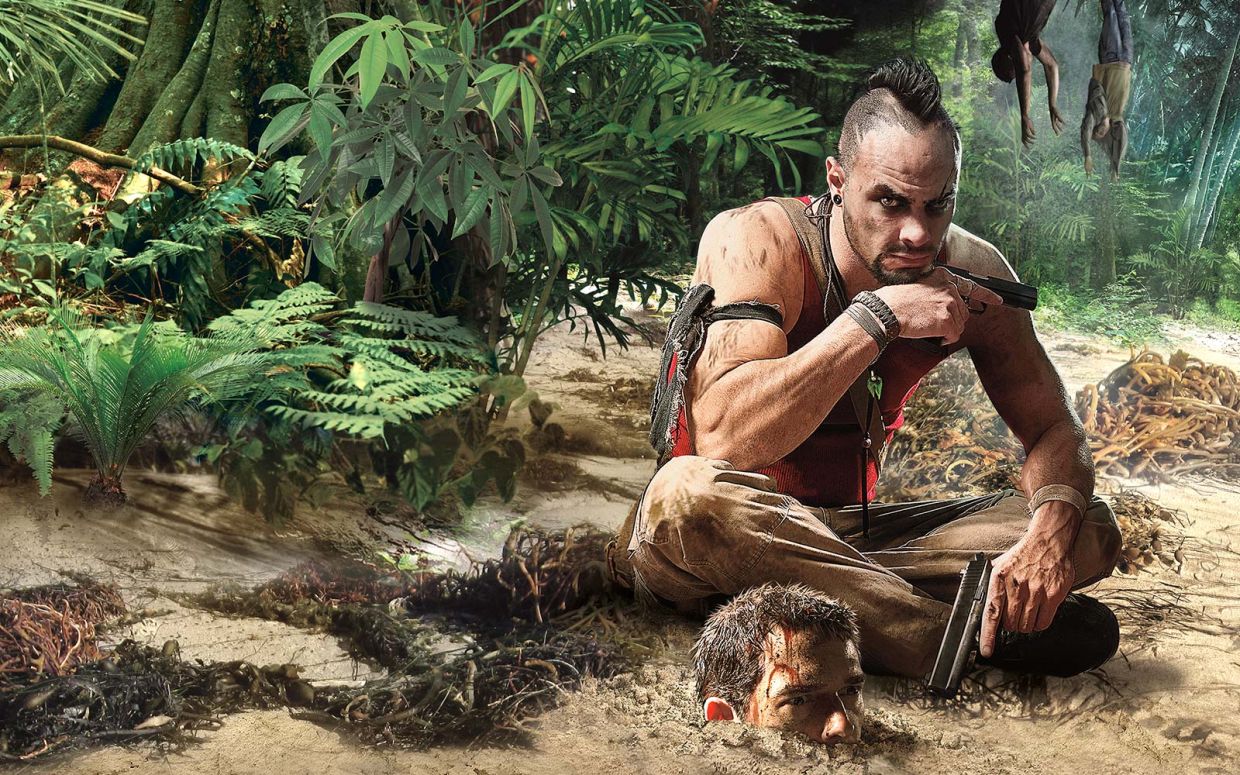 Definitely the best game in the series! Already back in 2012, Ubisoft managed to turn a bunch of mechanics into something truly integral, tell a really interesting story and introduce the whole world to Vaas Montenegro, one of the most charismatic villains in the history of the industry.

Far Cry 3 was set on Rook Island, which was captured by local pirates. The protagonist with his friends and brother is captured by them, miraculously survives and becomes a real warrior who must save his comrades and get out of the island.

In the third part, the developers have built an incredible ecosystem. The player needed to eliminate enemies and complete missions in order to level up. But at some point, there is a strong shortage of medicines, cartridges and their capacity – so go hunting and looking for the right plants for crafting. It was very interesting to do this, including due to the detailed study of the animal world. In Far Cry 3, a crocodile was more dangerous than a juggernaut in thick armor.

Shooting was finally brought up to quite a pleasant performance, the cars pleased with their responsiveness, and graphically the project still looks quite decent. And what kind of music was there from Brian Tyler – a real treat for the ears.

The importance of Far Cry 3 cannot be overestimated. After its release, many studios rethought the open world shooter genre and began to focus on it as well. Yes, and Ubisoft itself has not been able to move away from the success of the game and continues to release new parts, based on the formula of the project created in the previous generation of consoles. 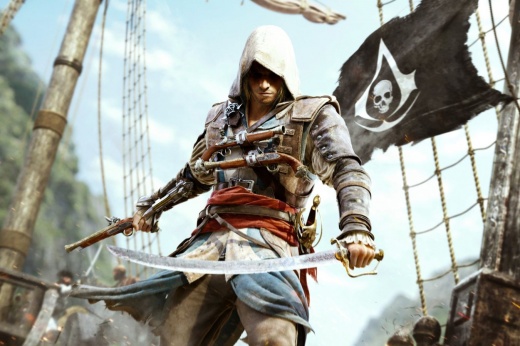