Home News Transfers-2022, Dzyuba can go to Red Star, what other options were Tottenham,...

Artyom Dziuba may end up in Red Star in the summer – the general director of the club officially confirmed his interest in the striker. This is far from the first time there has been talk of the striker moving to Europe. And here’s what is surprising: each time it happens shortly before the expiration of his contract with Zenit, which is then invariably renewed.

In October 2013, lightning flashed in the Russian media: Barcelona are interested in Artyom Dziuba. This insider came from Spain: the article “Signing options for Tata” was published on the website of the Sport edition (Tata Martino was the head coach of the club from 2013 to 2014. – Approx. “Championship”), in which, among other names, the name of the Russian striker appeared. The news immediately spread in Russia, and Denis Glushakov even managed to comment on it: “I wish Artyom to go there, let him play in tandem with Messi.” 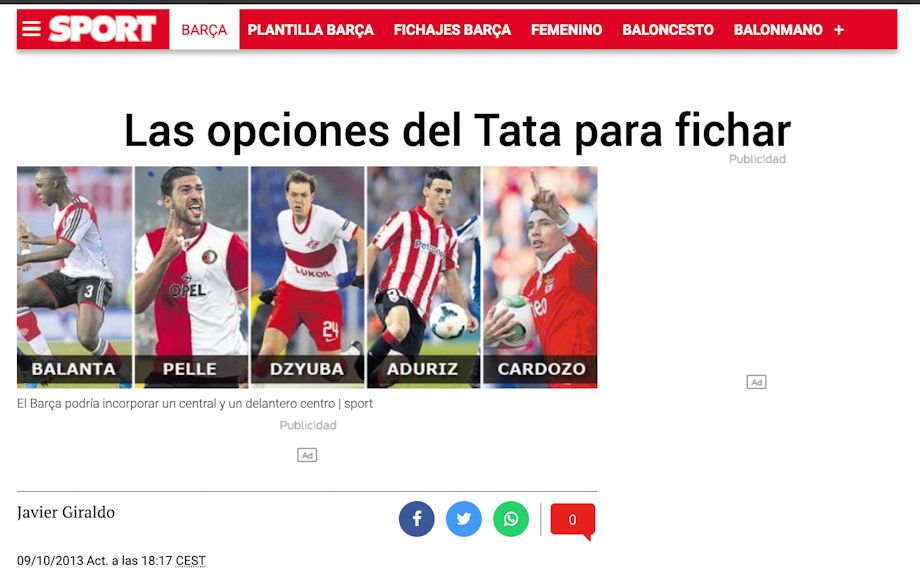 The problem was that, in fact, Dzyuba did not appear on any lists of Barcelona – this was just an assumption by a Spanish journalist. Earlier, Martineau said at one of the press conferences that the team needed a ram-type striker, so the publication selected the players suitable for this parameter.

“Another of the juiciest opportunities offered by European football is the top scorer of the Russian championship, Rostov player Artyom Dzyuba, who is on loan from Spartak Moscow. He stands out for his powerful mid-range shot and power in the air,” the journalist wrote.

This is where the story ended.

In the winter of 2019, news appeared that Dziuba was interested in Everton, and this turned out to be true – the striker himself confirmed everything six months later.

“Last winter I could have gone, as I understand it, to Everton, but I didn’t want to,” Dzyuba told Sport24. “Because in winter it would be wrong. We were supposed to become champions of Russia. Everything was leading up to this. And, as it turned out, he did the right thing by not leaving. And in the summer I really hoped that something would happen. But, unfortunately, there were no specifics. Leases were possible. Perhaps something else. But only talk. And just to shove me… I didn’t want to.” 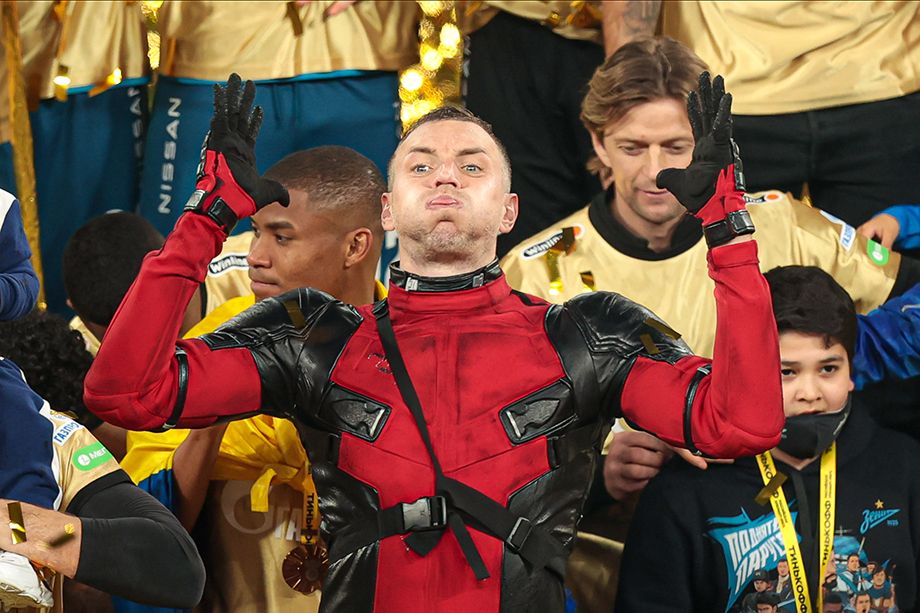 Following the news about Everton, there was news about Inter – allegedly Antonio Conte is considering Dzyuba’s candidacy in connection with the injury of Alexis Sanchez. But it turned out the same as with Barcelona: the Italian edition of Il Giornale simply listed the replacement options – from Giroud to Dziuba.

In the same 2019, SE reported Wolverhampton’s interest in Dziuba. Everything was limited to one piece of news.

On December 5, the media reported that Dziuba had extended his contract with Zenit. This was officially confirmed in the summer of 2020. 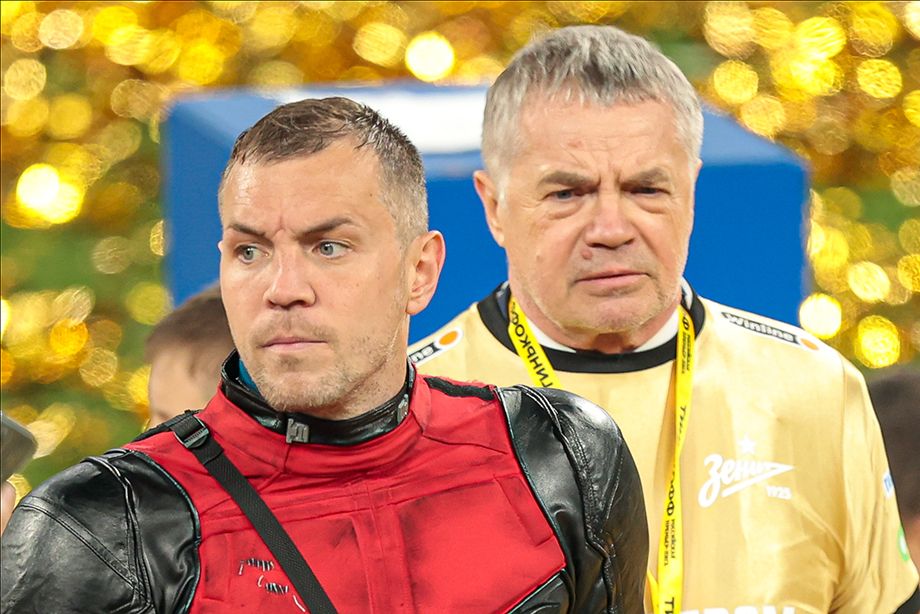 In January 2020, there was news that Dziuba was allegedly interested in Tottenham – Jose Mourinho personally wanted to see him in England. But the deal fell through, because Zenit was going to the next championship and did not want to let the player go.

“I got a call from Tottenham,” Dziuba told the Championship. – There was a very tempting offer of rent until the summer, for 3-4 months. I found it attractive. Why not try? Kane broke down and it really was a chance. But I was culturally told that this is impossible. “Focus on the Zenith,” I heard.

Something so sad in my soul slipped through: after all, this is the Premier League, Tottenham, such a chance. If something had not worked out, I would have returned with peace of mind in four months. What if it would work? Could have signed a full-fledged contract with the same Tottenham. Or someone else might be interested. But guess what? How it happened, it happened. I asked and the answer was “No”. But I understand the leadership of Zenit. Still, we had the championship, the Cup, on our nose. During this time I took two more trophies, so it’s not worth regretting. I’m not the kind of person who regrets.” 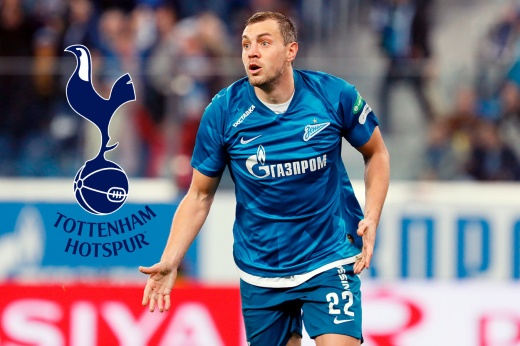 Dzyuba could go to Tottenham. What is known about it

In the midst of a pandemic, the Italian edition of La Gazzetta dello Sport reported that Lazio was following Dziuba and considering the possibility of acquiring him in the summer transfer window (2020). According to the source of the publication, Olivier Giroud and Pedro Rodriguez were also on the list of the club. The general director of Zenit, Alexander Medvedev, denied everything: “These are rumors. They don’t have any soil underneath them. At the moment, Zenit is preparing to resume the championship. No other issue is being discussed in the club.” 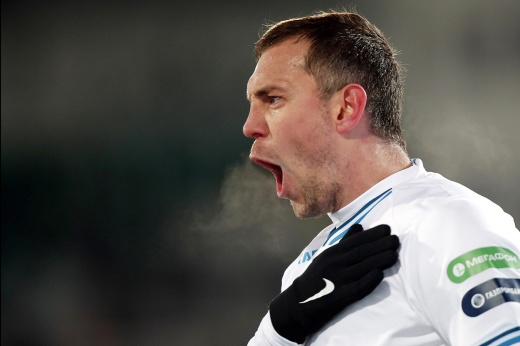 Last summer, the Turkish publication Fotomac reported that Fenerbahce had begun negotiations on a possible transfer with Dziuba and Zenit and was ready to offer the striker “all the necessary conditions.” Later, Önce Vatan Gazetesi journalist Ekrem Konur denied the reports of his colleagues: he wrote that there was no official offer from the club.

In February of this year, reports about Fenerbahce resumed. Takvim reported that Dzyuba is a priority target for the club, so representatives contacted the player to discuss the details of the contract. Medvedev said that no requests had been received from Turkey regarding Dziuba.