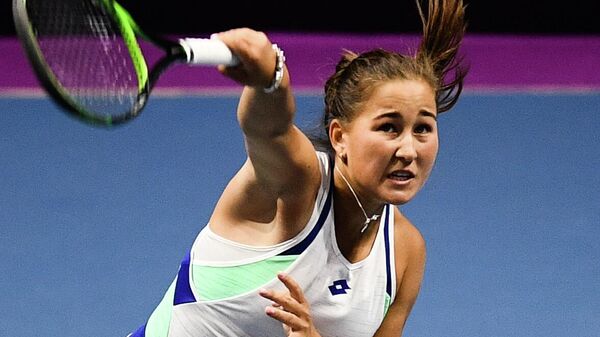 MOSCOW, June 21 – Russian Anastasia Gasanova lost to German Angelique Kerber in the first round match of the grass tennis tournament in Bad Homburg, Germany, the prize fund of which exceeds 200 thousand euros.
The meeting ended with a score of 6:2, 6:2 in favor of Kerber, seeded at the tournament under the third number. Gasanova made it to the main draw through the qualification. Tennis players spent 1 hour and 16 minutes on the court.
In the second round, the 34-year-old German will play against Italy’s Lucia Bronzetti.
Russian Kamilla Rakhimova lost to Frenchwoman Caroline Garcia in the postponed match of the second round of the tournament. The match was postponed by the organizers due to rain, with the score 4:2 in the first set in favor of Garcia.
The match ended with the score 6:3, 6:4 in favor of the Frenchwoman. Tennis players spent 1 hour and 28 minutes on the court.
In the quarterfinals, Garcia will face the winner of the match between Belgian Gret Minnen and Germany’s Sabina Lisicki.