The success of a person in any field depends largely on his attitude and self-confidence. But for all the stars to converge, you need a share of luck. It is usually guaranteed by the right environment. Floyd Mayweather became who he is because of the people around him. Tyson Fury was lucky not only with his wife Paris, who pulled him out of depression, but also with coach Sugarhill Steward, who gave him knockout power, which was clearly not enough.

Sugar’s real name is Javan Hill. He is the nephew of the late legendary coach Emanuel Steward, whom Hill says was like a father to him. Therefore, in 2019, he took his uncle’s surname. After the death of Emanuel, the best fighters of the Kronk hall, Adonis Stevenson, Anthony Dirrell and Charles Martin, passed to his disposal.

Why did Fury go to another coach, although he remained invincible?

At the end of the last decade, Sugarhill’s wards were the Uzbek fighter Shahjakhan Ergashev and the Russian Apti Davtaev. And at the same time, Tyson Fury decided to break up with his mentor Ben Davison. The reason for the split was stagnation in development. And also Tyson did not believe that the American judges would give him victory in a rematch with Wilder. Plus, the validol fight with Otto Wallin indicated the need for change. So he decided to enlist Sugar’s services to knock out the Bronze Bomber. 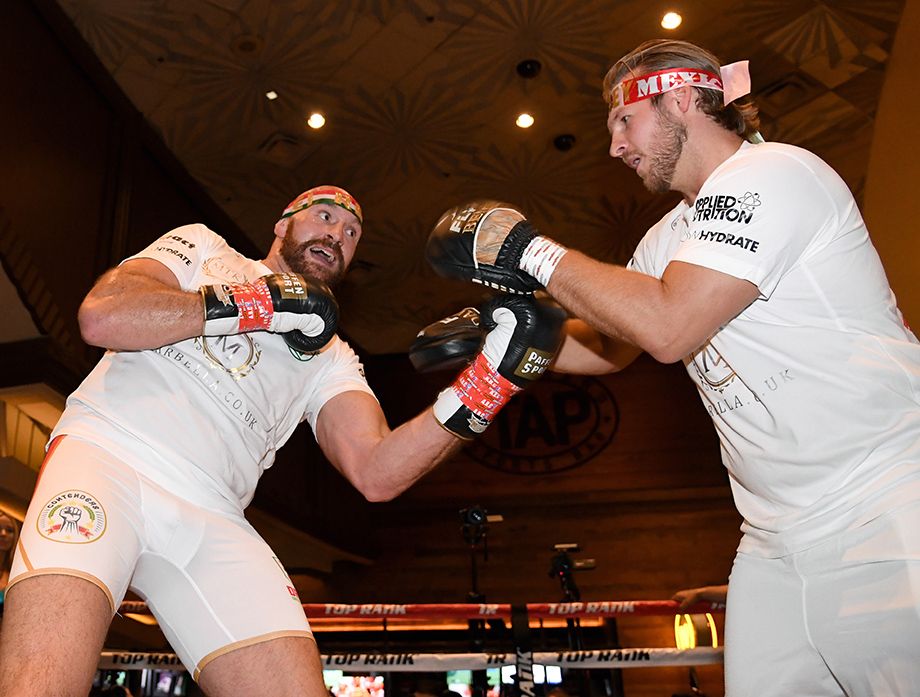 The fighter and trainer were brought together by the Irishman Andy Lee. Fury had a request for a knockout. Hill agreed to the request for cooperation, giving him guarantees for this outcome. On his side is the experience of working at the Kronk Gym, where select punchers in the person of Lennox Lewis and Adonis Stevenson grew up. They started working together two months before the second fight with Wilder.

Here is the main message from the new coach:

The most dangerous puncher of our time was knocked out

Tyson accepted the new rules of the game and strictly obeyed without confrontation. The adaptation, according to Steward, took only four weeks. It remained to embody the accumulated in the ring. And in the second fight with Wilder, we saw another Fury, more focused, aggressive and assertive. Now Wilder was not chasing the goal, and the Gypsy King was no longer dancing around his counterpart. 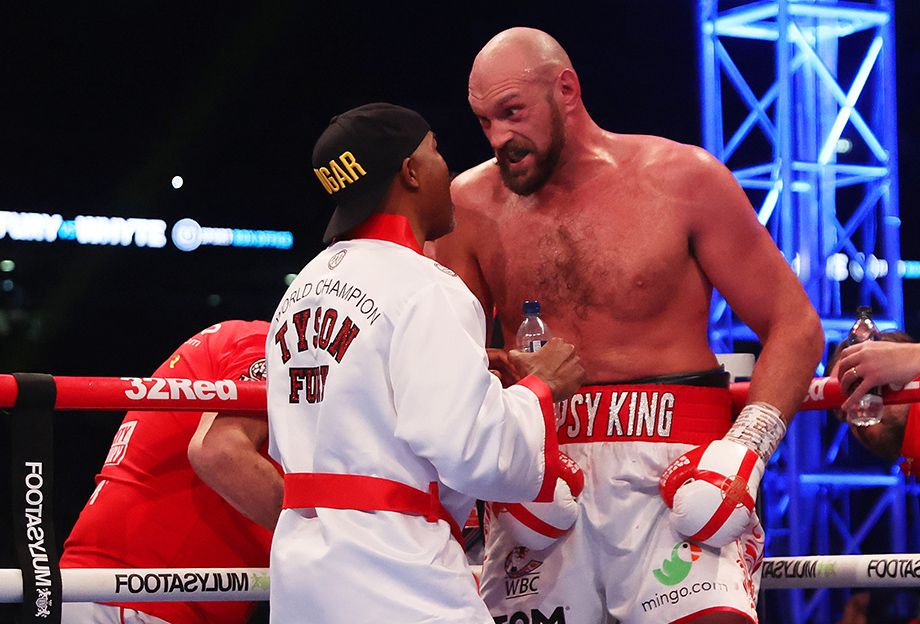 This time, Tyson worked as the first number and interrupted the opponent, using technique and power at the same time. He more often invested in the blow, which was noticeable in the condition of the Bronze Bomber. So Deontay was knocked down twice. And in the seventh round, Fury dominated so clearly that a towel was thrown out of the corner of the American.

“Emanuel Steward smiles from heaven. He knew Tyson Fury would be champion back then,” Steward Jr. said after winning the WBC world title.

In the third fight with Wilder, the principles of wrestling remained the same. Only Deontay definitely improved compared to the last meeting. However, Fury showered the Bronze Bomber with heavy blows, especially in the second part of the meeting that he was barely on his feet. But in the 11th round, Tyson knocked out Wilder. This time there were no interventions and towels that could soften the verdict for a technical knockout. Tyson Fury killed the most dangerous puncher of our time with his own weapon. It costs a lot.

Sophisticated methods of Sugarhill and close relationship with Fury

Many have seen Fury claim that he strengthens his jaw through oral sex. But Sugarhill has in its arsenal an equally sophisticated and even tougher way to strengthen the chin.

“I kick him in the chin. Then he lays down on the ground, and I just jump on him. This is how we strengthen Tyson’s chin!” Hill admitted.

In addition, they train with their eyes closed. Sugar also said that he beats his ward.

“I am the only person who has beaten Tyson! I keep kicking his ass! The day I lose to Fury, I lose control of myself!” 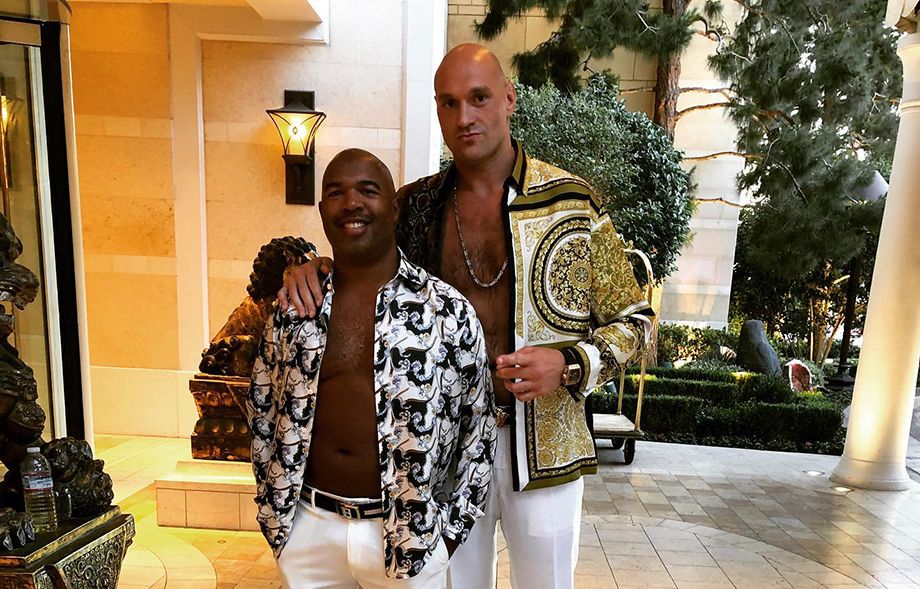 Photo: From the personal archive of Sugarhill

But that doesn’t stop them from being on the same wavelength. After the third fight with Wilder, both sat at the press conference bare-chested. Tyson gave the coach the belt of the best fighter in the division according to The Ring magazine. In addition, Sugar copies Fury’s image and wears a jacket over his naked body.

During the training camp, Tyson bought a house in Las Vegas, but spent only one camp there. And he didn’t go there again. Therefore, he generously gave this house to his coach for free use.

“His knowledge of boxing is second to none. He is a very, very, very good technical boxing coach. I am sure that he is the best of those that I have had in the last 10 years, ”Fury said about his mentor after the second victory over Wilder.

In general, before the Bronze Bomber trilogy, Fury was considered a freaky fighter with a weak jaw due to a knockdown from a no-kick cruiser Steve Cunningham. Because of this, he was the underdog in the first two encounters with Wilder. In addition, the Englishman did not have a knockout blow. He took early victories not due to one decisive blow, but in serial bulks.

Before working with Steward Jr. Fury had many strengths that set him apart from the rest of the fighters. But he did not have the main attribute of a heavyweight in the form of striking power. Although Tyson weighs about 120 kg, which is more than many fighters in the division. Sugarhill improved the Gypsy King, giving him the missing quality.

Many admire Tyson for his charisma, high fighting intelligence, strong-willed character. But few people have an idea of ​​​​who made Fury the best fighter of our time. This is Sugarhill Steward. Kronk Hall’s legacy continues to this day.