Home News UEFA named the best player of the return semi-finals of the Europa... 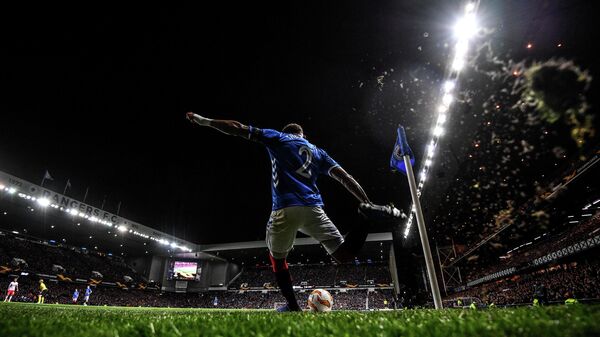 MOSCOW, May 6 – The captain of the Scottish “Rangers” James Tavernier was recognized by the fans as the best player in the return semi-finals of the Europa League, according to the official website of UEFA.
Tavernier’s goal helped Rangers beat Germany’s Leipzig at home on Thursday to reach the final. The meeting at Ibrox in Glasgow ended 3-1 with Tavernier opening the scoring in the 19th minute.
In the fight for the award, Tavernier beat Eintracht Frankfurt defender Obit Evan N’Dick, German midfielder Christopher Nkunku and West Ham United midfielder Declan Rice.
Roma’s Tammy Abraham was named the best player of the week in the Conference League after his goal in the second leg of the 1/2 final of the tournament against English Leicester City (1:0) brought the Romans to the final.