In the absence of leaders at the Rhythmic Gymnastics World Championships – Russian gymnasts Dina and Arina Averin, Lala Kramarenko, Israeli Daria Atamanova and Bulgarian Boryana Kalein – athletes who used to be in the shade took their place on the podium. So, the silver in exercises with a hoop was won by the Bulgarian Stiliana Nikolova, who is already one of the contenders for gold in the all-around. 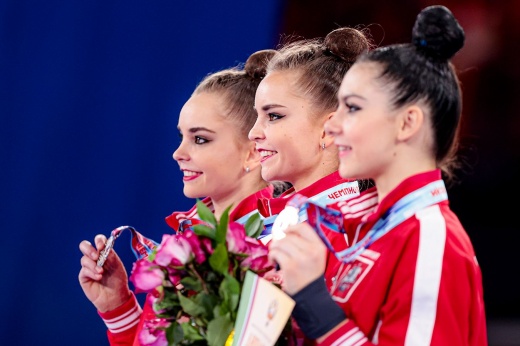 Russia Says Thank You to Sanctions. Why the World Cup without our gymnasts is a complete misunderstanding

The girl looks about 12 years old, and it may even seem to many viewers that the Bulgarian Gymnastics Federation is breaking the rules by releasing a child on the carpet with adults. But in fact, the athlete is already 17 years old!

“My mother is my inspiration”

Stilyana Nikolova looks rather unusual compared to the rest of the gymnasts. You can’t give an athlete more than 12-13 years old in appearance. In many ways, Stiliana does not look her age because of her pretty baby face and short stature, which is only 1.41 meters. Nevertheless, the gymnast does not leave anyone indifferent with her performances on the carpet.

Stilyana Nikolova was born in Cairo (Egypt) on August 22, 2005. Her father, Ilya Dyakov, is a former footballer who played for CSKA Sofia and Slavia, as well as for the Bulgarian national team. Stiliana’s mother Paulina Nikolova is a former gymnast who performed in group exercises. In 1985, as part of the Bulgarian national team, she became the world champion. Stilyana has a brother and sister – Denis and Paola. 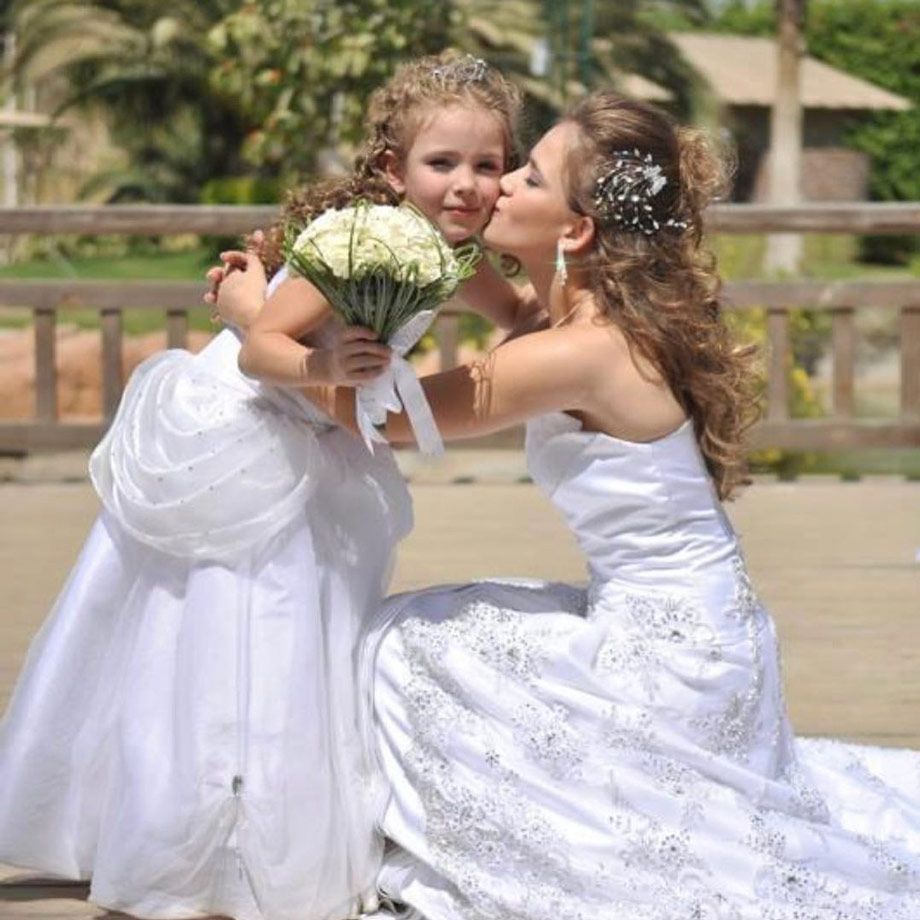 Stilyana Nikolova with her sister

It is not surprising that, having been born in such a sports family, the girl herself managed to achieve quite serious heights in sports.

“I started gymnastics at the age of four. My mom is a trainer, so I grew up in the gym. I was always playing with objects and looking at other girls like they were stars. My mother is my inspiration and I would like to be like her. She is a two-time world and European champion, ”said Stilyan. 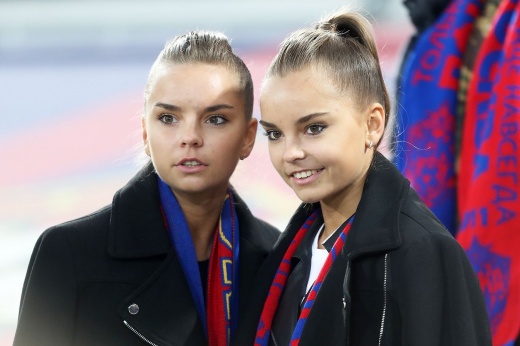 Dina and Arina Averin have a third sister. And yes, Polina also lives in gymnastics!

The athlete’s family lives in Cairo, while the athlete herself lives in Bulgaria. However, according to the girl, even at a distance she feels the support of her family. Stiliana trains in Veliko Tarnovo at the Eter Elit club with Valentina Ivanova and Rayna Tosheva. 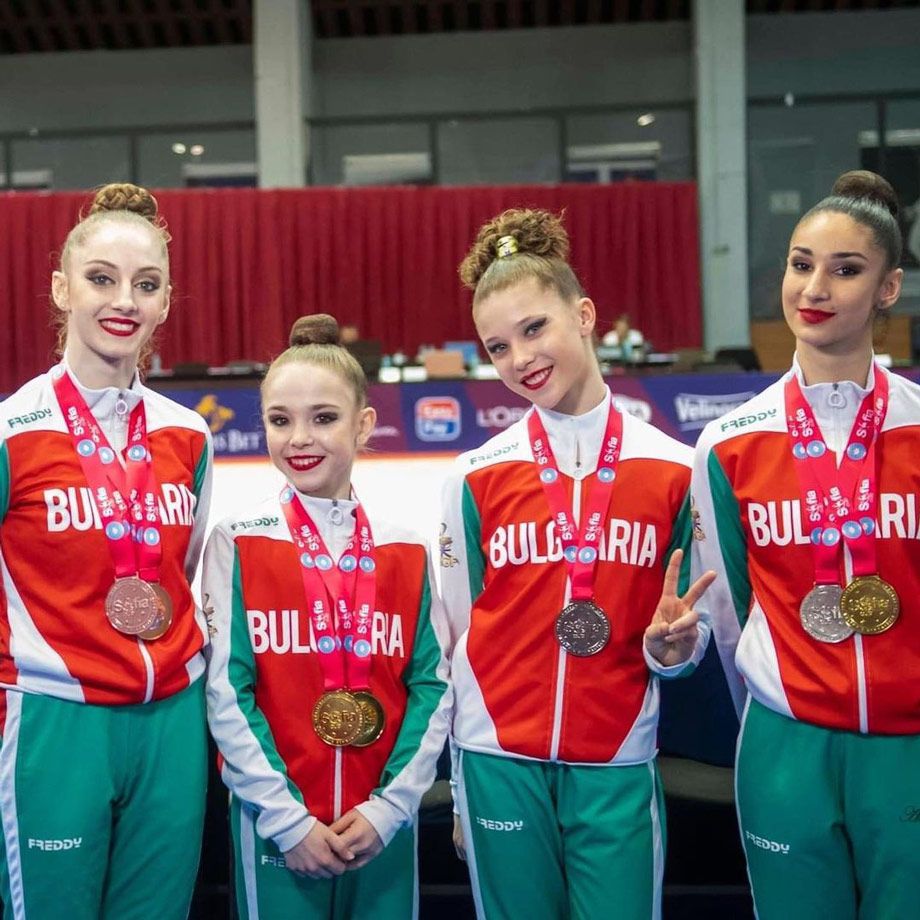 Stilyana next to other gymnasts of the Bulgarian national team

A year later, at the Bulgarian Championships, Stilyan became the first four times and third once, and at the World Championships in Kyiv, where the Russians did not go, she won gold in exercises with a ribbon and silver with a ball.

“She is small, but a real fighter”

This season, Nikolova performed at the senior level for the first time, where she really began to open up and immediately became the second number of the Bulgarian team. Not only improved skills helped to win medals, but also the absence of Russian women in international tournaments. At the Grand Prix stage in Marbella, the gymnast took bronze in the all-around, gold in exercises with a hoop and clubs, and silver in exercises with a ball. 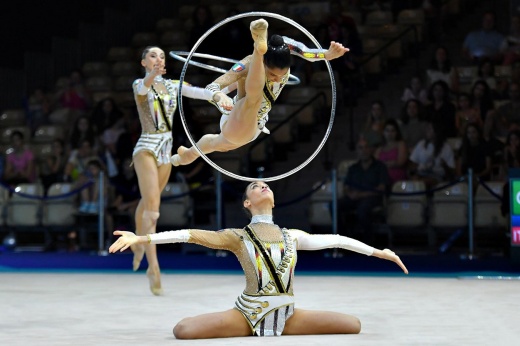 Averin was not allowed to speak at the European Championships. Who won in the absence of the Russians?

The next one was the European Championship, from which Stiliana left with an all-around bronze. It is not surprising that after the removal of the leaders from the World Championships, it was Nikolova who became the new favorite, because the new rules in gymnastics are ideal for her, where the difficulty of the body is more valued than the subject. And she was extremely dissatisfied with the previous ones, which she openly declared.

“I don’t really like the current rules, if I could do it, I would change all these throws and catches. Would have preferred to have more artistry and difficulty of the body. I feel like we’re in a circus right now. I would also add more rhythmic steps,” Stilyan admitted. 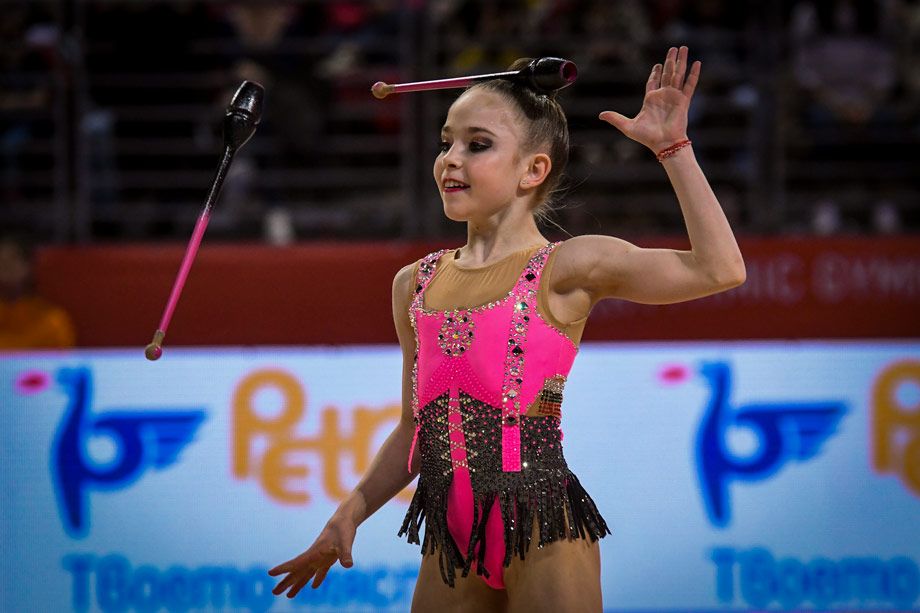 Stilyana Nikolova at the 2022 World Cup

At the World Championships, Nikolova has already begun to replenish her medal collection by winning silver in exercises with a hoop. She is clearly actively supported by the first number of the Bulgarian team Boryana Kalein, who misses the tournament due to illness. The gymnasts have an excellent relationship, with joint podiums they hold hands.

“She is small, but a real fighter. This is her superpower, Stilyana has a big heart, Kalain said. Why are we holding hands? Because we win awards for Bulgaria, not just for ourselves. And we do it together. Competition does not affect our relations, because together we are stronger. We love each other, we support each other, and when you have someone who supports you, it’s easier for you.”