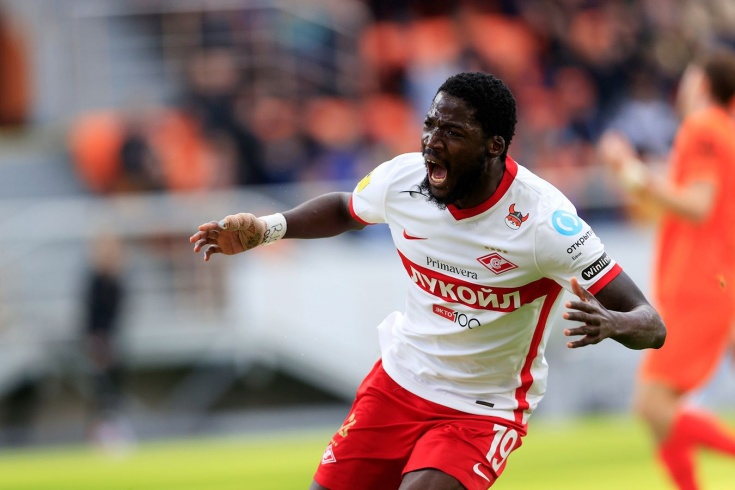 Vanoli made a very strange substitution and gave his opponent a chance.

Spartak continues to amuse with the results. After a draw and defeat in the RPL, the red-whites arrived in Yekaterinburg in the 28th round. And gave another controversial game.

Spartak, in the absence of the disqualified Georgy Jikia and Samuel Zhigot, had Nikita Chernov, Ruslan Litvinov and Maximiliano Kofrier in the center of defense. Of the other interesting moments – Danil Prutsev in the center of the field and a pair of overall forwards in the person of Alexander Sobolev and Shamar Nicholson.

The first 10 minutes of the match were goalless, but it turned out to be intense. The teams immediately set a high pace of the game and exchanged sharp attacks. This skirmish resulted in the goal of Spartak. Corner serve – Nicholson jump – 0:1.

The goal had almost no effect on the picture of the game. Ural combined great and created chances, but Spartak had excellent counterattacks. Moreover, if usually the red-whites attack with the help of long passes from Jikia, then this time they were not needed. “Spartak” worked at the bottom, despite the presence of two forwards capable of clinging to the ball on the second floor.

In the 26th minute, Spartak scored the second goal, and this is class. Moses developed an attack through the center, rolled out Nicholson, Shamar processed and easily dealt with Ilya Pomazun. The Jamaican already has five goals in 10 RPL matches – strong.

After the second goal, Spartak continued to fly. In the 28th minute, Mozes managed to overtake Leo Goglichidze in the penalty area, initially losing in position, and almost from zero angle pierced the ball into Pomazun’s “house”. 0:3.

For Ural, three punches from Spartak turned out to be a blow. The team of Igor Shalimov came to his senses closer to the break. Shortly before the whistle, Ural resorted to its secret weapon, but it did not work – Eric Bikfalvi’s kick through himself was unsuccessful. Referee Vladimir Moskalev did not even add anything to the first half.

The statistics are telling. In the first half, Ural had more ball possession (57 percent), but Spartak punished. On shots 13:7 in favor of the red-whites, on target – 8:0, on obvious moments – 2:0. Spacing. 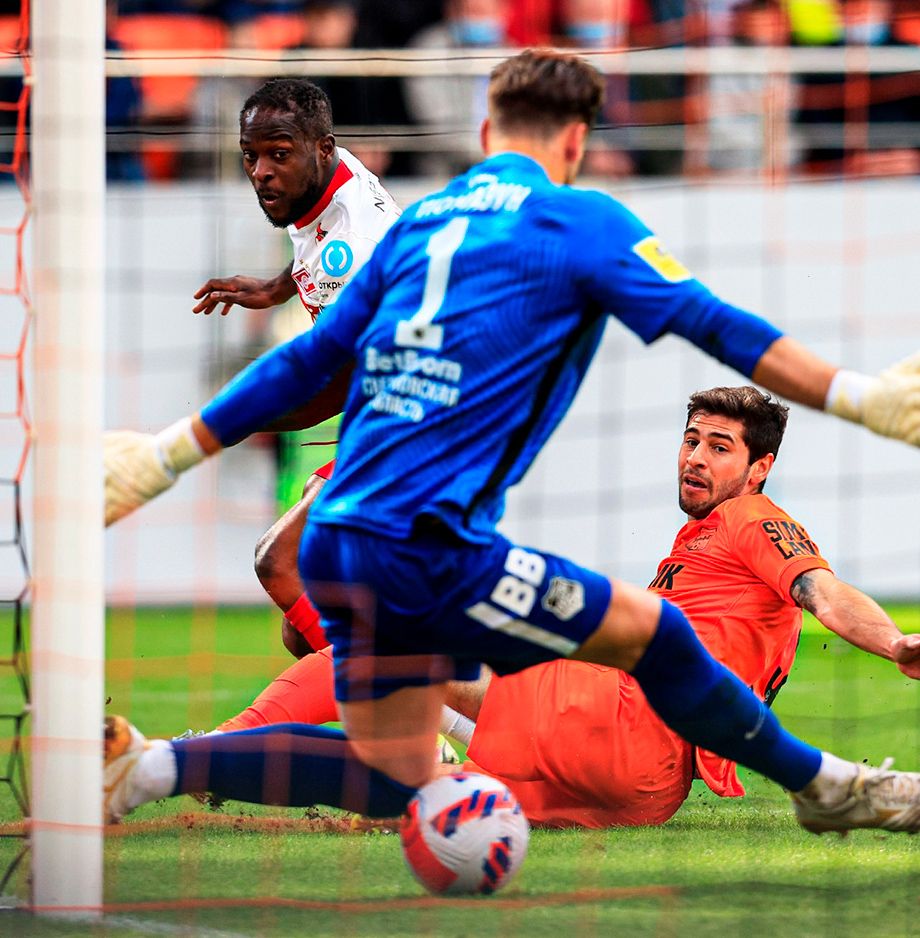 In the second half, Ural came out charged. In the 49th minute, Spartak was lucky (the ball hit the post), but in the 55th minute, it wasn’t. Goglichidze redeemed himself for the moment with the third goal of the red-and-whites and practically repeated the trick of Mozes – he hit the “house” of Alexander Selikhov. 1:3.

Half an hour before the end of the match, Paolo Vanoli performed something strange. The Spartak coach removed Nicholson from the game, who was going for a hat-trick and was clearly very upset about the replacement. But this is not the main thing – Nikolai Rasskazov entered the field. Defender instead of attacker.

Spartak almost conceded right away. And in the future, “Ural” continued to put pressure, but did not bring the matter to a goal. By the middle of the half, the hosts sat down, and Vanoli hastened to take advantage of this – he released Zelimkhan Bakaev and Mikhail Ignatov to add creativity ahead.

Vanoli’s second move didn’t work. Spartak didn’t have any chances, but Ural stepped up and pressed the red-and-whites to the goal. Moskalev threw five minutes to the main time, and the guests survived.

The statistics of the second half are a huge contrast against the background of the first, where Spartak played brightly. “Ural” possessed the ball 70 (!) Percent of the time, struck three shots on target (against zero). If you are asked for a brief retelling of this match, you can fit into two phrases: Spartak smashed the Urals, and then stopped playing.

How good are the legionnaires of Spartak! Calmly rolled out an outsider. LIVE

What about the table? Spartak has risen to eighth place and is waiting for the results of competitors. Ural, which until recently seemed the most boring and one of the most unconvincing RPL teams, interrupted a series of two victories and remained in the joint zone. But with such a game, relegation can be easily avoided.