Still, there will not be left without KHL legionnaires, although a couple of months ago it seemed the opposite. We definitely shouldn’t wait for the Finns and Czechs we are used to, but we can negotiate with the rest. 90% of them will be North Americans, despite some exceptions such as Daniel Zaar, with whom Torpedo has allegedly already agreed to return to the team. 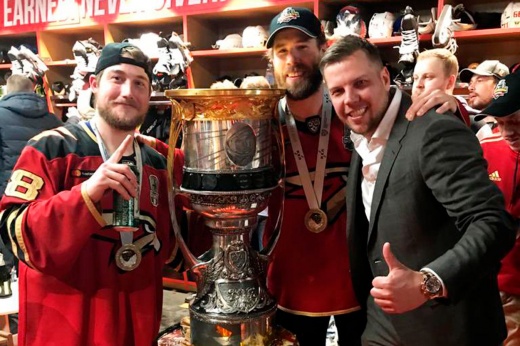 What will happen to foreigners in the KHL? Tells the chief agent of the legionnaires

The first example was set by Vityaz, who signed Zach Mitchell and defender Jeremy Roy. If Mitchell has already adapted to the KHL, then Rua came from the Slovak league, where he unexpectedly left after strong seasons in the AHL. And it is the NHL Farm League that will become the main resource center for the KHL in this championship. Who can be pulled out by our clubs?

The former San Jose goaltender set a rare milestone by making a biscuit in his first NHL game. True, after that he spent only three games in the major leagues in five years. Perhaps the point is in size – 185 cm Troy for the modern NHL is actually no longer tall. 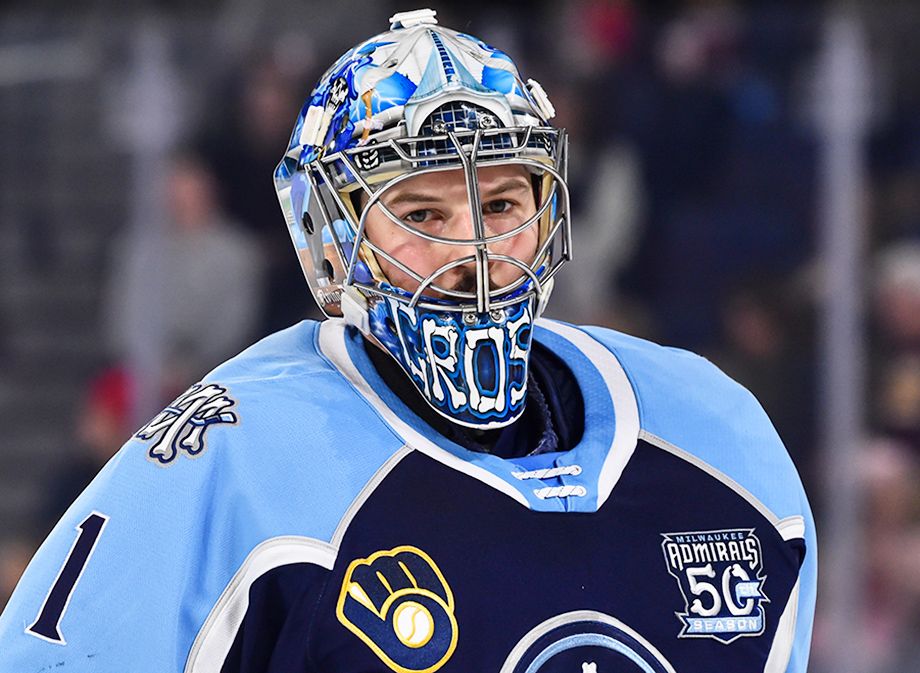 But for the AHL, a couple of extra centimeters does not play a role – Grosenyk has 93.3% of reflected shots this year, the best figure in the league. Although the goalkeeper traveled around the clubs, in any system he showed a stable level. Grosenik is an agile goalkeeper with a good reaction, who can be useful to those clubs in the top half of the table that have not yet been looking for keepers.

A few years ago, a goaltender who played for the famous Yale University was one of the top targets for NHL clubs in the free agent market. “Students” can bring a good profit at a low cost of signing, but this is not always justified – remember at least Jimmy Vesey.

The goalkeeper was noted for his stability, but it was recognized that his ceiling was incomprehensible. Well, Lyon hasn’t dropped below 91% in varsity and high school hockey, but he hasn’t risen above it as a senior either. Perhaps the goalkeeper, who relied more on technique, was also almost too small to gain a foothold at a higher level. In addition, he spent most of his career in Philadelphia, which can ruin the career of almost any goaltender. But now Alex is 29 years old – at this age, Akhaelians usually think about Europe.

As early as last year, as it was reported, the defender, who was then playing for Columbus, was first offered to Dynamo Minsk, and then Avangard considered him as a potential replacement for Oliver Caskey. Now the Finn is not in the club, and the Slovak Yarosh came, rather, to replace Pokka – maybe it’s time to return to the option in the person of the seventh defender-scorer of the AHL?

The defenseman, who has bounced around many clubs in the NHL, most often played in either the third base pair or the top five in the AHL. There he acted as a “quarterback” who conducted the majority and dispersed the attacks, but who does not have enough data to do this in the NHL. At the same time, Klendening is not a black hole in defense, it has good dimensions. Finally, he is right-handed, which is doubly advantageous for the current market. 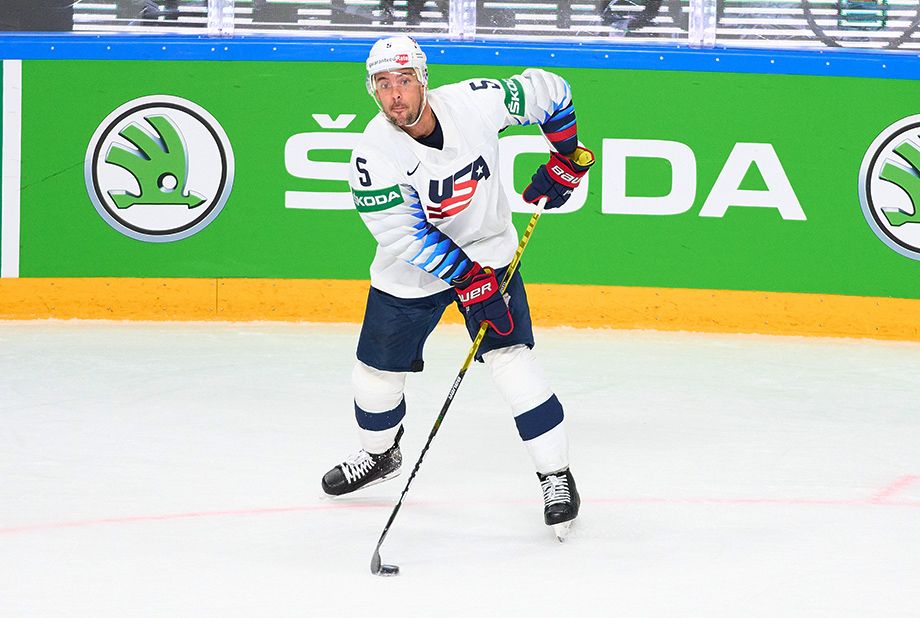 The French Canadian is only 24 years old, and at that age they rarely come to the KHL – however, most recently we saw Brennan Menell in the league, who played very well in Minsk, but could not make it a springboard for lifting in the NHL. Lajoie belongs to the Carolinas, where the first two pairs are occupied by Slavin and Shay, and for the third pair you have to be a homebody.

Lajoie, on the other hand, is a player who needs to play in the first pair, but the NHL lacks smarter defensive play for this. In the opponent’s zone, he can make very risky, but sharpening decisions, he reads the game well, and is a good playmaker. The case for small – to invite to the KHL.

If Klendening was supposed to be brought to Avangard to replace Casca, then the Finn, in turn, actually became a replacement for Curran. In the Swedish league, the Canadian broke all records, became the MVP, had already agreed with Avangard, but received an offer from Anaheim and at the age of 30 fell into the NHL, having paid substantial compensation for terminating the contract.

Despite his considerable age, the rights to the Canadian due to such termination are assigned to the KHL club – this is Lokomotiv, which received them in exchange for Tseglarik. In his two years in the AHL, Curran had dropped his shares a little – perhaps the rights would be exchanged for some poor club. Rumors circulated in May that the purely attacking defender would return to the Swedish league, but so far nothing concrete has been born.

“Small, but very skilled – however, hardly so skilled that his skills would help compensate for the size if it comes to the NHL,” DobberProspects succinctly characterized the forward. Anas is a typical North American preferred in the KHL: an oversized technical center (175/73).

The NCAA-schooled forward knows how to scatter other people’s defenders purely at the expense of his hands, finds partners with smart passes and can generate an attack of the entire link on his own. In the AHL, he was successful with any partners in different systems, but because of his size he did not even get a chance at the base.

The brother of the former Neftekhimik and Avangard forward belongs to the same class of players as Anas mentioned above. Moreover, for quite a long time they played together for the Minnesota system and periodically went out in one link. Nevertheless, Ro has more than just technique – he has sporadically appeared on the ice in the lower links of the Minnesota, where he plowed as best he could. The Savages fan site gave him a C for playing last year, but an A for effort. 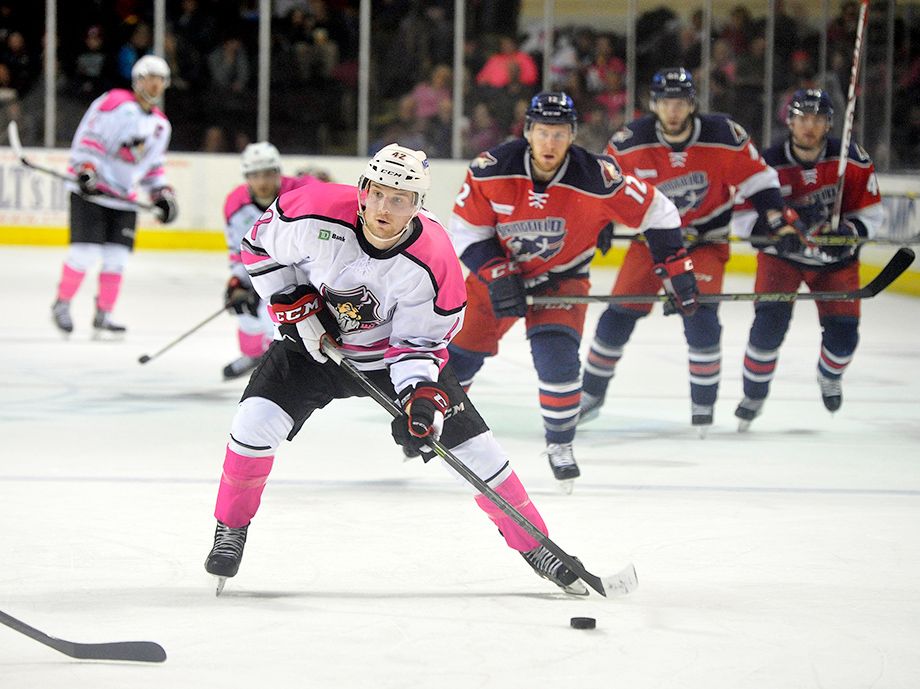 If Ro comes to the KHL, more points will be expected from him, and diligence in defense will already be a pleasant bonus. The miniature forward can play both in the center and on the flank (although he has been more often a winger lately), scores a lot of goals, but more often not due to a shot, but due to being in the right place at the right time.

Petan was named among those players who were interested in Avangard. However, after the re-signing of Knight, it would be logical to look for a player who is more likely to focus on defense for the second link. The winner of the MFM-2015 is not a pure Akhaelian, all the years of his play in the league he divides his time between the two leagues, but he could not fully gain a foothold in any of the clubs. Perhaps Vancouver gave him one last chance in the NHL.

Petan still has the same problem: a technical playmaker well above average in the AHL, but lacking the size and defensive skills to play in the NHL’s bottom six. This year, by the way, although the forward rarely played at the base, he most often played on a line with Vasily Podkolzin. The neighborhood with the “Russian McDavid” and rare appearances in the majority’s special brigade did not help either. Although the CanucksArmy website praised his AHL goalscoring exploits, Petan received a “2 plus” for his first game.

It is unlikely that the KHL clubs will take a course only on purely attacking kids – they need guys who can both defend and win points. A few years ago, Jankowski had his best season in the NHL with Bill Peters’ ultra-attacking Calgary, and now he has not established himself in the basis of the tanky Buffalo, going to the farm club.

Some telegram channels also linked the striker with Avangard, who would need a second center with good defensive skills. Largely thanks to them and solid dimensions (now 193/96), Jankowski was chosen in the first round. However, he did not show the productivity level of the peak of the first round – Calgary fans believed that it was a matter of lack of luck.

In our time, it is quite possible that people who have not played in Russia before will no longer go to the KHL. The guys who played with us rarely come back – basically their career is already in Europe. Chris Terry is a rare exception: he spent the end of the season before last in Torpedo, and last year he played in the Islanders farm. 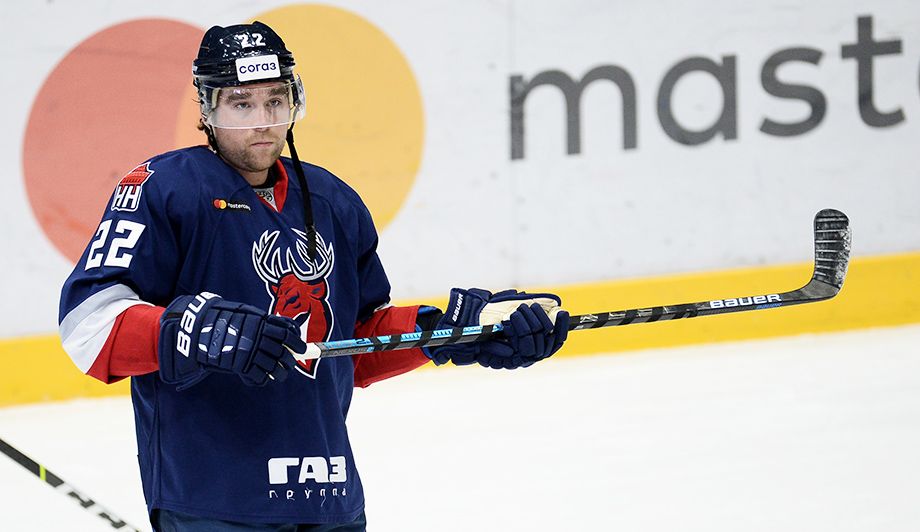 Terry is a pure shooter and has shown his shot during his short spell in the KHL. He is not very fast, perhaps not the most pumped-up player in history (87 kg at 178 cm tall), but he has excellent hockey intelligence, he is not afraid to be exposed to throws, he works out well in defense. On paper, this is a great acquisition for any club in the middle class in the KHL.

The most obvious option remained at the end of the text. To sign a man who scored 100 points and became the top scorer in the AHL for the second time in a row, you can, as they say in Yekaterinburg, not have a selection department. In November, it was already reported that three top KHL clubs were interested in the striker, but then it was necessary to pay for the redemption of his contract.

It is quite possible that after such a powerful season, Poturalski will want to get another chance in the NHL – but will they? The creative forward has torn apart the AHL all his career, but in the major leagues he received only four games by his 28 years. His game profile is wildly similar to all those described above – there are brains, physics and dimensions are not enough.