Do you remember how big penalties were introduced in hockey? In the spring of 2019, in the seventh match of the Vegas-San Jose series, Cody Eakin of the Knights pushed Sharks captain Joe Pavelski in the chest. Joe fell very badly, hit his head on the ice and stained it with blood. At the moment it looked scary, so the judges gave Ikin a five-minute penalty and removed it to the end.

“San Jose”, losing in the middle of the third period 0:3, was able to score four goals in five minutes and win the decisive match in overtime. However, despite Pavelski’s injury, Ikin’s violation itself did not attract the “five”: such grave consequences came through negligence. The NHL suspended judges from work, in the new season introduced the viewing of large fines, which European leagues, including the KHL, very quickly borrowed. 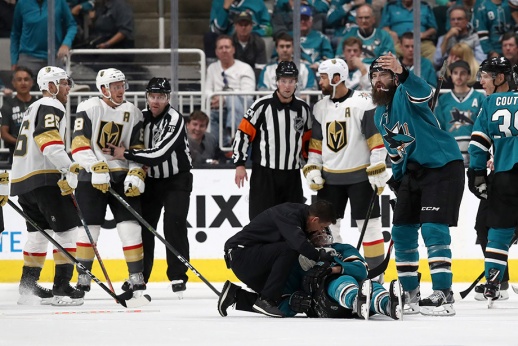 The NHL has apologized to Vegas for the referee’s mistake. The scandal faded quickly

It turns out that the video is not always visible. This applies not only to viewing goals, where it is sometimes difficult to find a puck that disappears somewhere under the goalkeeper’s ammunition or is covered by his mighty torso. It would seem that suspension reviews are much simpler and more obvious, but in one month, KHL referees made two wrong decisions in situations that seemed pretty simple from the couch.

First, in the game Salavat Yulaev – Spartak, Yaroslav Tsulygin was seriously injured, who, after a trip from Shane Prince, hit the board. The young defender was taken off the ice on a stretcher while the cameras caught the shocked father on the SU bench. Prince got “5 + 20” for the bandwagon – but only for KFOR to cancel it the next day. This did not affect the course of the game, “SU” in the majority did not score and lost.

The day before yesterday, the plot was repeated – in the game “Torpedo” – “Avant-garde”, the forward of the hosts Yu Sato went on the ice after a collision with Semyon Chistyakov. A rather lightweight Japanese flew away in such a way that it really looked scary at first glance. Numerous repetitions, however, showed that this did not look like a violation – Chistyakov played shoulder to shoulder. When the judges announced that Chistyakov received 5+20, Leonid Weisfeld, who commented on the match, was very surprised and said: “Do not believe your eyes.” 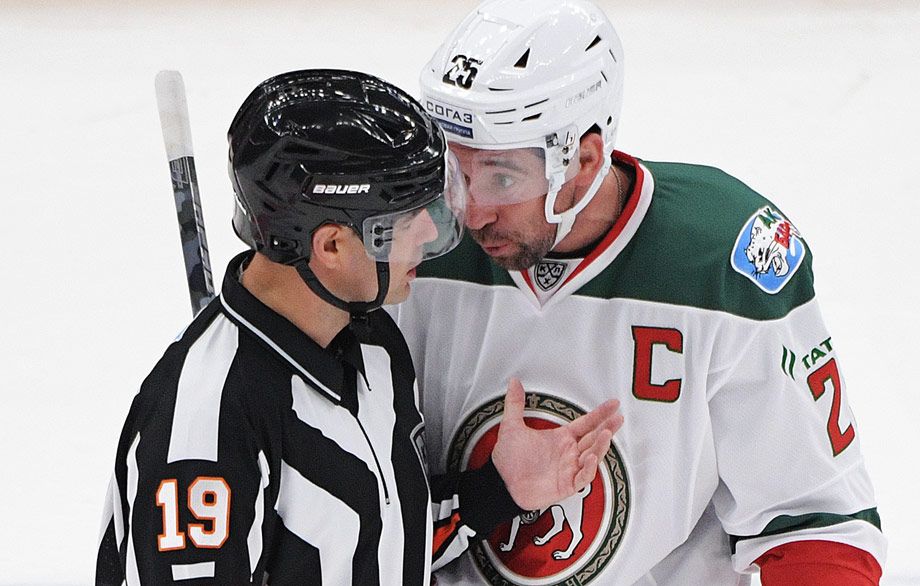 The same fate awaited Chistyakov’s fine as the Prince’s one – it was canceled. But there is a significant difference – Larionov’s team was much more effective in the majority and scored twice. The removal took place at a score of 1:1, literally a minute after the guests equalized the score – and, of course, it completely changed the course of the game. It seems that both decisions were made on the consequences of the moment – exactly what was fought against with the introduction of video replays. 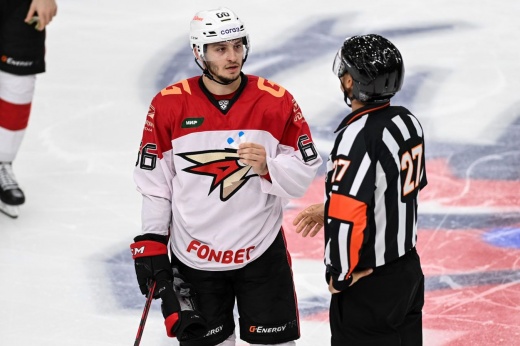 Big judicial scandal: the referees nailed Avangard with a fictitious removal. Results of the day KHL

It is significant that two matches were officiated by the same referee – Maxim Sidorenko, who worked both at the World Championships and at the Olympics, serving KHL games for a long time. Apparently, no sanctions were applied to him – today he worked in Balashikha for the game “Vityaz” – “Siberia”.

Of course, we do not know which of the pair of chief judges made the decision – although it is understood that it is joint. The decision to fine Prince was voiced by referee Sergei Kulakov, who has been judging since the first season of the KHL: he, however, did not receive appointments from September 14 to 20. What sanctions will be applied (and whether they will apply) to Denis Naumov, who announced the fine of Chistyakov, is also unclear.

In this regard, it is interesting to compare how the approach of the KHL and the NHL differs. Our league is very good at explaining its decisions, albeit usually after the fact. There is no analogue of the Referee program on the NHL Network and there never was, we also rarely see clarifications from the NHL refereeing department. When the 2019 playoffs were marked by wild scandals, the NHL effectively withdrew itself from commenting on controversial situations or responded in the style of “fuck off us.”

But at the same time, the NHL operates. Referees who make major scoring errors are suspended from work. Judge Tim Peel, who publicly admitted that the judges equalize fines, was removed from the league altogether – even if the people who tacitly established these rules were not punished. These decisions are announced publicly. Does the KHL explain the methodology of their penalties? We have discussions, but no real solutions.

For example, many should remember that in the playoff series SKA – Spartak, one of the judges sent goalkeeper Julius Gudachek to a clear place – it was easy to read on the lips and at one time was discussed for a long time. The KHL could somehow reassure the audience, but this referee was simply not appointed to Spartak’s matches the next season while the Slovak goalkeeper was playing there.

Perhaps the fact that the KHL has not yet removed the referees who made mistakes is due to a change in the judiciary. Czech and Latvian referees, who were part of the league’s elite, were forced to leave the league, Roman Hoffman, one of the most notable judges of recent years, left for the DEL. The league began to attract people who did not have Kahael experience to the main referees, the bench became corny shorter.

Leonid Weisfeld in his last comments to the “Championship” says the same thing: “Of course, many experienced referees left, it affects. In general, I like the way they judge in the KHL, but in the game Torpedo – Avangard, the work of the referees disappointed me […] But in general, I think that the quality of refereeing is high, even despite the departure of experienced guys.”

However, the public probably wants one thing from the league – an understandable and public punishment of the guilty, not necessarily heavy. But it is quite possible for the KHL to explain who made a mistake and with what consequences for itself, but so far it has not done so.