Home News "What is his fault before Ukraine?" Byshovets stood up for Tymoshchuk 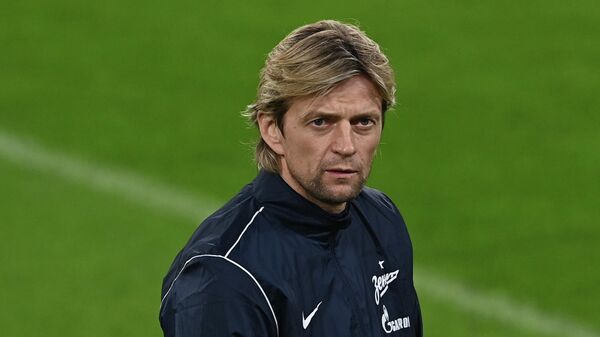 Byshovets: I don’t understand Tymoshchuk’s guilt before Ukraine, athletes should be out of politics

MOSCOW, May 6 – Former head coach of the Russian national team Anatoly Byshovets stood up for the Ukrainian coach of “Zenith” Anatoly Tymoshchuk.
Earlier, the Ukrainian Football Association deprived Tymoshchuk of his coaching license, state awards and sports titles at the domestic level. He was excluded from the official register of national team players and received a life ban from football activities.
“I think it’s stupid. Instead of being proud of their players, who brought glory to Ukrainian football, they are anathema. He was the captain of the national team after all. Moreover, he adequately represented it abroad (he played not just in the leading European championship , but in Bayern). I don’t understand Tymoshchuk’s guilt. Does he have to leave his favorite job, break the contract? It’s very difficult. Athletes should be out of politics, ”Byshovets quotes Sport Weekend.
Tymoshchuk played for Zenit as a player from 2007 to 2009 and from 2013 to 2015. Since 2017, the Ukrainian specialist has been a member of the club’s coaching staff.