Home News When the RPL match “Spartak” – “Zenith”, who is the favorite, bets...

On May 15, Spartak and Zenit will play in Moscow as part of the 29th round of the RPL. The meeting no longer carries a tournament value, but the principled confrontation, as always, goes off scale, because Spartak got a humiliating 1:7 in the first round. Will the red-whites be able to take revenge?

Bookmakers believe that St. Petersburg will win again. You can bet on the victory of “Zenith” with a coefficient of 1.82. Spartak’s chances were rated at 4.10. For the same odds, you can bet on a draw.

Zenit is not as strong as in the first round

In the first round, Zenit simply did not leave a stone on a stone from Spartak, but now the club from St. Petersburg is not so strong. Serdar Azmun and Yaroslav Rakitskiy are no longer in the team, and Dejan Lovren has been in treatment for a very long time. Stanislav Kritsyuk and Vyacheslav Karavaev are injured. Another thing is that the remaining resources, especially in the attack group, were more than enough to become champions ahead of schedule. The competitors of Petersburgers are too unstable.

Of course, the team of Sergei Semak will take the upcoming game very seriously. But at the same time, there is no pressure on the team, you can play for your own pleasure.

Spartak on the rise

The red-and-whites solved the problem – they kept their residence permit in the RPL, no matter how cynical it may sound. In general, for Paolo Vanoli’s team, the main tournament is the Russian Cup. And that’s where the team is doing very well. Last week, Spartak beat Yenisei in the semi-finals (3:0) and reached the decisive round of the competition, where they will face a crucial match with Dynamo.

Of course, the red-whites will approach the match in a good mood. Moreover, the winning streak of the team already has 3 matches. And by the way, Spartak scored at least 2 goals in each of them. Well, Paolo Vanoli has already managed to recall the defeat in the first round and thus motivate the team for the upcoming match.

And then there’s the story of the championship corridor. The media started talking about whether Spartak should make it for Zenit. Surely this story will also give emotions to the Muscovites, even talking about the possibility of such a corridor is an additional motivation for the team. Let the match for “Spartak” and does not carry a tournament value.

What to bet on?

Paolo Vanoli will definitely not, like Rui Vitoria, get involved with Petersburgers in open football. Spartak will try to play second and carry out quick counterattacks through the flanks. Fortunately, the Muscovites’ attack is now in order. It is logical to bet on the fact that both teams will score: in defense, both of them are experiencing problems, but everything is going well ahead for both of them. The coefficient of 1.55 is small, but reliable.

“Spartak” has not won against “Zenith” for 4.5 years, but at the same time, at the “Opening Arena”, the red and white, if they lost, then no more than by one goal. Therefore, you can take the victory of Spartak with a handicap (0) for 1.41. Again – a little, but reliably. In general, in the last 4 matches in Moscow, the clubs have one victory and two draws. So we can consider the non-losing of the Spartacists for 2.05.

A derby is a derby, so we are waiting for uncompromising, emotional football with a lot of controversial moments. A penalty in a match goes for 2.35, sending off – for 2.95. You can bet on the fact that there will be both, with a coefficient of 5.50.

Artyom Dziuba and Spartak are a special article. The forward parted with the red-and-white club not on the best note, the fans hate him, and Artyom himself regularly upsets Spartak. An interesting bet is that the striker will score more in this match than the entire Spartak team. The coefficient of this outcome is 7.30.

Even if Spartak and Zenit no longer have tasks in the RPL championship, the match will not cease to be fundamental. Looking forward to great football. Good luck bidding! 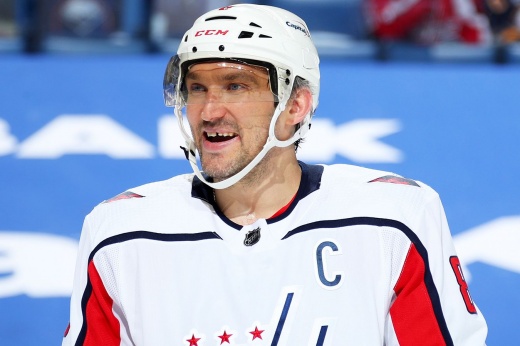